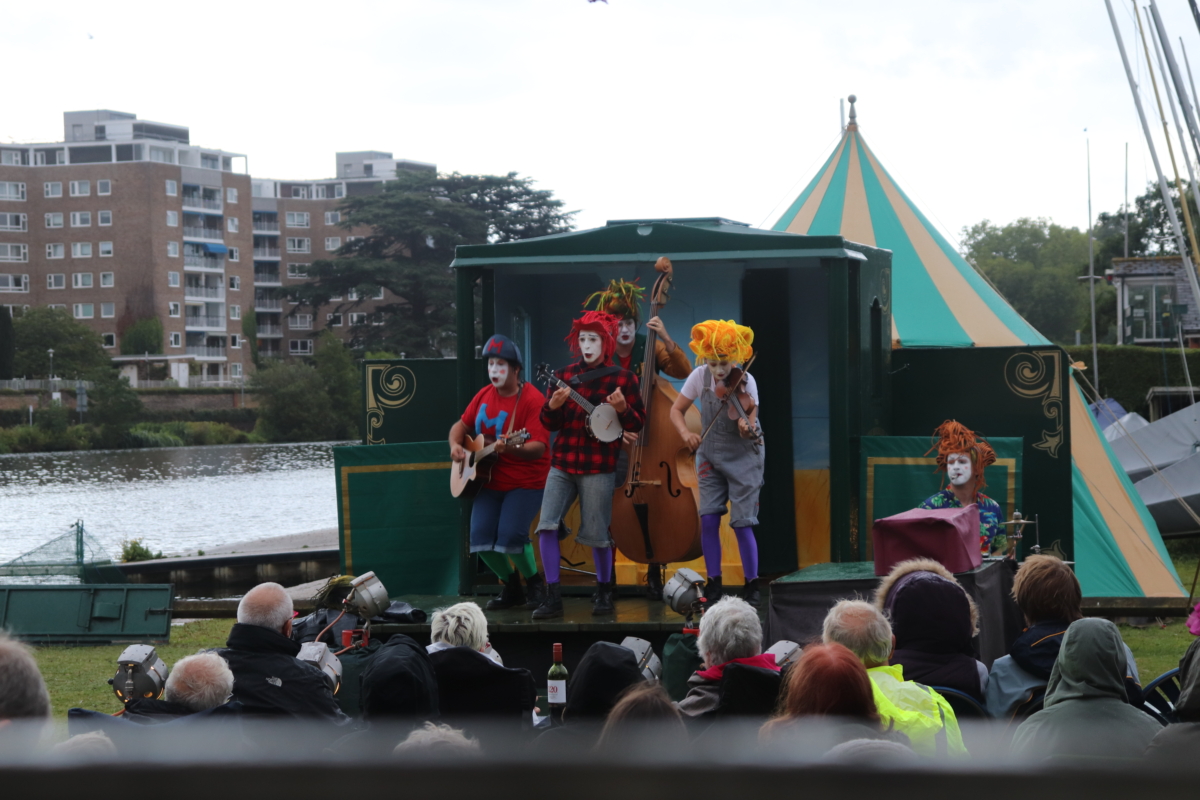 The capacity audience was wowed by the acting, singing and musicianship of the company.  The performance was originally planned for June, but was rained off.  There was great relief all round that the performance could take place on Tuesday 30th July.

There was an anxious moment at the start as there was a sharp shower, which temporarily stopped the play.  However, after a few minutes the cast started again, and were able to continue without a further hitch.

Thanks to all involved for such a fun evening.