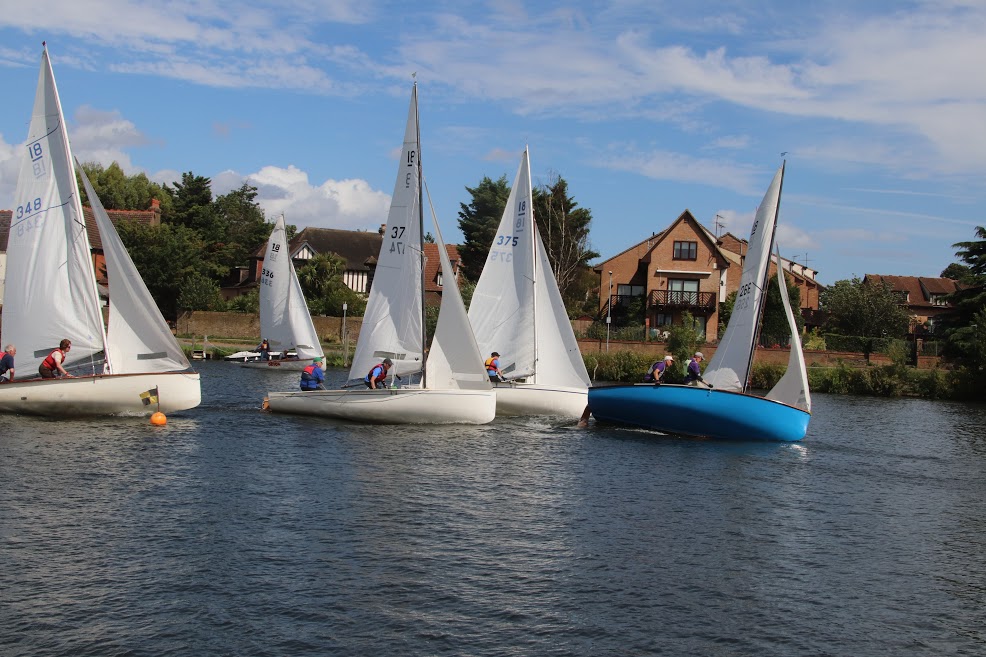 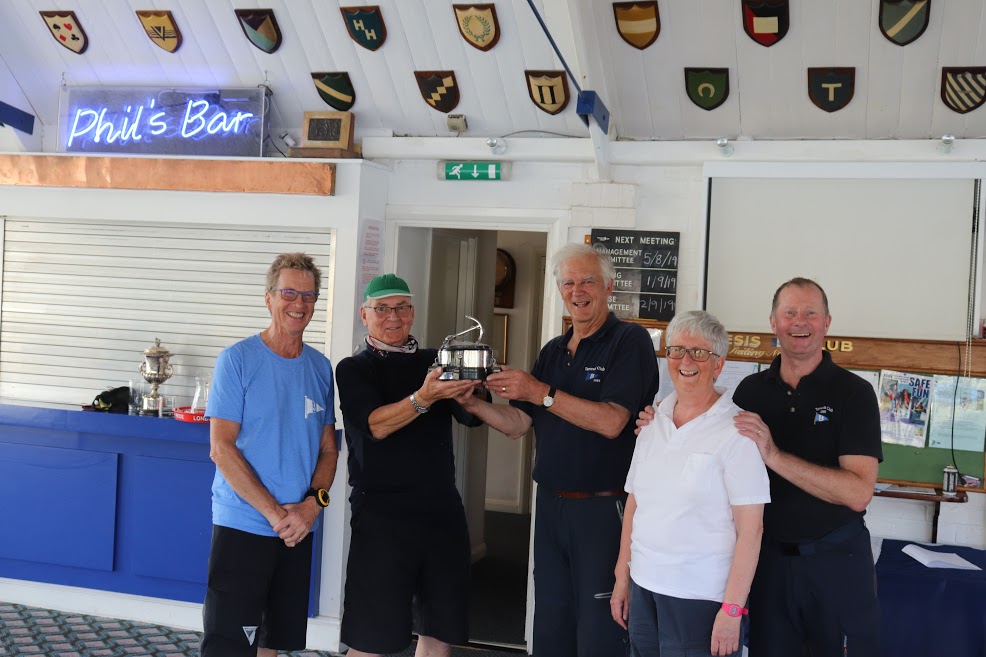 The  Adelaide Cup and the Tamesis Anchor are two prestigious trophies which are sailed for annually by the National 18′ fleet.

The event was postponed twice but finally run on Saturday 17th August.  The forecast was for strong winds, but the south westerly provided some exciting sailing above the island for all three races.

Six boats turned out for the first two races.  Unfortunately Peter Impey in Odyssey was forced to retire due to gear failure, so was unable to  compete in the third race.  All races counted.

Henry de Fries crewed by either Peter Johnson or Carolyne Vines in Zephyr and Charles Fox crewed by Stewart Colley in Genevieve were neck and neck for a lot of the three races, but Zephyr clinched both trophies with three wins, both on the water and on handicap.

Thanks to Race Officer David Baker assisted by Jim Green in the box, Peter Mason, Matthew Barber and Tim Medcalf in the Patrol Boat, and Lauren and Amey for the catering.

Tamesis Anchor – first over the line