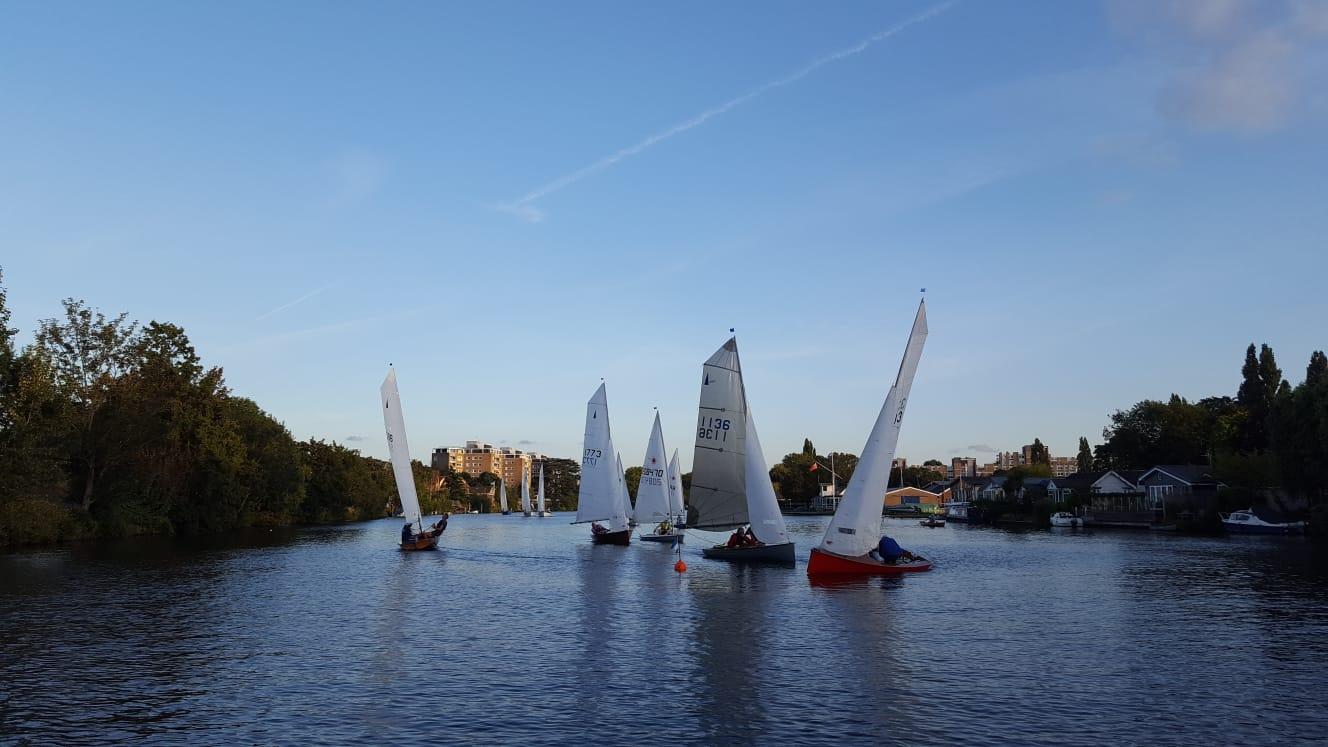 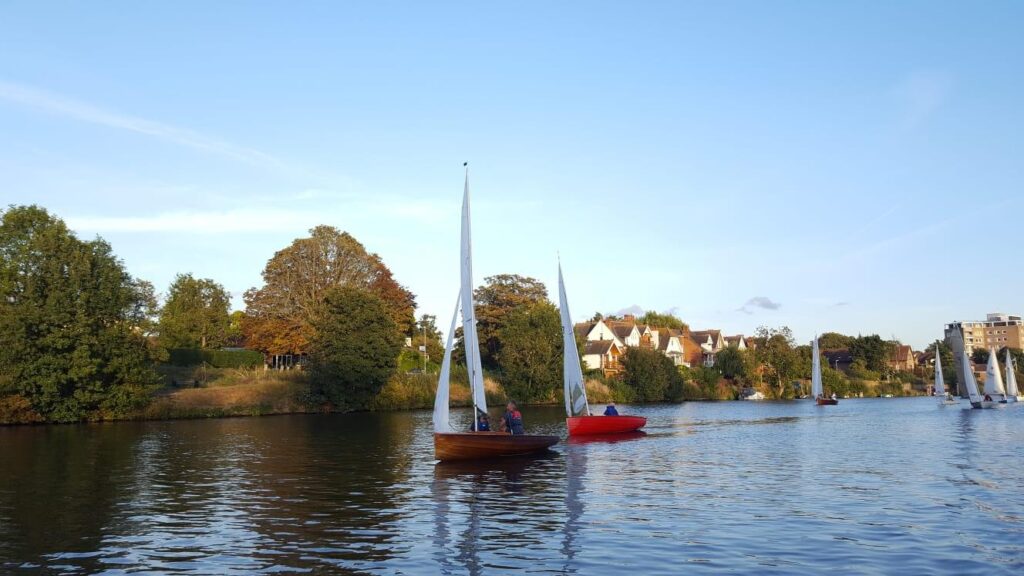 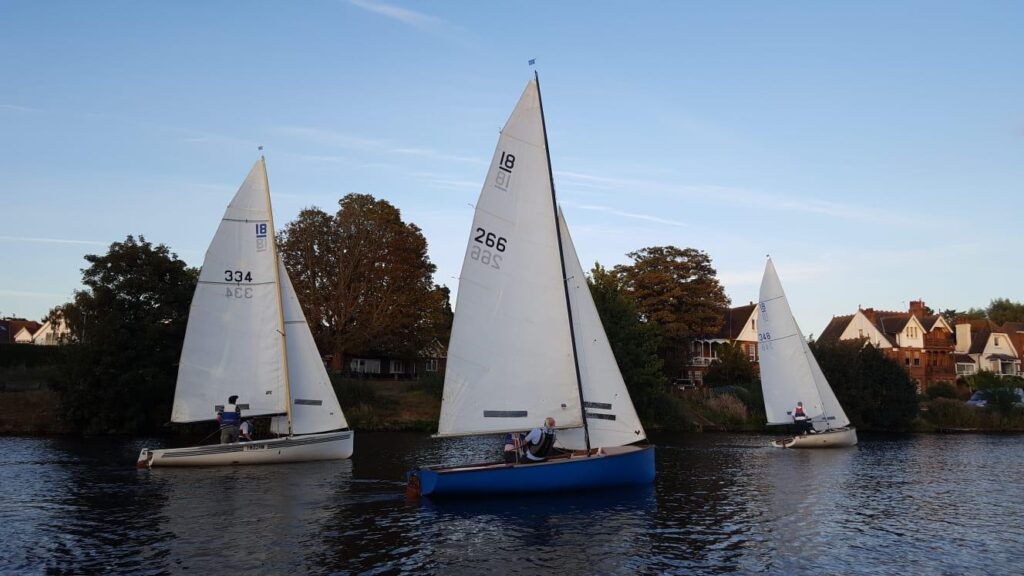 The final race of the 2019 GW Smith Trophy was sailed in a light south westerly wind but one which persisted for most of the evening and gave a very enjoyable final sail.  The racing started at 7 to allow for the ever shrinking days, and to provide a slightly earlier supper.

Eleven boats came to the start line and Tim Medcalf, ably crewed by Matt Key took an early lead.  However he was then passed by John and Zoe Adams who led for the middle two laps.  Tim was not to be denied however and retook and held the lead on the final lap to finish first on the water.  He was not to retain his lead on handicap as Charles Fox and Robert Blakebrough in the N18 Genevieve came through  Chris Pollard and Carolyne Vines in National 18 Antedote to take first on handicap with Tim second and the Adam’s third and Jim Hamilton sailing his Firefly Fiasco into fourth.  All four National 18s were close together throughout the race.

Overall Tim did win in his Merlin Samanda, but Charles Fox in the National 18 pressed him hard finishing only one point behind Tim.  The fight for the next places was also very close with three boats separated by one point, of which Charlie Morgan in Lady Anne took third, David Baker in his Albacore Cobblers taking fourth and the Adams’s in their Merlin Saltarello taking fifth on count back.

Fifteen boats sailed at least four races to qualify for the series and overall 33 different boats/helms took part in the series.  Nine different classes of boat took part, from the elegant Mallard, through Toppers sailed by our keen Juniors to the more regularly sailed Merlins, N18s, Laser and Fireflies.

Thanks to all the OOD’s, boat crews and catering crew who work hard and well to provide goods sailing and an sociable and enjoyable break in the week.

We look forward to renewing battle in 2020.