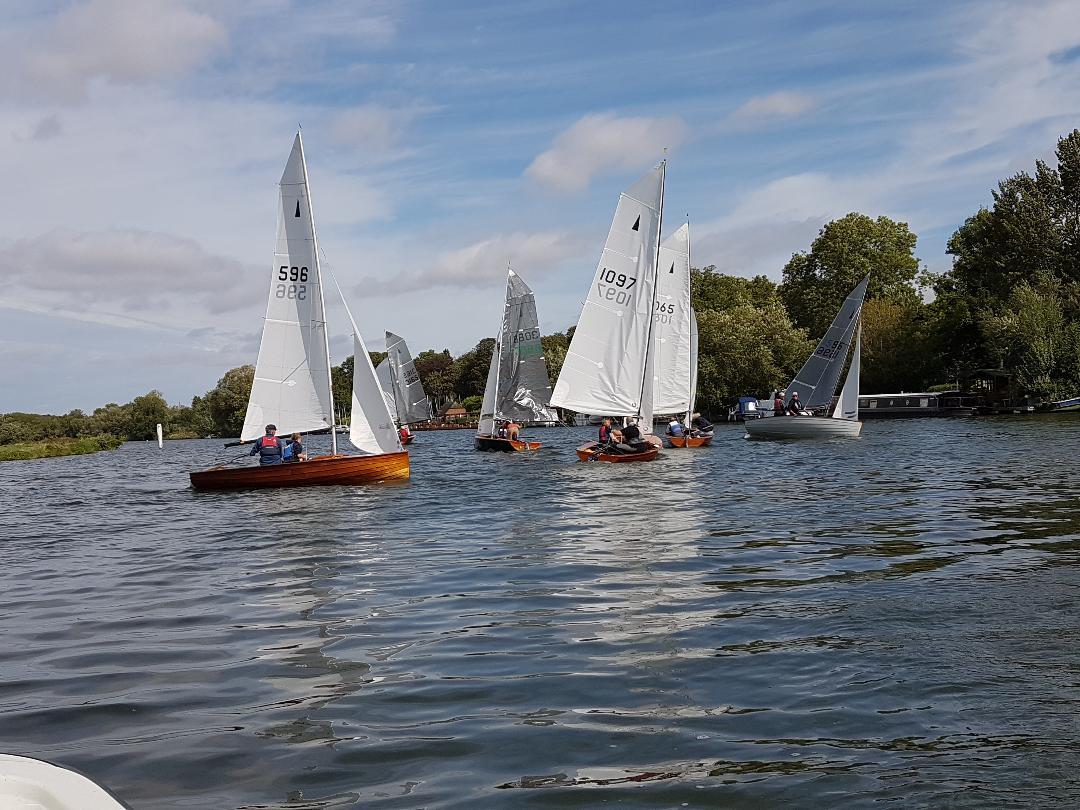 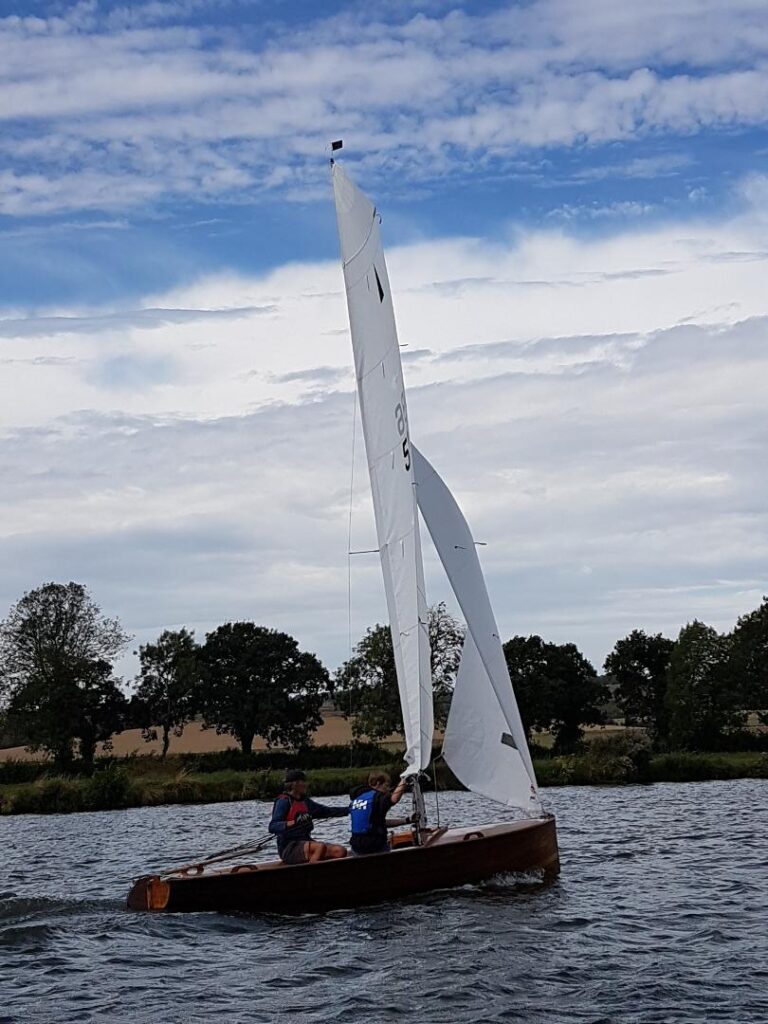 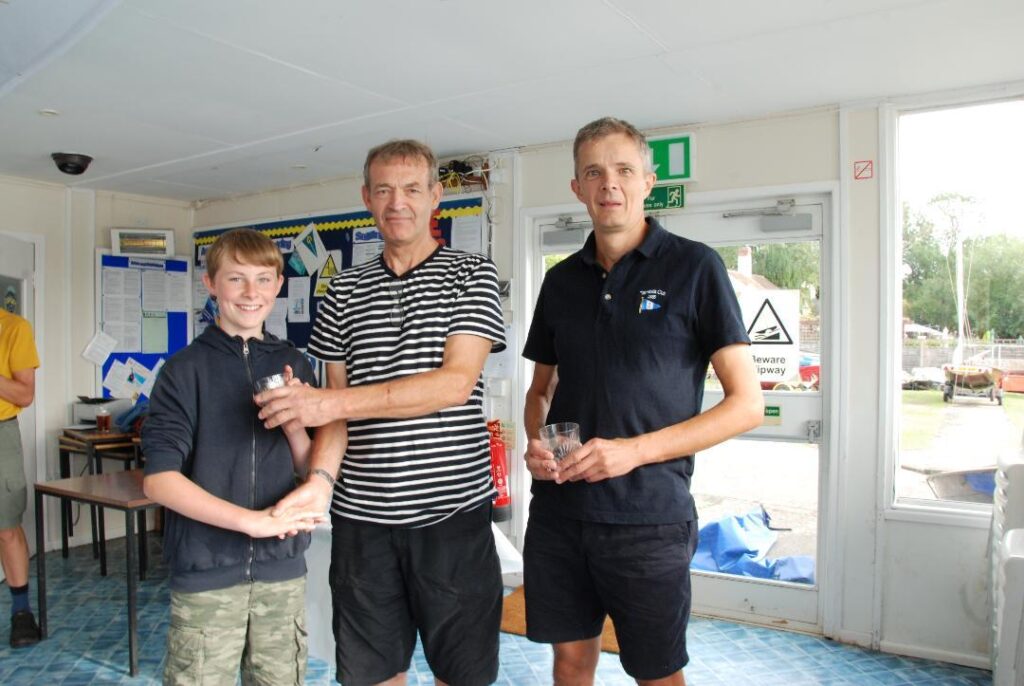 On 31 August, Goring upon Thames Sailing Club hosted a round of the Merlin Rocket DeMay series.  Seven boats attended including some seasoned crews.
Tamesis Club was represented by Tim Medcalf and Matty Key sailing Merlin Rocket 596 ‘Samanda’.
The day started with a lively and capricious wind blowing from the south-west.  The morning’s race was a learning experience on new waters and a course which included a staggered gate mark and the downwind end.  After some nip and tuck, hard-earned fourth place was achieved.
Following a welcome (and delicious) lasagne lunch, and a little bit of thought about tweaking the rig set-up, race two was a more satisfying affair with steady progress made through the fleet and a third place finish resulted.
Tea was served as the skies darkened from the west and a soaking became inevitable.
Race three started in a heavy rain squall and then settled into a pattern that will be familiar to Tammy sailors – a steady but manageable breeze with shifts twitching and flicking across the course.  Getting into the groove at last, Samanda finished second.
Having raced through an extremely varied set of conditions, Tim and Matty came third overall……….which left an intriguing ‘what if’ as Samanda had been the only boat to eschew the deployment of a spinnaker on an upwind/downwind course.  Let’s see in 2020! 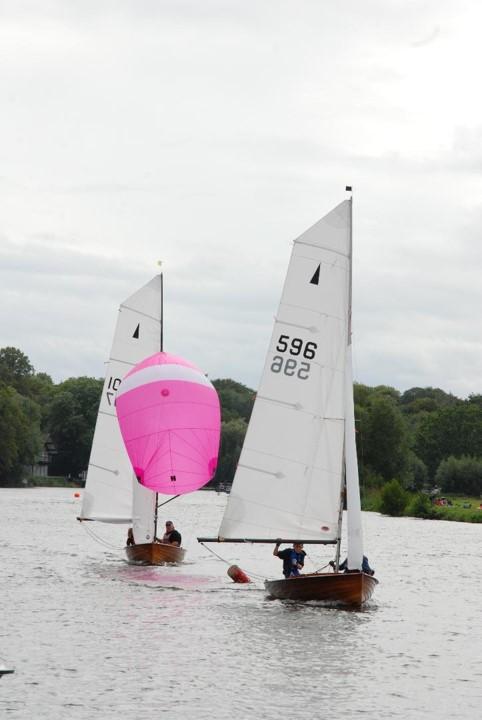