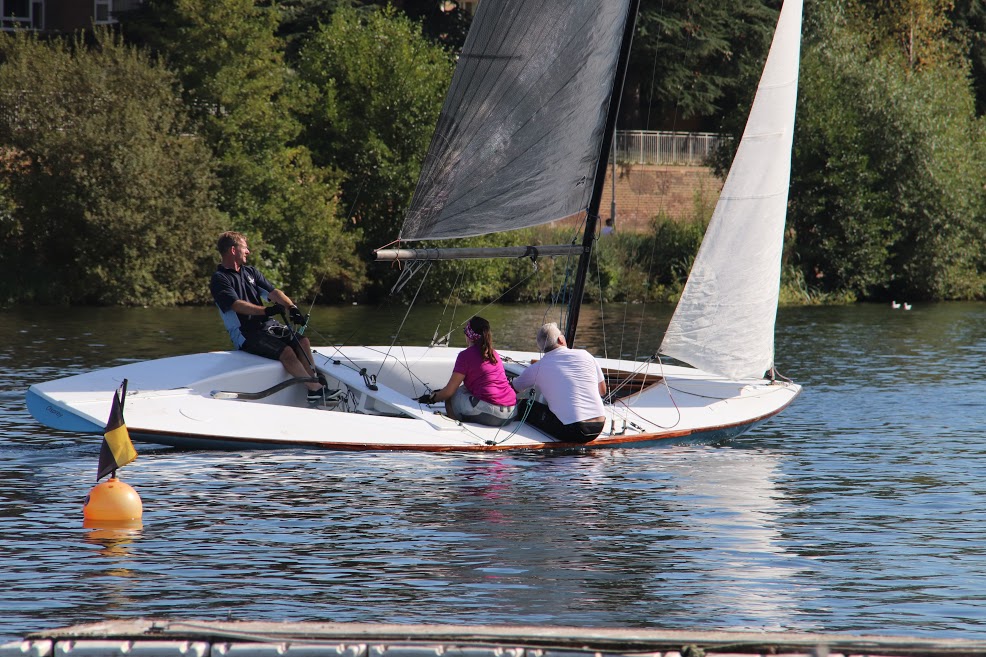 Tamesis was delighted to welcome five A Raters from Thames SC to the annual races for the Braganza Bowl/Yates Cup.  The event  takes place over two days, two races being sailed on the Saturday, and three on the Sunday.  The second race on Saturday is for the Yates Cup.

Race Officer Andrew Harris sent the fleet up past Stevens Ait to halfway up the Canbury Reach, and laid the downstream mark half way down Trowlock Island just in sight of the club.  The wind filled in from the north but there were several holes during the afternoons competition.  However, the A Raters were designed to cope with the fickle conditions on the Thames, and were not becalmed very much in the glorious sunshine.

Osprey shot out of the first start and was fifty metres ahead by the time the rest of the fleet had cleared the downstream end of the club.  He extended his lead throughout the race, and lapped the last boat.  He didn’t have it all his way in the second race being challenged a few times.  However he maintained his lead and crossed the line a comfortable first.  There was a lot of place changing further back. The fleet came ashore to tea and cakes and the welcome bar.

Sunday morning dawned bright and sunny, so in view of the light winds, OOD Jon Redding set a course for the A Raters which went a short way ‘above the island’ and a more compact dogleg course within view of the clubhouse for all others.

The breeze built slowly but enabled the first wave of starts to get underway on schedule at 10.30.  We had the great good fortune for the wind to improve and sustain during the day, thereby enabling a full program of three races to be sailed.

Racing was close, but Paul Browning in Osprey reigned supreme and won the Braganza Bowl with a total of 4 points.

Thanks are due to Race teams who did a great job – Andrew Harris, Hugh McLaughlin and Daniel Gerber on Saturday, Jon Redding, Sally and Adrian Warwick Haller, Daniel Gerber and David Jones on Sunday.

Thanks also to the catering team of Lauren, Ros, Josefine, Jo, Sophie, and  Tabitha who did a great job in the kitchen and bar. 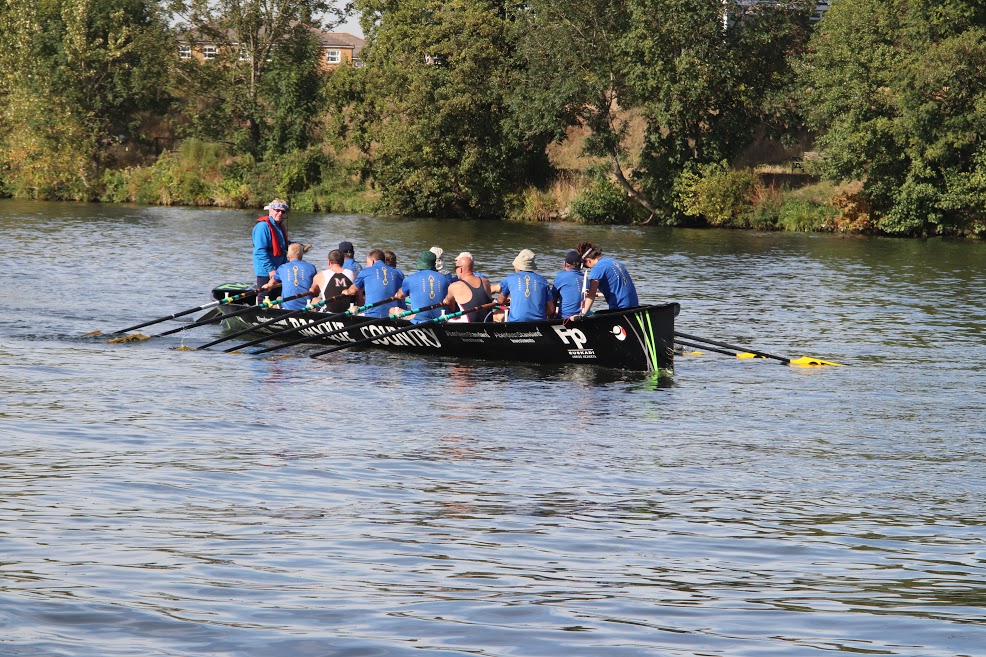 Apart from the wonderful sight of the A Raters sailing we were treated to the return of Jock Wishart and crew in their Basque Trainer Tknika who broke the course record in the Great River Race which took place earlier. 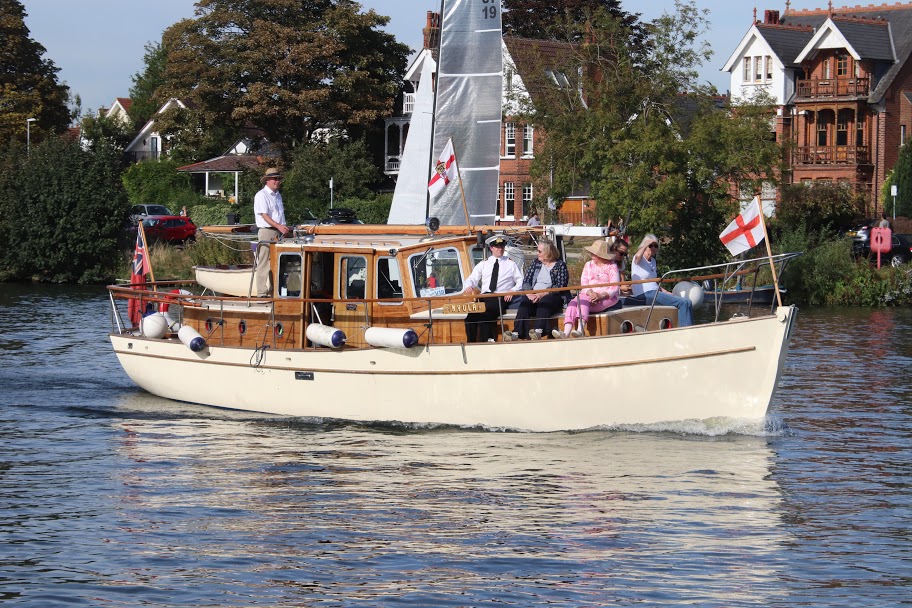 Another highlight of the afternoon was the annual sail past of the Small Ships who took part in the Dunkirk rescue back in 1940 – one pictured above.