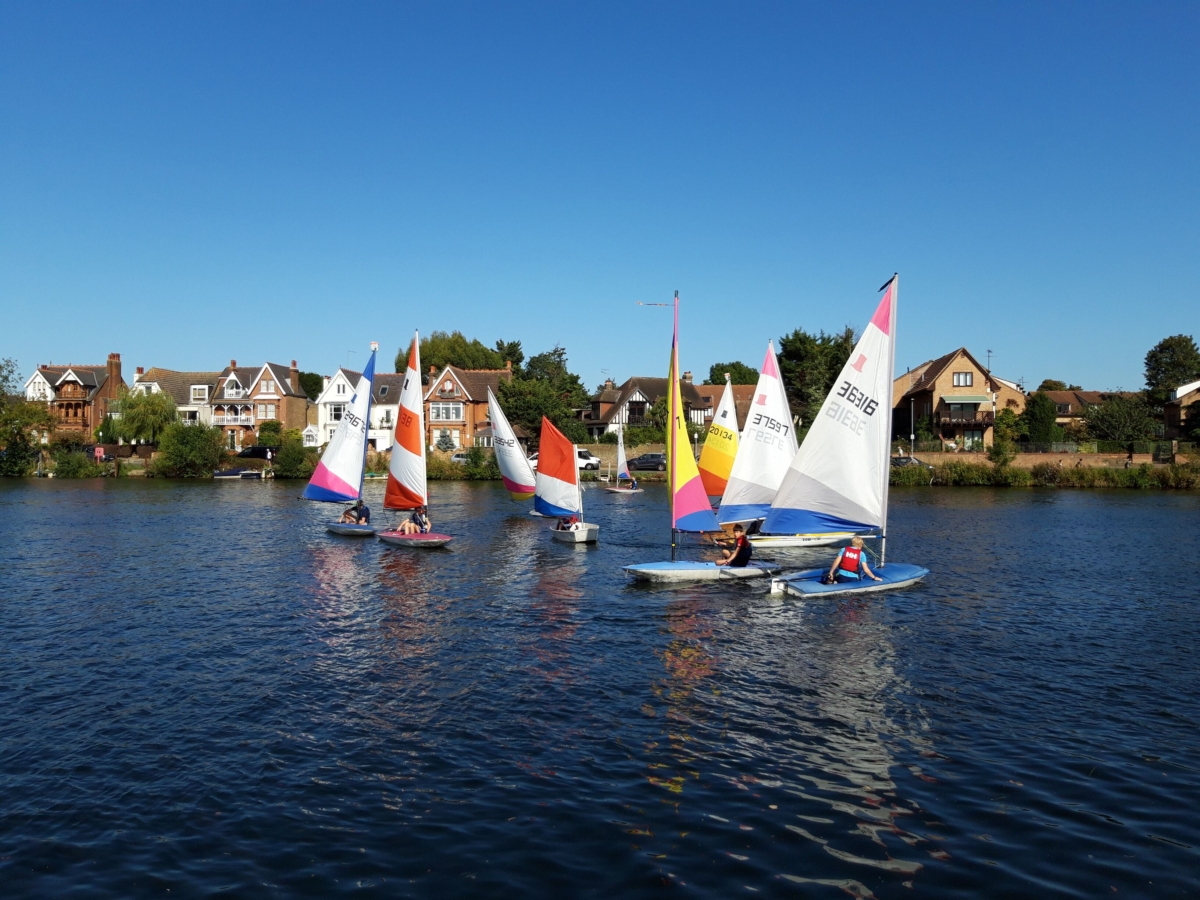 A dozen juniors took to the water on the afternoon of Saturday 21st September  in champagne sailing conditions with a good breeze and glorious sunshine.
Three races were run using a simple upwind/downwind course and there were some close contests which drew shouts of encouragement and advice from the spectators on the bank.  In many cases, final positions were decided by less than a boat length.
The Optimist fleet, which at one point included Andy Harris, was won by Sebastian Hoo.  The Topper fleet saw a hard won victory for Matty Key, with Alden Horwitz in second, and Matthew Valentine in third.
Tea and home baked cakes were served after the racing.
Thanks as ever to the volunteers who made the event possible and included Andy Harris, Ian Ramage, Ken Duffell, Humphrey Dorrell, Tim and Ed Medcalf in the box, and the ‘tea crew’ of Nim, Emma and Helen.
It was clear that a number of our juniors racers have made great progress this year and we look forward to seeing them develop within the club.
The expectation is that Saturday cadet sessions will continue when feasible until the end of October, Andy Harris will confirm week-by-week.
Tim Medcalf