The Merlin weekend is split into two events – the Vintage De May for the Porteous Cup on Saturday and the Sondown Cup on  Sunday for all comers.

The bad weather forecast put some sailors off,  but whilst the fleets on both days were smaller than usual,  the quality of the competition was not.

Eleven boats turned out on Saturday including the very welcome presence of Sel Shah and Gemma Horwood from Thames SC.  Andrew Harris crewed in turn by son Tom and sister Sarah Warren led the way throughout, closely challenged by Joe McLaughlin and Sean Roberts, with John and Zoe Adams in hot pursuit.  The racing took place on a figure of eight course in front of the club.

Thanks to Race Officer Peter Fryer assisted by  Pauline Fryer and Hugh McLaughlin, and  Marcus Chavasse and Ken Thatcher in the Patrol Boat.

Link to the result  https://www.tamesisclub.co.uk/results/Merlin_Vintage_Open.htm

Sunday dawned wetter and some of the crews from Saturday felt they had had enough.  Race Officer Matt Peregrine Jones sent the fleet above the island for all three races, great for the sailors but not for the spectators (saving the blushes of a few boats who nearly capsized in blustery conditions).  Richard Harris took over from brother Andy in vintage Passing Cloud and the match between the two was nailbiting.  Richard crewed by Emma Macdonald won the first race of three, but Andy crewed again by Sarah Warren won the second two, slipping through Richard’s lead in the third race.

Thanks to Matt Peregrine Jones, Peter and Pauline Fryer, Chris Taggart and Chris Starr in the Patrol Boat.

Special thanks go to Chris Simon for Rule 42 adjudication

The prizes for both events we given out by Vice Commodore Carolyne Vines, with the winner Andrew Harris thanking all concerned for organising the event. 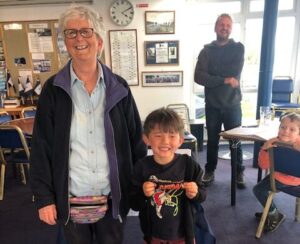 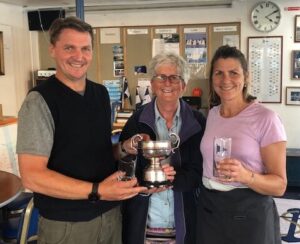 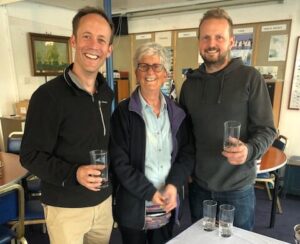 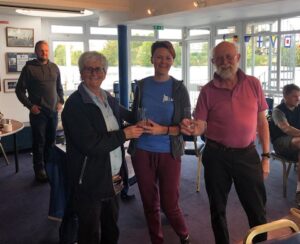