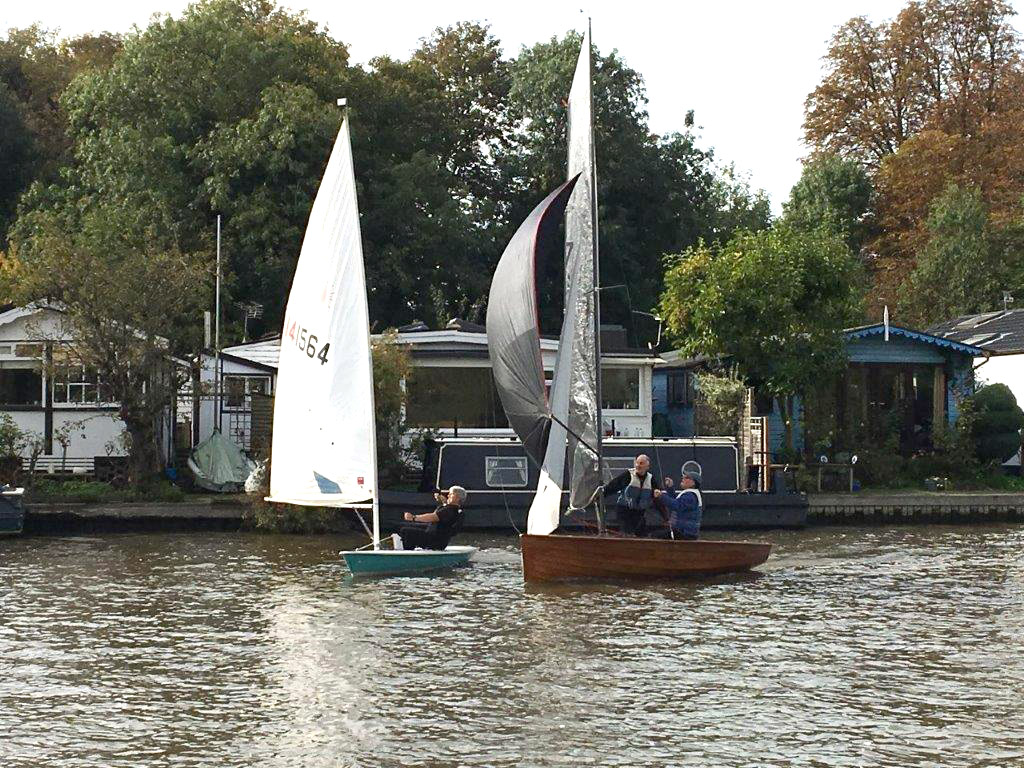 The day did not look at all promising, there being no detectable wind when the Club flags were run up at 09:45 and only two boats were showing any sign of being prepared to race.  Initially a short course was laid in front of the Club in view of the light wind and appreciable stream.  However, as the time approached 11:00 the wind improved considerably and the number of boats being prepared improved dramatically.  After discussions, the course was lengthened by moving the Lensbury mark nearer to Lensbury.

The start sequence went smoothly, despite the lack of the normal PA and Hooter, there being 15 boats in the field; a Firefly, a Wayfarer, 3 Lasers, 6 Merlins and 4 N18s.  Jim Hamilton in his Firefly, as scratch boat, managed to hold onto his lead for two rounds until he was reeled in by Richard Harris in the leading Laser.  Richard held the lead, fighting off the ever threatening Merlins of Peter Mason and David Baker until after the last mark was rounded when they both overtook him with about 5 minutes remaining.  Charles Fox, in his N18, Genevieve, just got the better of Berry Ritchie in his Merlin, Crescendo, in a tight tussle for 4th place.

Peter Mason was presented with the Trophy, a framed print of the Battle of Trafalgar which can be seen in the Clubhouse. 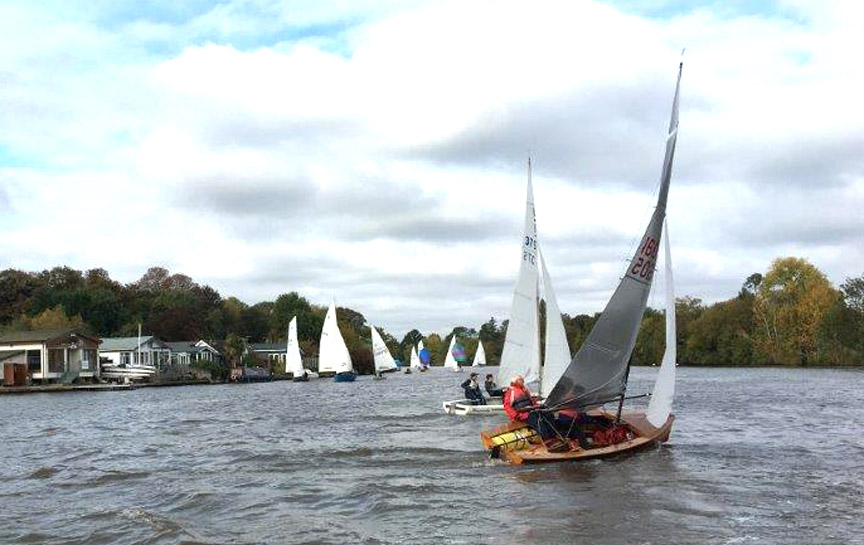