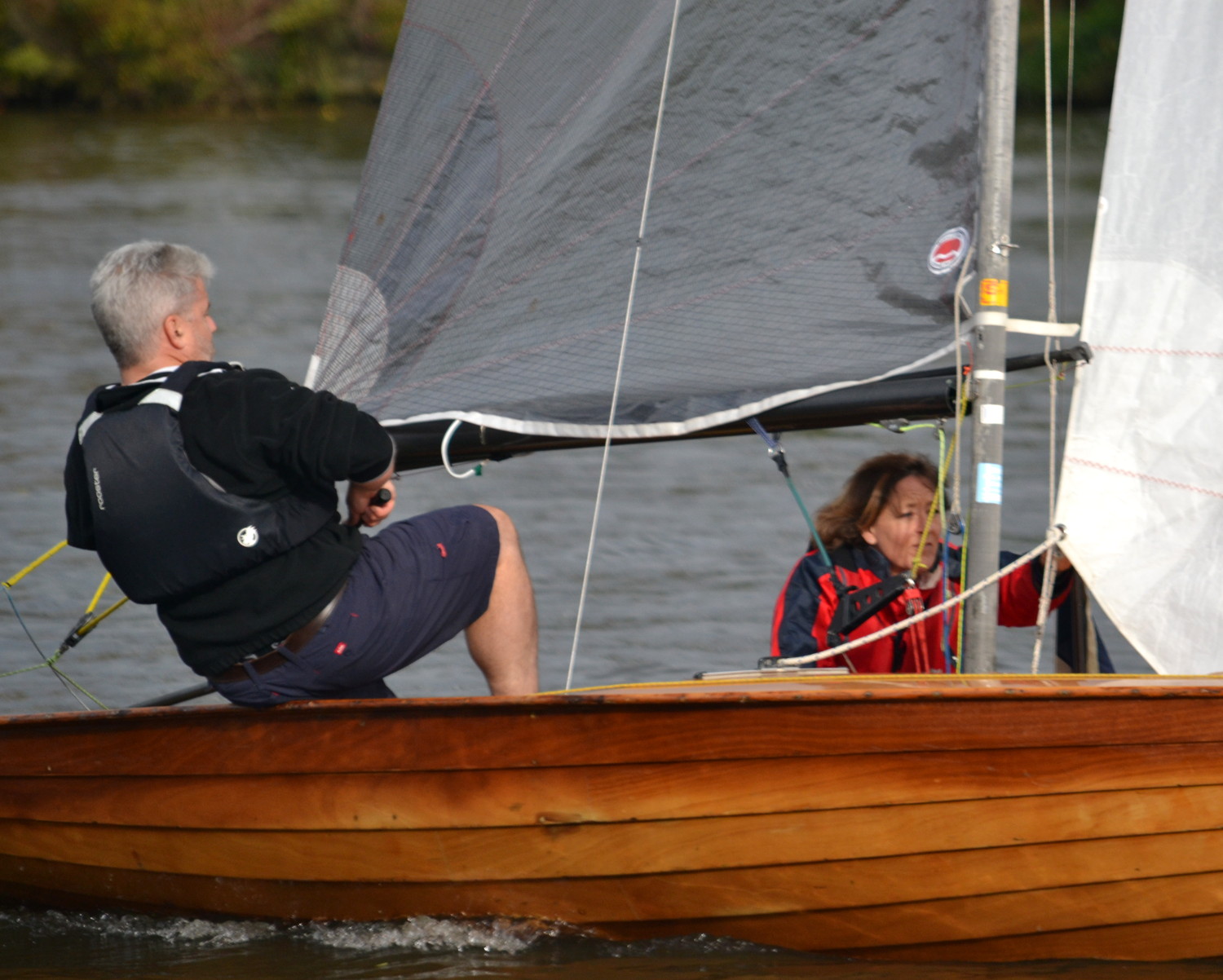 Saturday’s wind and rain gave way to sunshine and a flukey wind coming mostly from the West.  Eighteen boats turned out including four from Lensbury SC.

Race Officer David Jerram laid a figure of eight course on the stretch in front of the club.  It took a long time for the faster classes to catch up due to the holes in the wind.  Richard Harris and Emma MacDonald in Merlin Passing Cloud sneaked a huge lead almost lapping the National 18s just before the finish at 1230.  There was a lot of close racing in several groups, the Merlins taking advantage of the shifts.

Thanks to Race Crew David Jerram Jenny Finlayson, John Storey and Robin Lince, and to the Catering staff led by Lauren.