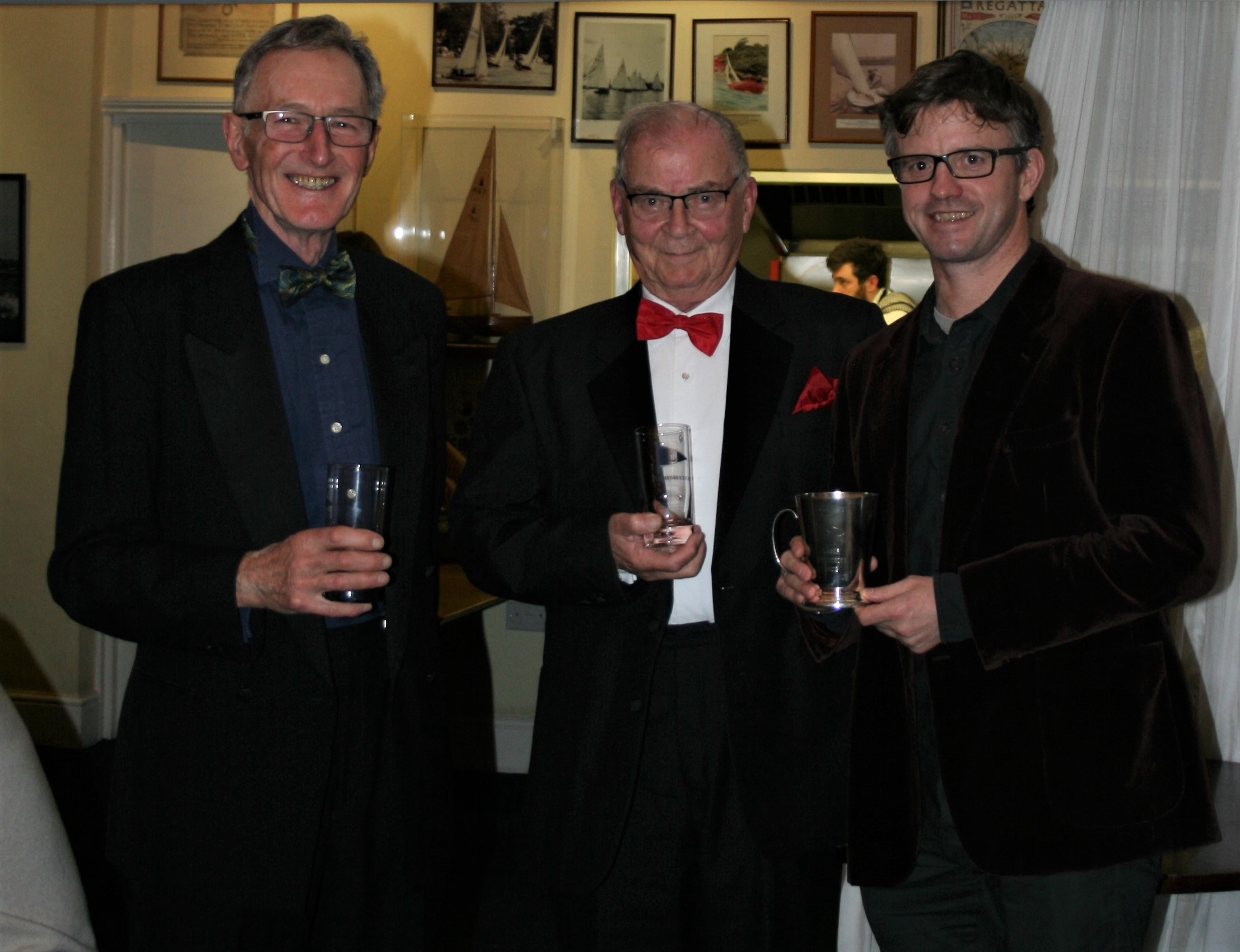 The Club hosted the annual Prize Giving Dinner on the evening of 23rd November.  As ever, the House Committee, headed by Nicky Johnson, created a convivial atmosphere in the clubhouse and attendees were all in good spirits as they sat down to a three course dinner prepared by our new catering team.

Chris and Peter shared some of the numbers behind the results which revealed Richard Harris’s dominance in the Merlin Rocket Winter Series, an outstanding 33 entrants for the Thursday evening Summer Series, and the mini renaissance of competition within the National 18 fleet.

The competitors in the club’s Topper Summer Series were all recognised for their participation and Matty Key received the first awarding of the new Mike Goldsmith trophy.  The club is committed to developing our existing group of junior racers and it was an opportune time to announce the purchase of a new Topper dinghy to join the Club fleet.

Henry Defries was a regular visitor to the trophy table, collecting prizes for his performance in his Laser and, latterly, his National 18.  A fact which suggests that the long-standing National 18 helms will need to hone their skills in the coming year!

Matthew Peregrine-Jones, Kaan Yargici and their National 18 crew’s travels around the country to compete were rewarded with the Ambassador’s Trophy and Tim Medcalf was awarded the Commodore’s Trophy for bringing several new initiatives to the Club.

A vote of thanks was extended to all those who had helped to stage the dinner, the staff who had kept everyone fed and watered and to Henry Medcalf for his photography.

While the dinner was attended by many of the faces familiar to the Club’s racing enthusiasts, it was also excellent to see many newcomers and their families.  The Club is keen to encourage more members to compete, regardless of their level of racing experience; look out for details in the coming Tammy Matters.

The series winners are: