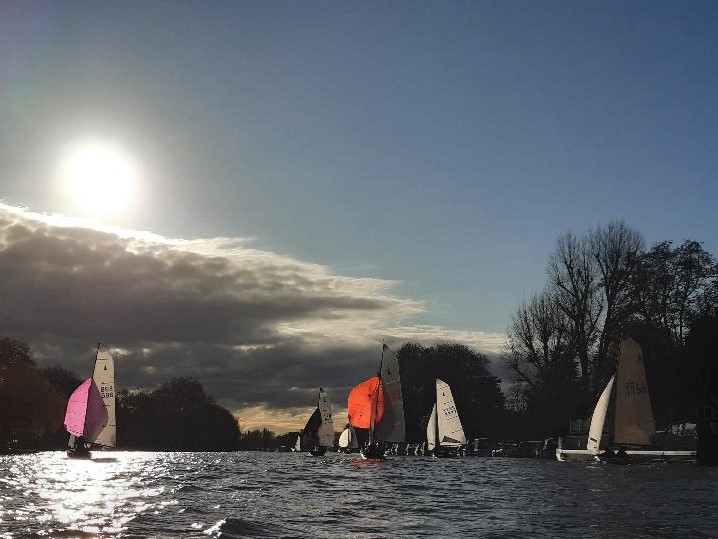 It didn’t look like there was going to be much wind early on Sunday.  The Kingston Royal Canoe Club held their marathon before we took to the water at 1130.  By that time the North Easterly  was strong enough to push us easily upstream against the current.  The sun was out which warmed a bit, and we had a glorious sail.

OOD Jon Redding sent us above Stevens Ait to a mark about halfway to Kingston Railway bridge.  There was some spectacular planing, with most merlins carrying their spinnaker.  The Lasers and lone 18′ National weren’t hanging around either.

Andrew Harris crewed by Mattie Key forged an impressive lead in the Merlins, and Matt Peregrine Jones had a very respectable lead in the Lasers.

Thanks to Jon, Valerie Hamill, Ian Ramage and Robert Blakebrough  for organising the racing and to Jo and team for keeping us fed and watered.