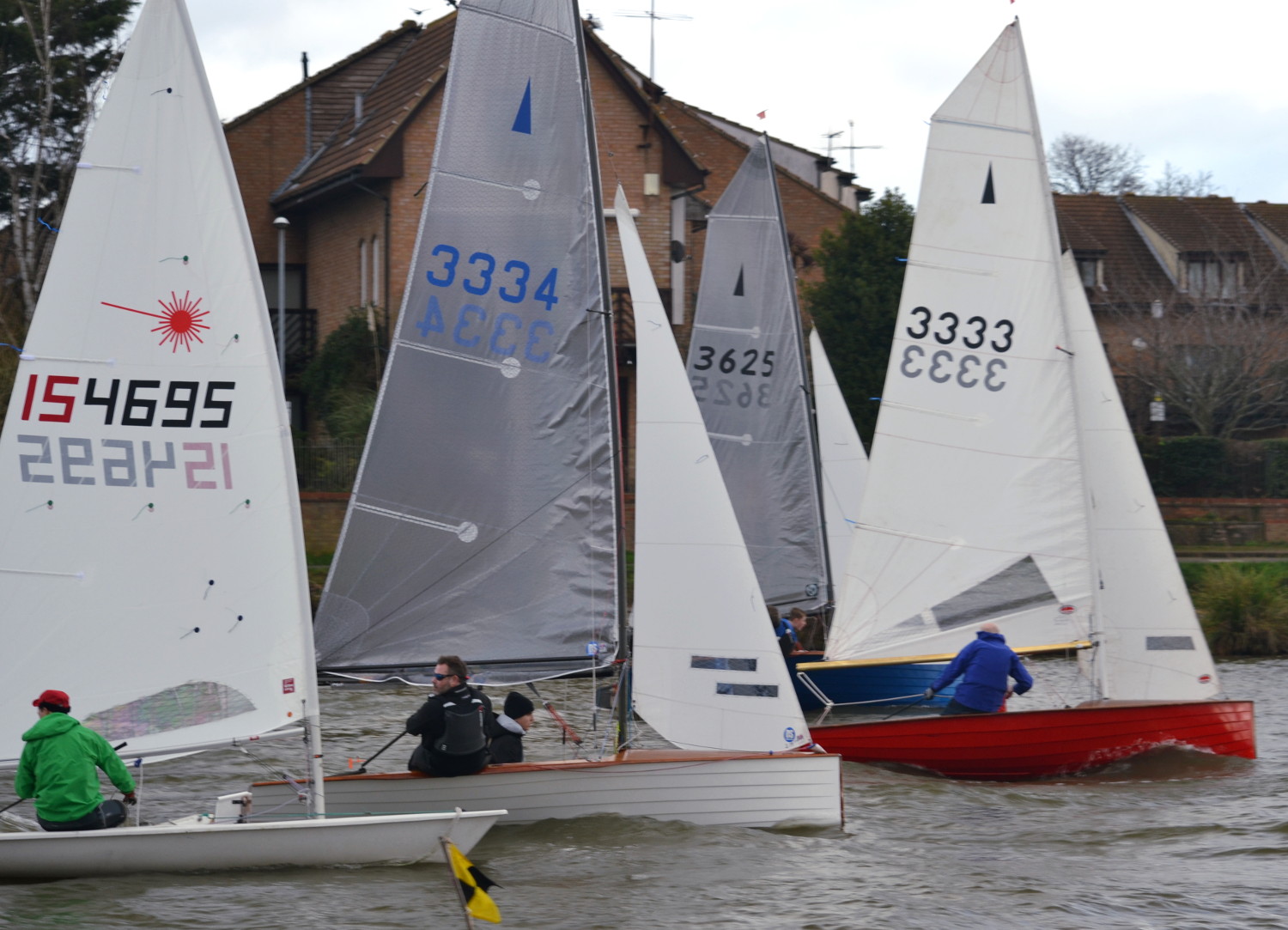 Six Merlin Rockets took to the start line in a building westerly breeze which saw some lively gusts as well as some testing quiet patches.  As ever at this time of year, the upstream start required choices to be made about location on the river and balancing a desire for the best wind against the reality of the flow.
The race developed into a cracker with four boats vying for the leading positions; breakaways were chased down and the lead changed hands several times.  The oddly becalmed Lensbury mark being the fulcrum on which many boat’s fates turned.  It was excellent to see that three were crewed by junior members who are getting some great experience at the pointy end of the fleet.
At the finishing line, the leading four racers were separated by only a few boat lengths.  Andy Harris and Matty Key took the honours.  John Adams and Maisie Key staged an amazing comeback on the last couple of legs to advance from a distant fourth to a close second place.  David Baker and Jim Green will see this race as a reason to come back next week after having had a handsome lead midway through the piece but finishing third.  Chris Balmbro and Alfie Williams showed the promise of their new partnership by staying more than in contention with a very sporting fourth place.’
Report by Tim Medcalf

Nine Lasers – a record for this season – turned out to brave the gusts and the strong stream, and Matt P-J dominated from the start, with Kaan Yargici, coming in second. But standout performance must go to youngster Alden Horwitz, who’s only recently graduated from cadets, showing many more experienced sailors how to cope with the challenging conditions, especially the downstream mark, where there was very little wind, and lots of stream.

Thanks to OOD Charlie Morgan and team Cherry Ehrlich, Jim Hamilton and Alan Hall for organising a fun race and Jo, Lauren and Tom for keeping us fed and watered