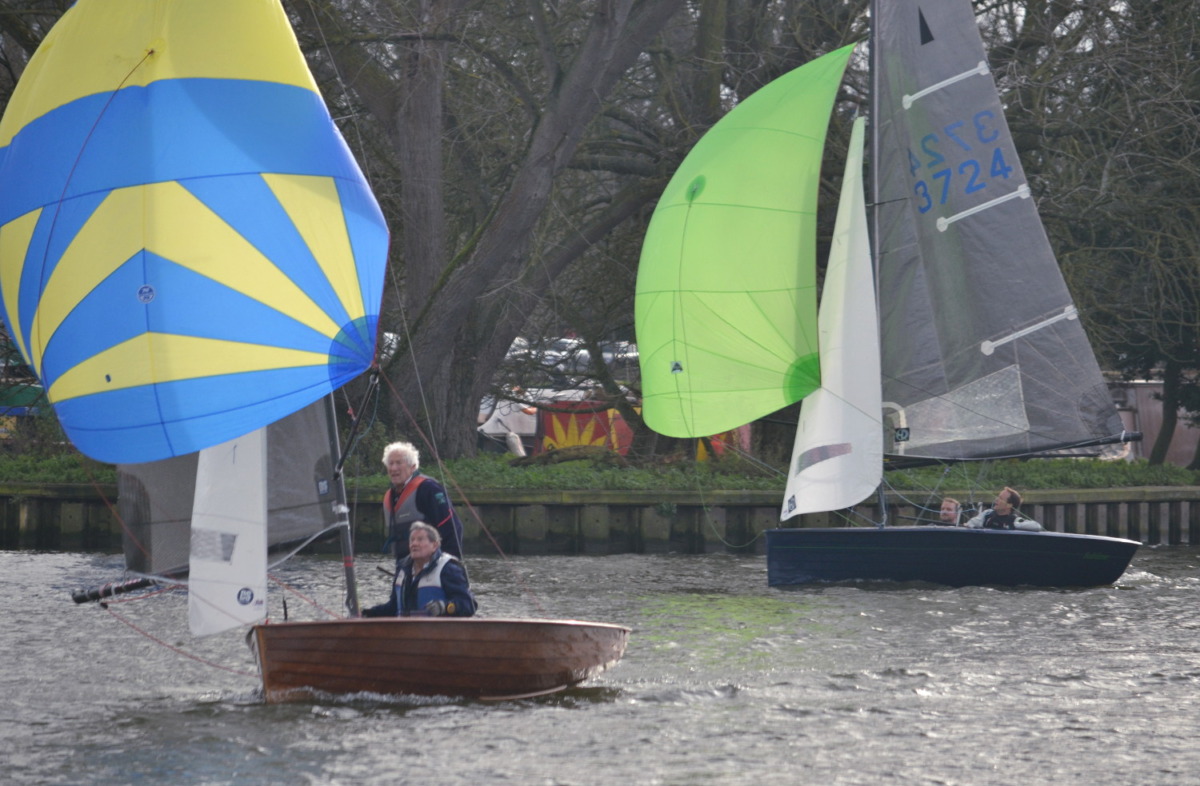 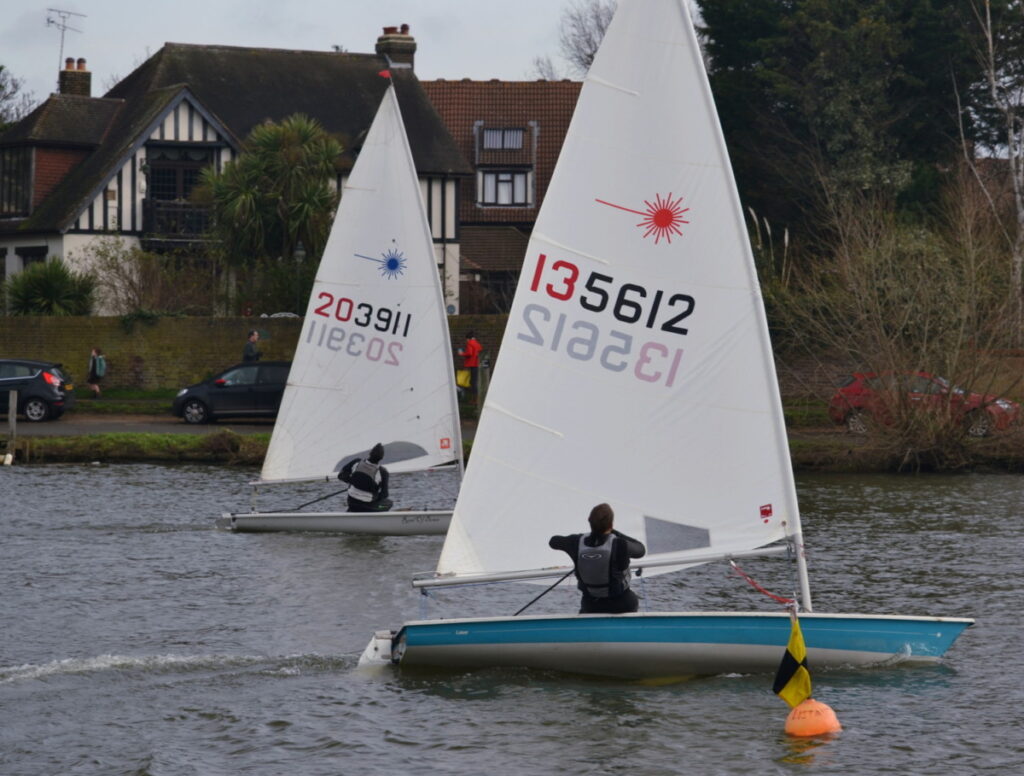 Despite an extremely strong stream, seven Lasers fancied their chances thanks to strengthening though shifty southerly winds. Visitor Tom Low, sailing Carolyne’s boat, led from the start, and though Kaan kept him honest, he went on to triumph in a course that took the sailors above the island. Chris Taggart just managed to hold off a late-starting Stewart Colley for third place, with John Edmondson coming in fifth.
Chris Taggart
Merlin report.

Today’s Merlin Rocket race saw nine boats take to the line.  A building WSW breeze saw an upstream course set with the windward mark above the island.
The Harris brothers led the fleet away from the line and as the boats disappeared from the view of the landlubbers on the bank towards Kingston Bridge, it looked like there would be a tight tacking battle in the consistent conditions.
As is often the case, when the Merlins re-emerged from above the island heading towards the downstream mark, Richard Harris in Passing Cloud had a commanding lead with brother Andy in a distant second followed by David Baker and Jim Green flying their kite deep to the mark.
The front of the race became a one-horse one with Richard extending his lead with each lap and going on to a handsome win.
Behind him, a number of tussles broke out between Andy Harris and Joe McLaughlin for second and third, and David Baker and Peter Mason for the next places.
In the end, Andy bested Joe and, eschewing the temptation to hoist his spinnaker and taking a better line for the stream, Peter saw off David.
Again, a strong showing from the Merlin group, great sport for the spectators and fun for those on the water.
Tim Medcalf