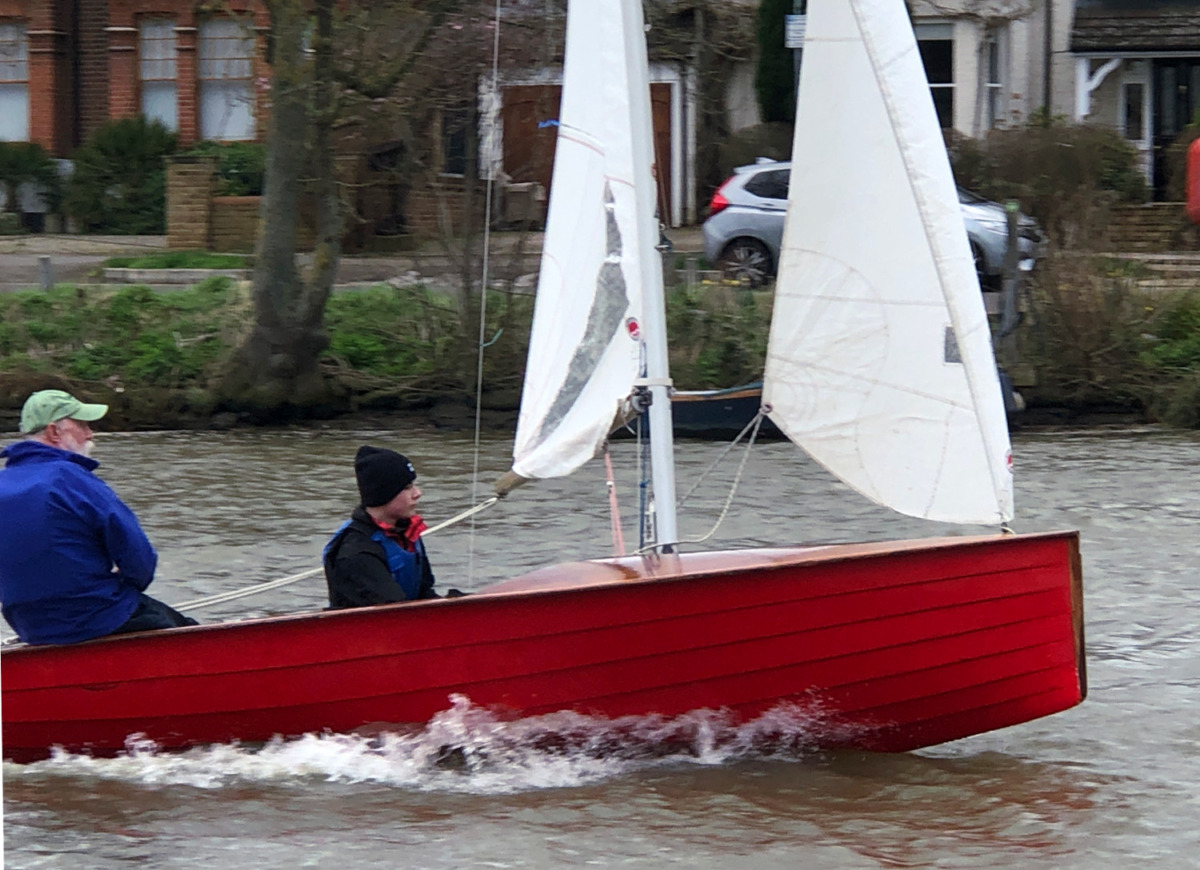 A very select few took to the water on Sunday. The current had slowed down, the westerly wind strong enough to keep the boats going in the lulls.  The gusts were sudden and very strong. Those that sailed were so fed up with not having a race in recent weeks they could not resist the prospect of a blast and had a great time, really blowing away the cobwebs.

The lone Merlin helmed by John Adams and crewed by Mattie Key survived without a capsize. The five Lasers had quite a few spills between them but all of them did some spectacular planing.

Thanks to Jim Green who acted as OOD assisted by Toby, with Ken Duffell, Jonathan Key, Paul Jamieson and Jim Hamilton in the Patrol boats.  Thanks also go to Ros and team for keeping us fed and watered.