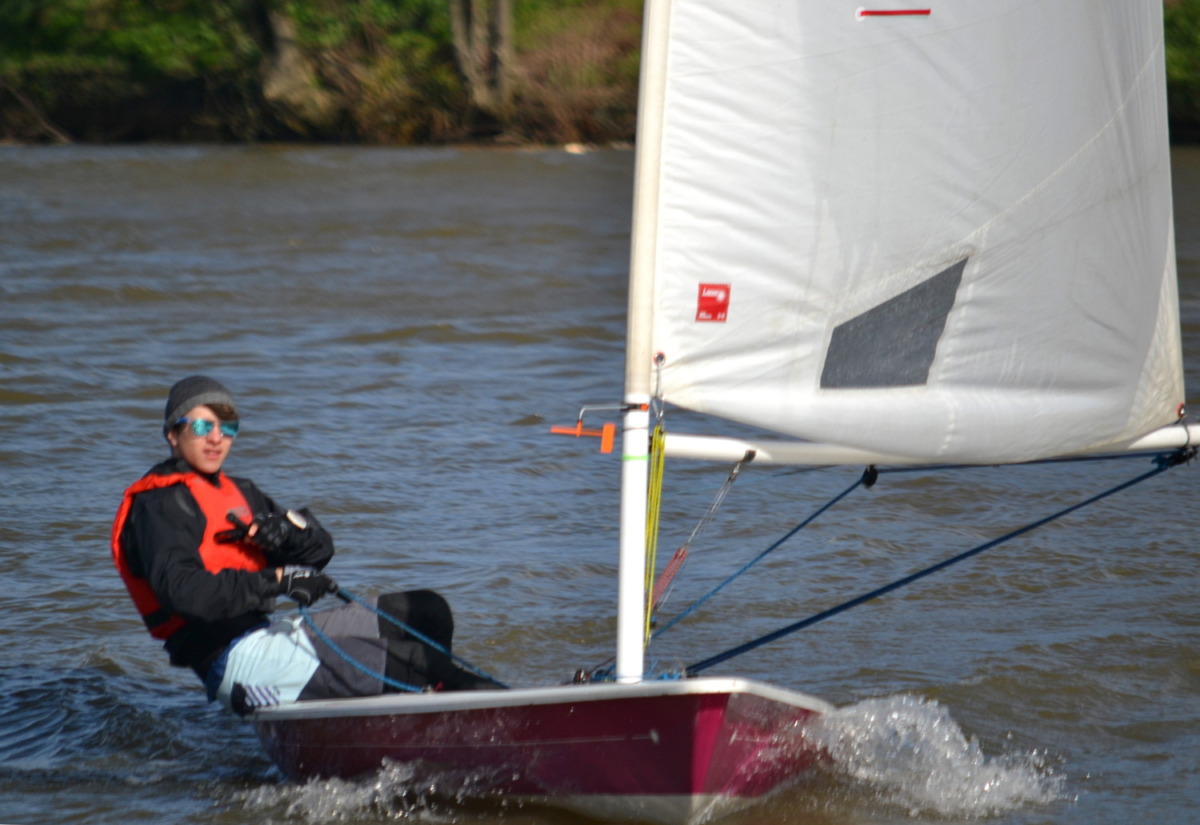 The first day of spring dawned with wall to wall sunshine, which made a nice change.  The wind blew from the west mixed with gusts and headers.  The current had slowed a bit so it was quite possible to sail against it.  The course was set in front of the clubhouse.  The 1030 race was cancelled, and five Merlins and six Lasers took to the start line for the class racing.

Andy Harris crewed by Mattie Key worked up a massive lead and finished well ahead of the rest of the fleet.

The Laser race was much closer – Constantin Gerber led most of the way with Matt Jones hard on his heels.  Constantin capsized several times, the last of which allowed Matt through to first place.  Capsizes took out two of the other Lasers leaving Chris Taggart and John Edmondson to contend 3rd and 4th places.

Thanks also to Jo Leon and Tabitha for keeping us fed and watered.

Link to photos and video taken by Chris Starr  https://flic.kr/s/aHsmLHvXWQ