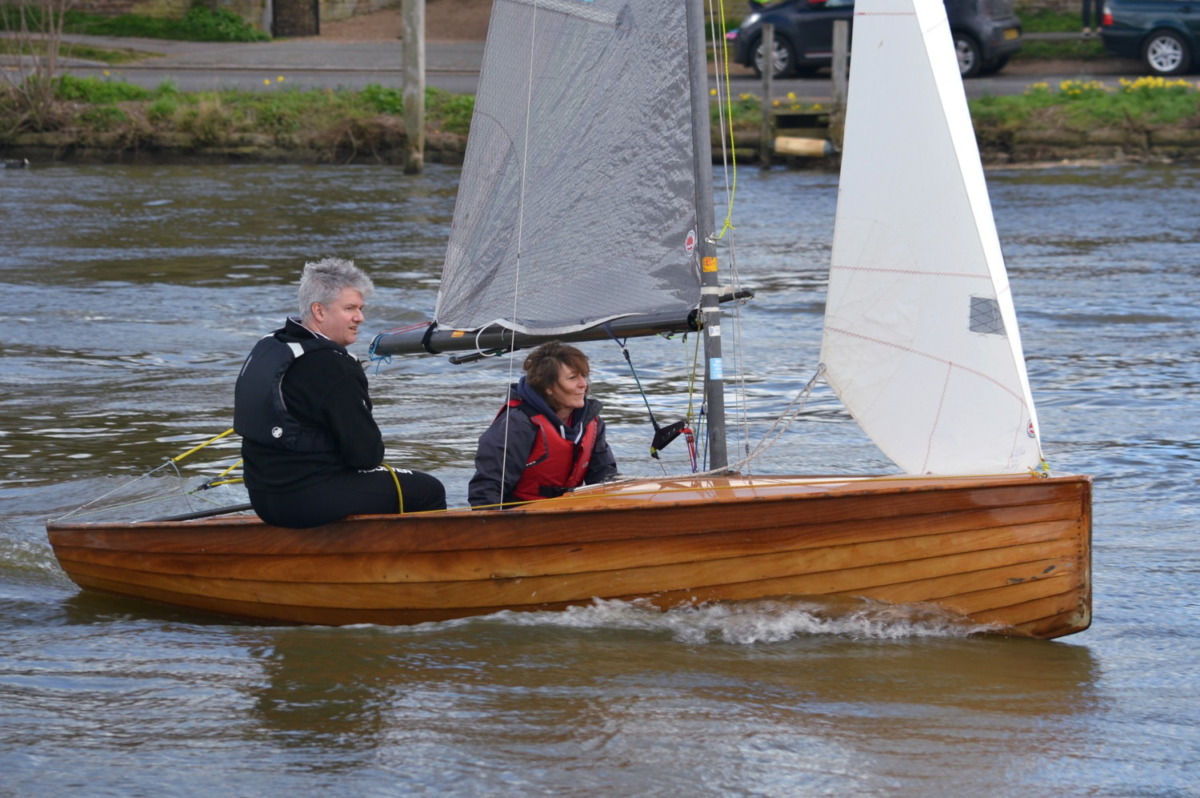 The current was still running fast on Sunday, but the South Westerly was strong enough to keep the boats flying along most of the time.  The 1030 race was cancelled, but four Merlins and six Lasers turned out for the main points races.

The Merlins started in a bunch, Andy Harris slipping into the lead under brother Richard’s lee, but the tables were turned by the first mark, and Richard crewed by Emma Macdonald developed a huge lead, leaving the other three to compete for the rest of the places.  Andy crewed by Matty Key was second, David Baker and Jim Green third, Ken Duffell and Joe Woods fourth.

The Lasers also had a tight start, Chris Taggart leading for much of the first part of the race.  There was a lot of place changes throughout the race, one minute the leader well in front only to be last in short order.  Alden Horwitz, John Edmondson and Ellen Schwartz all had their moment.  Matthew Jones eventually won with Chris Taggart not that far behind and Kaan Yargici in third place.    The others found sailing against the strong stream a bit more of a struggle.

Thanks to OOD Chris Balmbro, helpers Lindsey Martin, Joe McLaughlin, Sean Roberts, Paul Jamieson and Alfie for running the racing, and Jo Carstens and team for keeping us fed and watered.