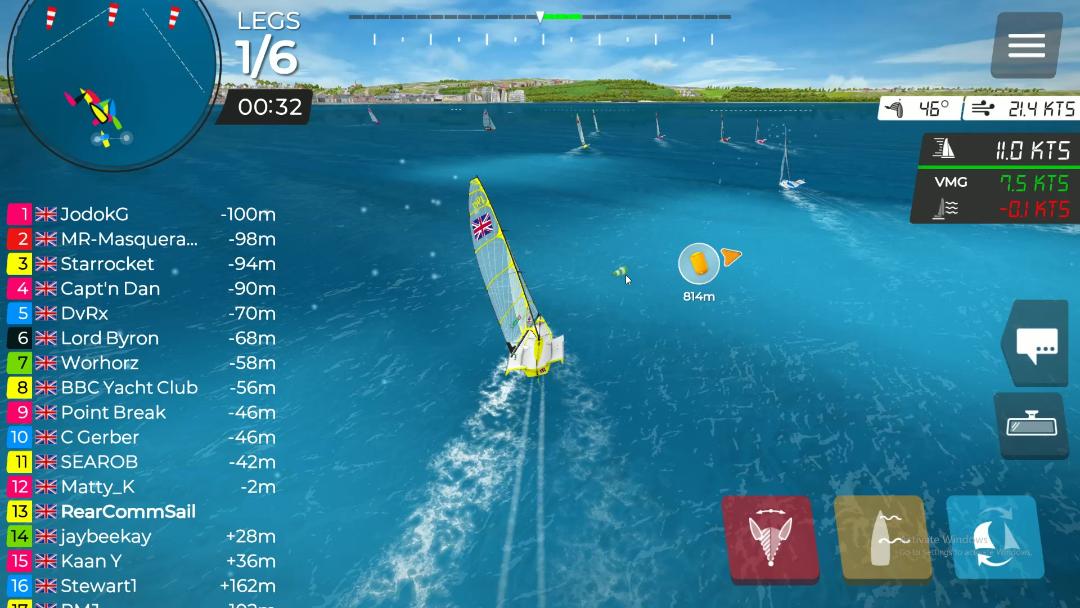 More than two dozen members have signed up to the four esailing series that the club is running during April.
Thursday evening saw competition in the first three races of the April evening series.  Raced in Day Boat Racers, the competition was tight with a mix of winners representing a number of generations within the club.
Two of the top three in the standings are under 18 and maybe benefitted from not being tempted to have a drink or two while racing, a clear head being a major advantage as the action hots up.  We also saw four cases of established adult racers being upstaged by their offspring.
However, with nine races still to go, the younger generation will need to ensure that they can maintain form consistently at a variety of locations to claim the podium positions.
The top three as things stand are Constantin Gerber, Henry Medcalf and Matt P-J.
Sunday dawned fair at a number of European racing venues as the Tamesis Club fleet tried its hand at racing in the Day Boat Racer series, the 49er series and the Pot Luck Pot (PLP) series which was raced this week in F50 foiling catamarans and then Stars.
Again, a mix of sailors but consistent names showing early promise.  Tom Low, Tom Harris and Jodok Gerber filling the first three slots in the Day Boat Racers, Alden Horwitz, Tom Low and Jodok Gerber in the 49ers, and Constantin Gerber, Tom Low and Jodok Gerber in the PLP.
At the other end of the table, it was clear that a few helms need to waste/invest a little more time in the Virtual Regatta sailing school as they had moments of magic but lacked the consistency to threaten the top half of the fleet.
The OOD would like to thank his assistants in the eSmithy for helping with the race administration.  Big thanks must also go to Zoe Adams for arranging the post-race drinks and chat in the Zoom bar.
Feedback for both Thursday and Sunday were positive and we look forward to seeing everyone again on Thursday at 8pm.
Tim Medcalf