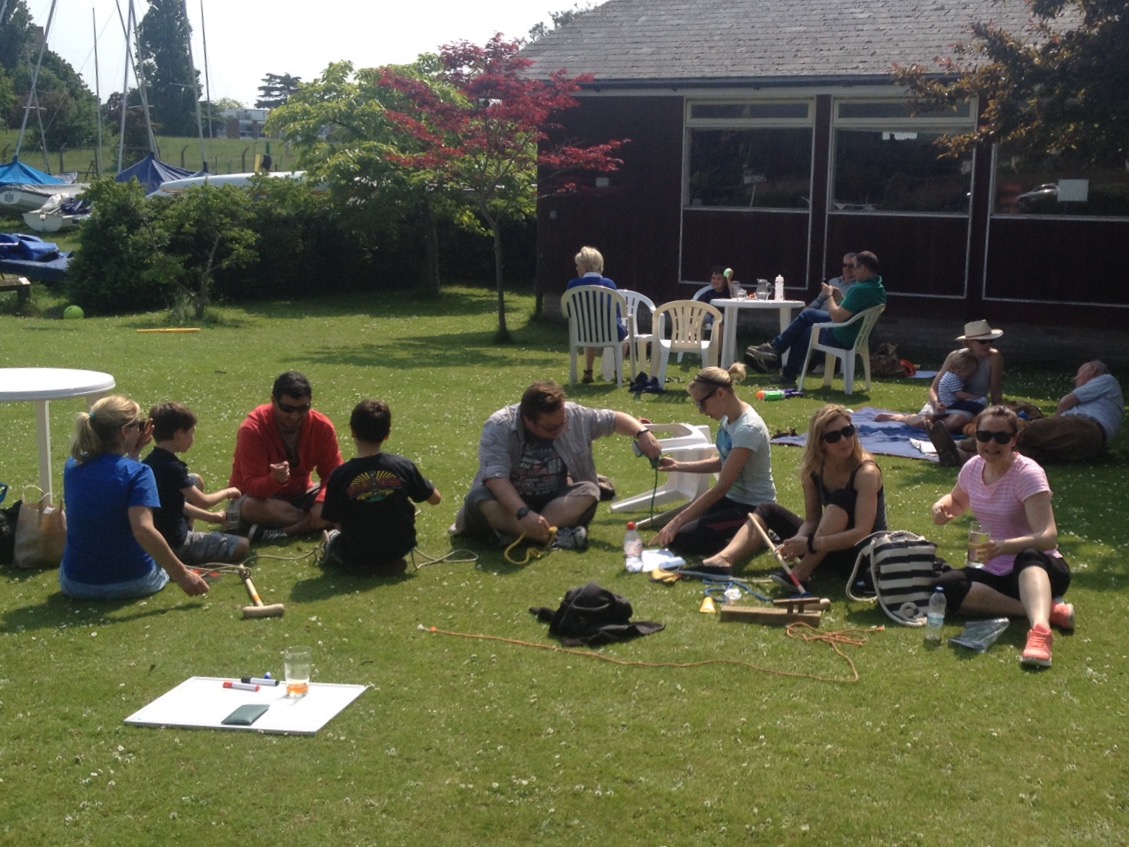 Welcome to lesson 7;
Have you got a weather forecast for today? What is the wind doing, is it on or offshore?
If it’s easterly landing can be tricky, we’ll talk about that next week.
Remember I told you about the website ‘Animated Knots’, have you tried it yet?  It’s quite fun, try figure of eight, bowline, round turn and two half hitches and clove hitch .
Here is us doing knots on the Lawn

Simon suggests setting up a Zoom call so we can do a “debrief” to discuss what we’ve learnt and what you might want to cover, details to follow.

This weeks u tube covers Gybeing , it’s quite long because it’s an important skill.

The technique varies from boat to boat.  On Oppies it’s actually easier to gybe than tack.
On a 2000 the trick is not to move till the boom is far enough over.

Sailors sayings:
Slush fund is from when cooks boiling up the meat would skim off the fat which they would sell to the crew to soften the ships biscuit.

Next week:
Chock a Block

On Thursday we sailed East in nice weather, crossing the shipping lane was quite exiting , it’s like running across a two lane motorway.
You are supposed to cross at right angles and have no right of way.
If your engine blows up halfway over its a bit hairy but that’s a story for another day.
By night the wind had blown up and come from dead astern , we rigged a gibe preventer but had a rough night corkscrewing in a way which in dinghies we call the”Death Roll”.
But at last we made port in Den Helder.

See you next week
Stay safe