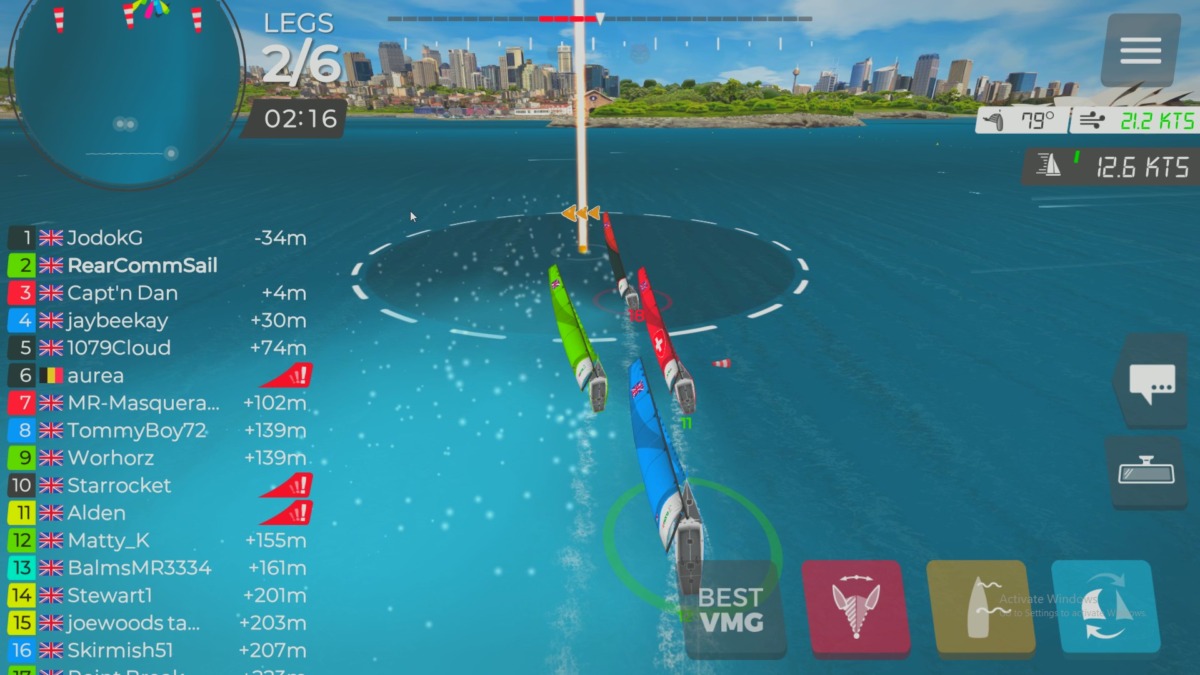 Capacity ‘full house’ fleets took to the water for the first round of the May Sunday morning virtual racing series.  Once again, six races were sailed across three different competitions, a pair of races each in Stars, F50s and then a reprise of the Pot Luck Pot where the class sailed changes with each race.

The action in the Stars class, despite being one of the more majestic and sedate sailing options, was the pick of the day with a plethora of penalties and infringements as helms go to grips with the unique challenges that the class offers.  At one point, nine out of 20 helms had a penalty flag against their name.

The F50 races flashed past and the morning was rounded off with more tactical, three sale fare in the form of J70s and Offshore Racers.

In a bold statement of intent, Tom Low has taken out an early lead in all three series, no doubt hoping to build on his one series win from April.

A number of other results caught the eye with Daniel Gerber taking a maiden win, Jonathan Key a podium, Joe Woods breaking well in to the top half of the fleet on occasions, and newcomer Graham King showing early promise.

While youth still features in the results, it is clear that experience is catching up fast!

The standings after two races for the Sunday series are: 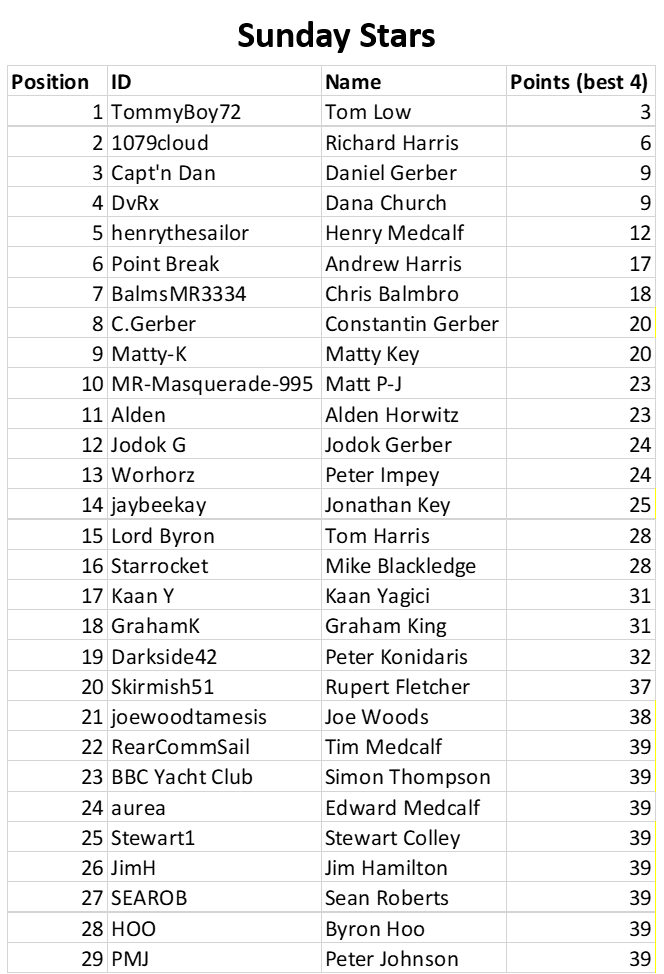 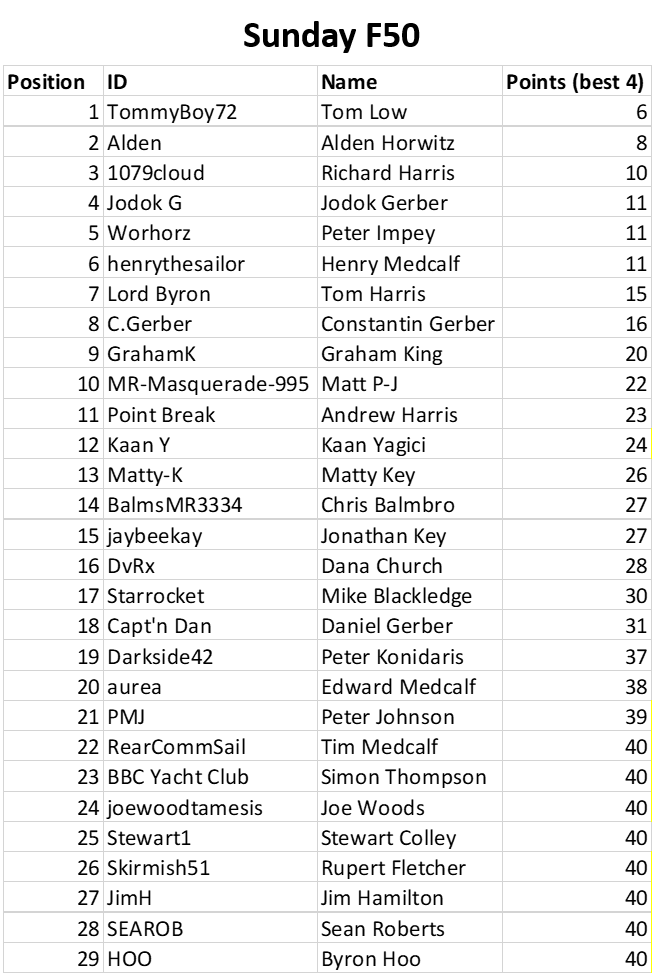 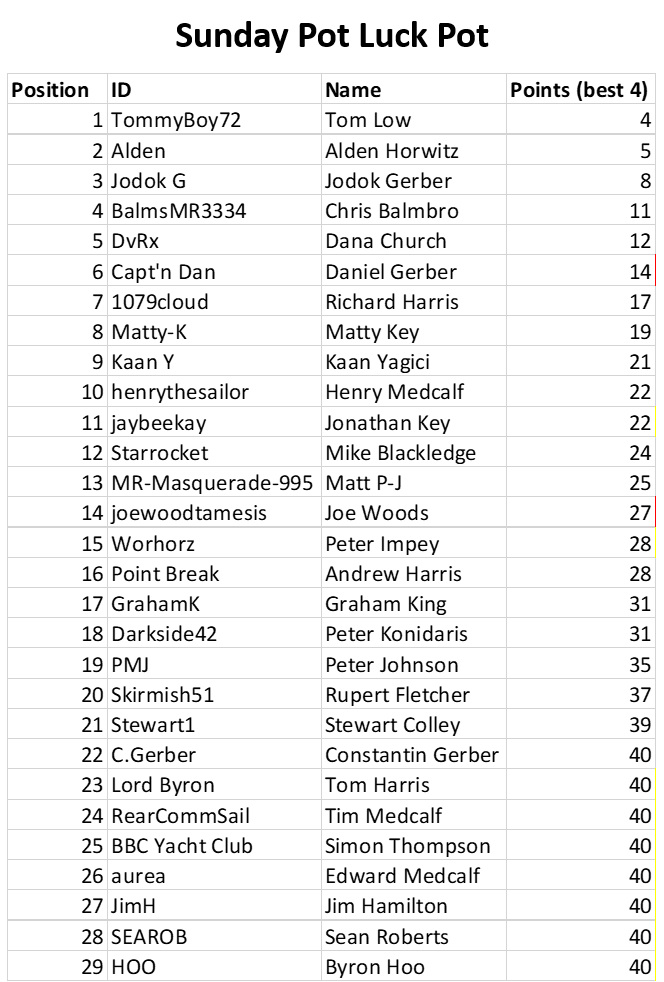