There was plenty of close quarters racing with a penalty count to match.  The fleet is starting to find its feet in the virtual world and the margin between feeling the golden glow of success or the cold misery of a dismal evening is getting finer.

The top places in the standings are still headed by Jodok Gerber, who is also campaigning on behalf of the club in J70s, hoping to win through to the next stage of the RYA’s Spring Club Championships.

Alden Horwitz leapfrogged several places in to second by virtue of an evening that saw him gain a pair of bullets, and Matt P-J moved in to third by gaining the third top spot of the night.

Chris Balmbro and Mike Blackledge both had some encouraging results.  Newcomer Brian Corking showed flashes of his potential.  Jim Green tested the waters of the Thursday series and finished with boats in his wake.

Only six races are required to qualify for the series.  While Jodok currently looks secure in first, will he come under more pressure as his challengers start to discard results?

The current standings are below: 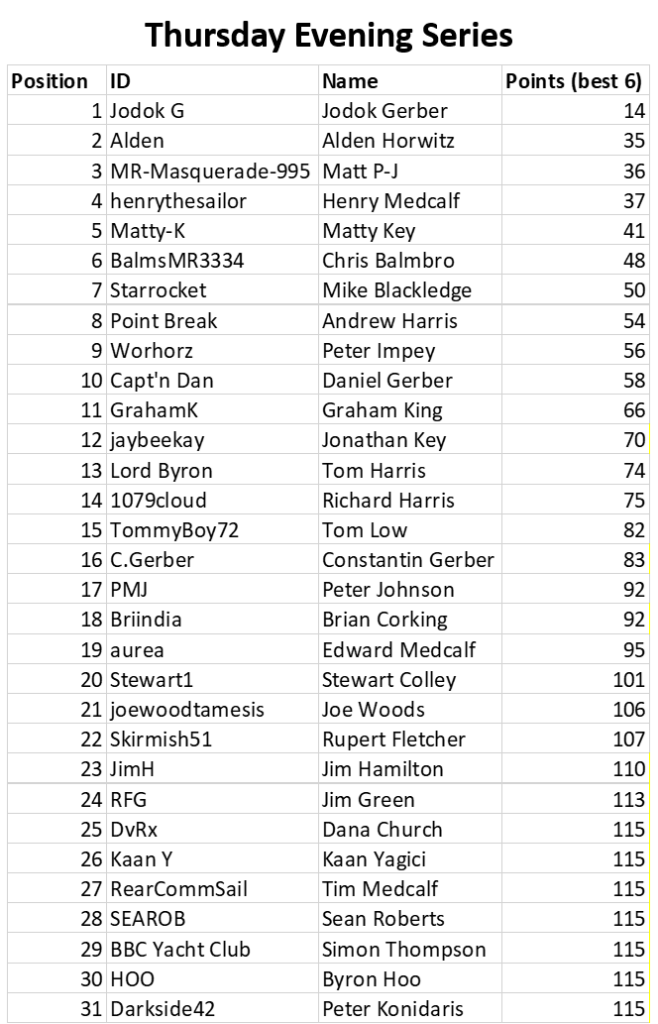