The club’s regular Sunday morning skippers reached the halfway point of their three May series.  As last week’s comprehensive winner Tom Last was not racing, other helms sought to capitalise on his absence.

Andy Harris made a welcome return to the top step of the podium in the Star fleet’s first race, with long-time contender Joe Woods taking his first top three finish in the second.  In Tom’s absence, and after some consistent sailing, Richard Harris now heads the rankings in the Stars with Andy in second, and Chris Balmbro easing in to third, up from seventh last week.

Chris also surged up the leaderboard in the F50 class with an impressive first and third places, leaving his overall position improved by seven places from the week before.  The standings are headed by Peter Impey who clearly likes the fast cats, followed by Jodok Gerber, with birthday boy Henry Medcalf in third.

In the Pot Luck Pot, Jodok leapfrogged Alden Horwitz in to first place, with Dana Church moving in to third after recording what is believed to be his first virtual sailing bullet.

As only half the races have been completed, there is plenty of scope for everything to change.

While it was great to see some of our Tuesday evening Masters players starting to cut through in the Sunday series, the OOD also noted some fast a loose tactics being employed, especially on downwind legs.  No names and no pack drill at this stage.

The latest standings are below: 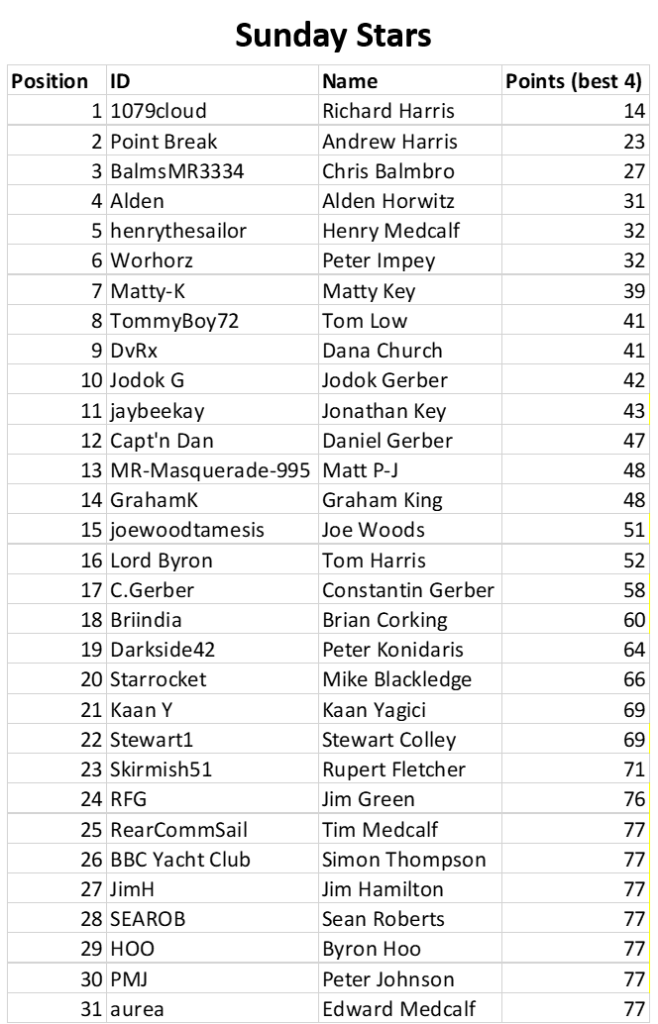 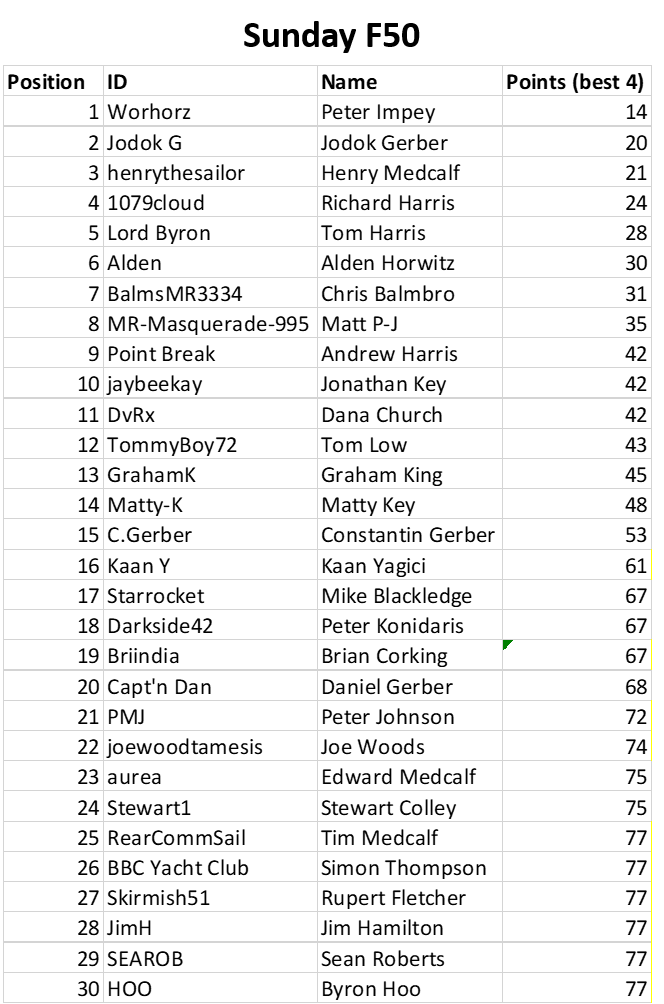 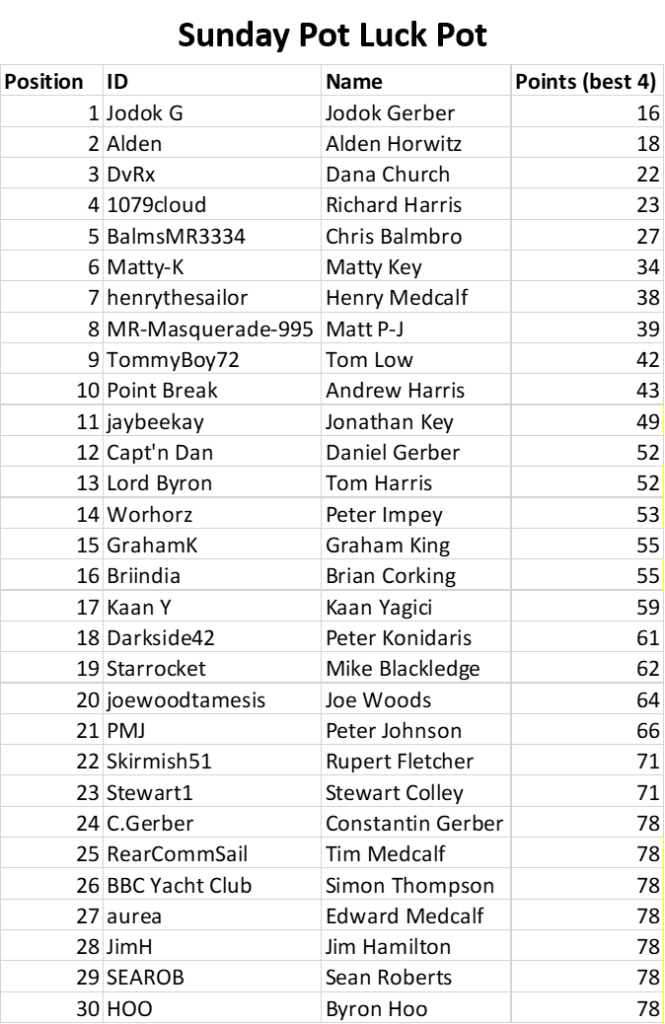 1 thought on “Stars, fast cats, and pot luck, all in another Sunday morning’s virtual racing”