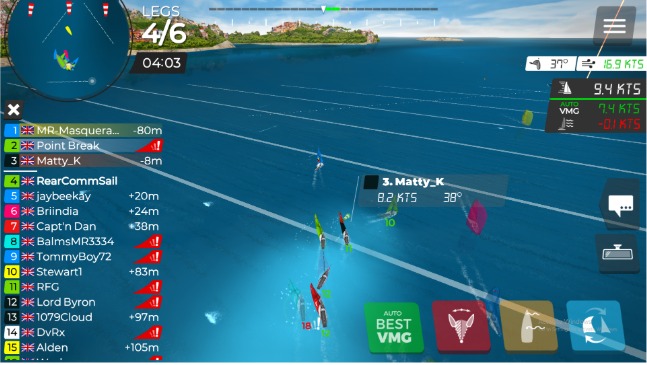 There was little rhyme or reason to this Thursday’s three races, a situation not helped by some technical glitches within the game which forced some skippers to helm seemingly from 30,000ft.

Series leader Jodok Gerber wasn’t present to see the action and missed Matty Key snatch the win in the first race followed in by Andy Harris and Matt P-J.

Penalties were to be the story of race two as the fleet pushed the Offshore Racers and the VRI rules to the limit – the race control screen often awash with red penalty notifications.

Tom Low emerged from the carnage with the win, Peter Impey in second and Henry Medcalf in third.  An honourable mention must go to Jim Green who calmly piloted himself to a commendable fourth place – a fitting response to his trials in Tuesday’s Masters outing and maybe the promise of things to come.

A slightly battle-worn fleet took to the line for the final race of the evening.  Matt P-J won, while recent newcomer Brian Corking recorded his best result of the series with a second, and Daniel Gerber recovered from a couple of so-so races with a third place.

Next week will see the final three races of the May Thursday evening series and the top places are significantly more tightly bunched than was the case seven days ago.  A run of wins could see any of six skippers take the title.  Bragging rights are at stake further down the leaderboard.

The standings are below: 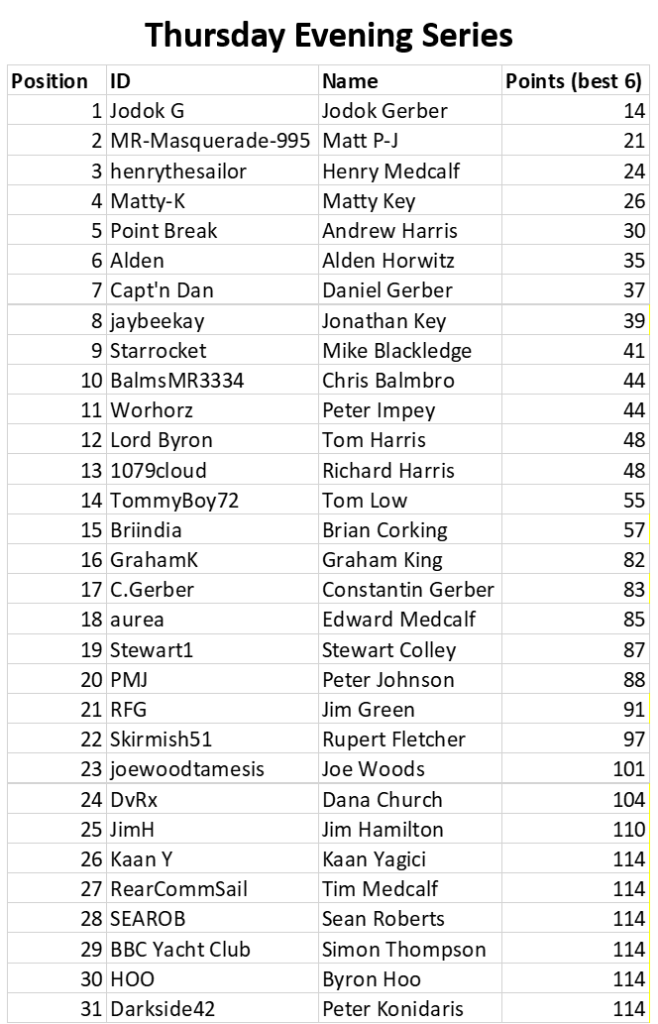