Tuesday’s Junior racing was dominated by Matty Key who bested Tom Harris to take first in all three races.  Edward Medcalf racked up two thirds with Arthur taking the third one.  In the big picture, Tom stays ahead of the fast-closing Matty in the older age category, while Edward leads the 10s and younger group.

Having taken a week off, Jonathan Key catapulted himself up the Masters leader board by scoring two bullets and a second place.  Mike Blackledge continued to impress adding a bullet and second to his tally.  Brian Corking and Tim Medcalf took the third places.  An honourable mention to the Commodore who is showing signs of finding his virtual sealegs, and turned in his best performance so far.

Thursdays have seen a consistent fleet with the maximum 20 skippers taking to the line for each race.  Looking to repeat his whitewash from week one, Richard Harris duly took the first win, then fell away in the next races to keep it interesting for the others.  Constantin Gerber and Matt P-J both took wins with the minor places being shared by a number of skippers including Andrew Harris, Peter Impey and Tom Low.

Jodok Gerber had a good morning in Sunday’s Pot Luck Pot with three trips to the podium, one to each step, putting him in first place overall.  Behind him, there is a tight bunch all carrying an array of results from the excellent to the best-forgotten.  It feels like this series will go to the wire and Pot Luck in terms of choice of boat could well determine the destiny of this month’s Pot.

Three Merlin helms, Andy Harris, Chris Balmbro and Tim Medcalf took firsts in the three 49er races.  The rest of the podiums were scattered through the fleet.  Again, this series is tight.  Alden Horwitz leads at halfway but a number of skippers behind him a carrying chunky discards which could swing the situation in their favour later in the month. 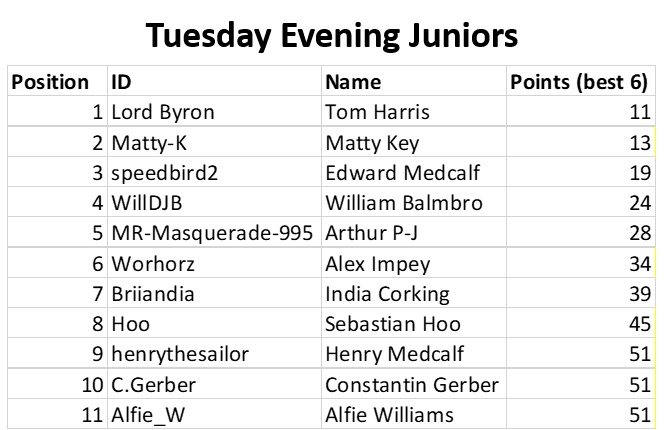 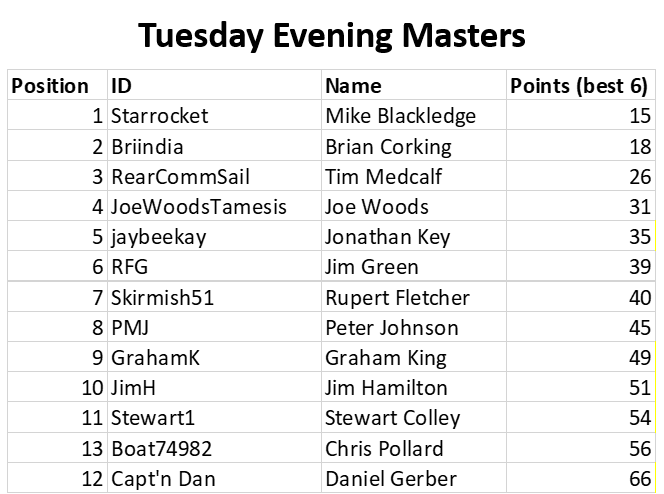 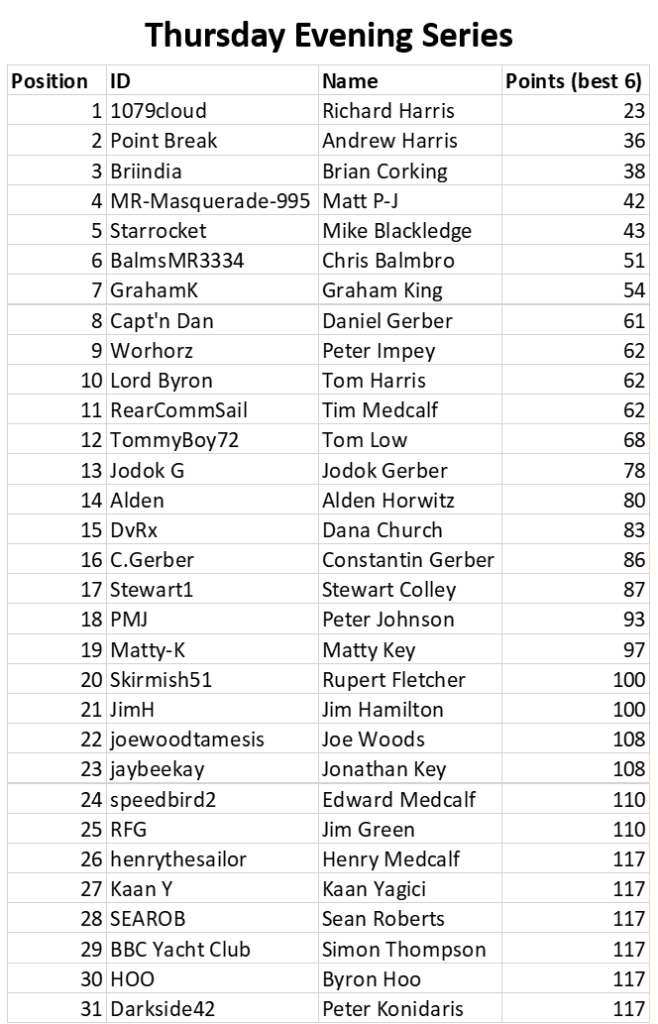 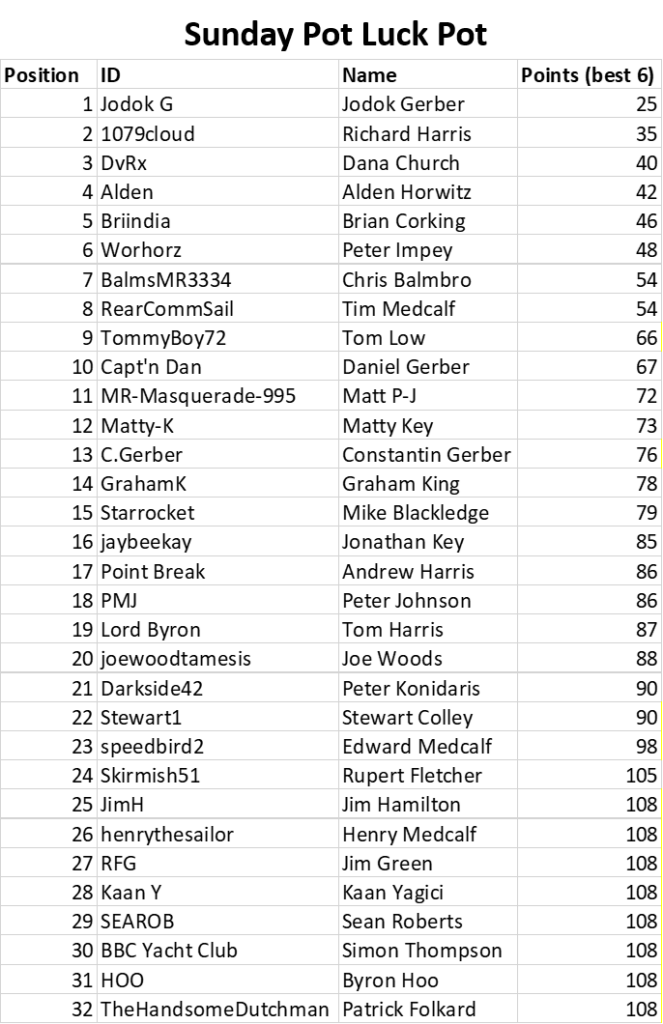 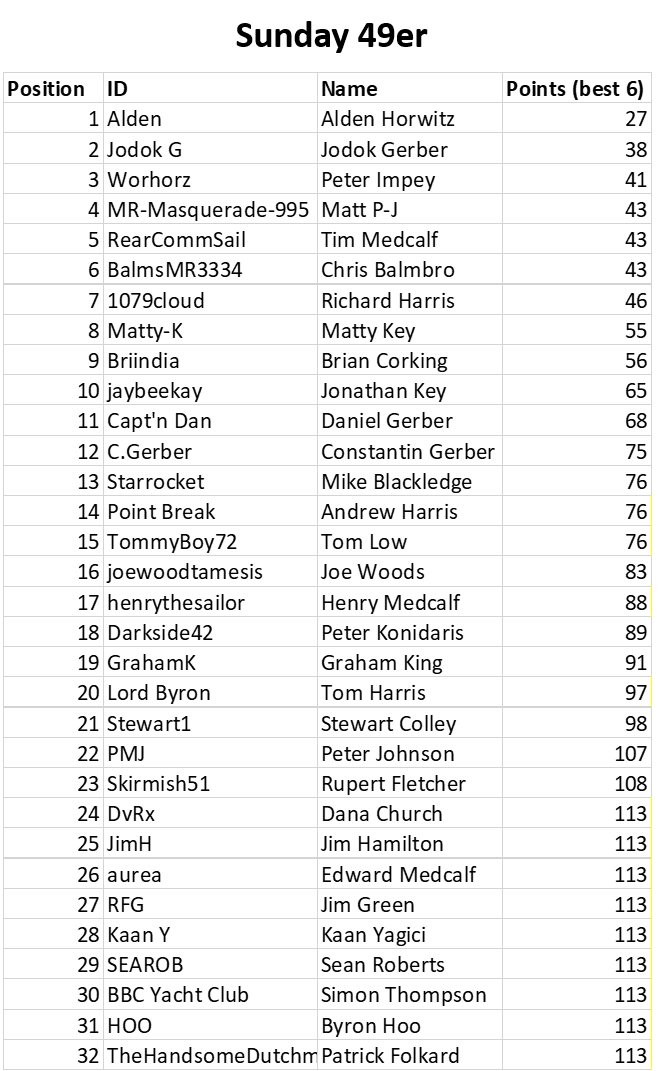