The third week of a month-long virtual racing series has often proved the most interesting as it is the time when discards start to take effect, and laggards can suddenly become leaders in one fell swoop.

The Tuesday Juniors saw Tom Harris and Matty Key draw level at the head of the 11-16 age group. Edward’s Medcalf’s lead in the 10s and unders group was also sliced away as only three points now separate the podium places.  Definitely all to play for in the final showdown.

The Tuesday Masters provided a respectable fleet yet again with some close racing and a bit of banter along the way.  The top three stayed the same as the previous week, Jonathan Key closed in on the podium.

Thursday evening racing was again a full house.  Constantin Gerber took two bullets with Richard Harris picking up the third.  One more win will see Richard achieve a perfect score for the series however brother Andrew is within touching distance and Constantin could still take the series victory if he has a stellar last session.

Sunday was Fathers’ Day and, where it applied, fathers beat sons to record a welcome victory for experience over youth.  The Pot Luck Pot included a somewhat laborious first outing the the new virtual Laser class.   Richard Harris retook the series lead from Jodok Gerber, with Dana Church continuing to hold third.

The 49ers saw wins for Richard Harris, Tim Medcalf and Matt P-J however Alden Horwitz continues to head the standings but with a much-reduced cushion.  Going in to the last week, a number of skippers could still take top slot.

NB: the final set of Sunday races will take place at 19.00  this week as the club is trialing a return to real sailing on Sunday morning.

The series standings are: 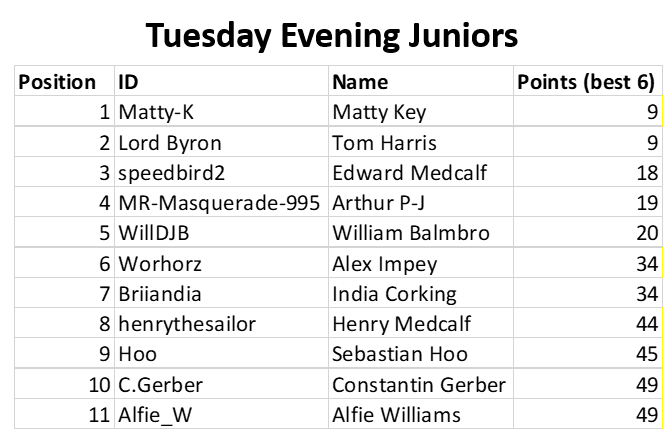 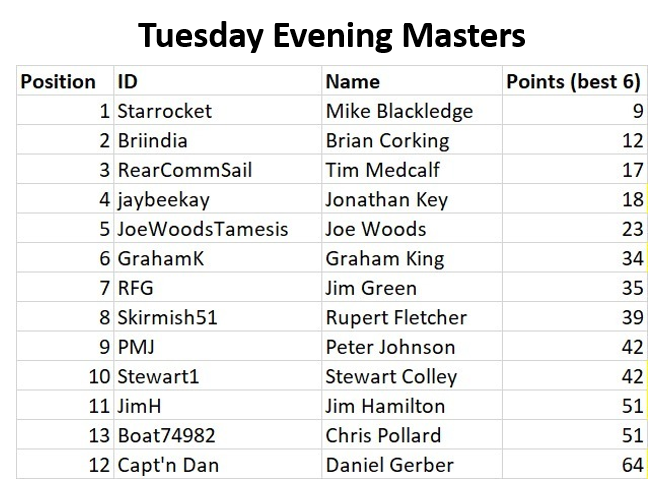 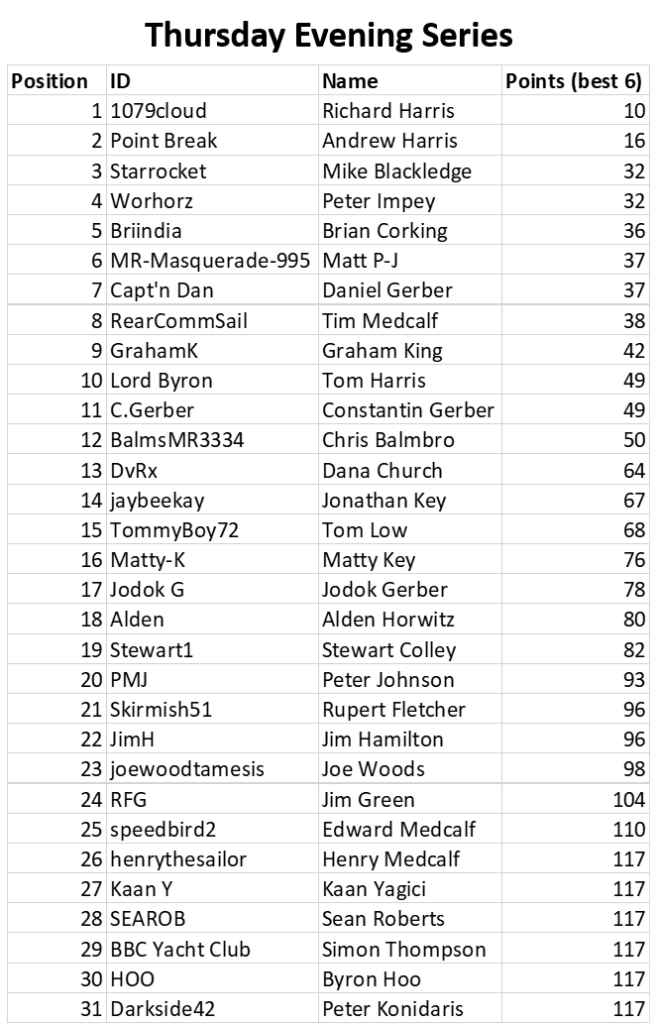 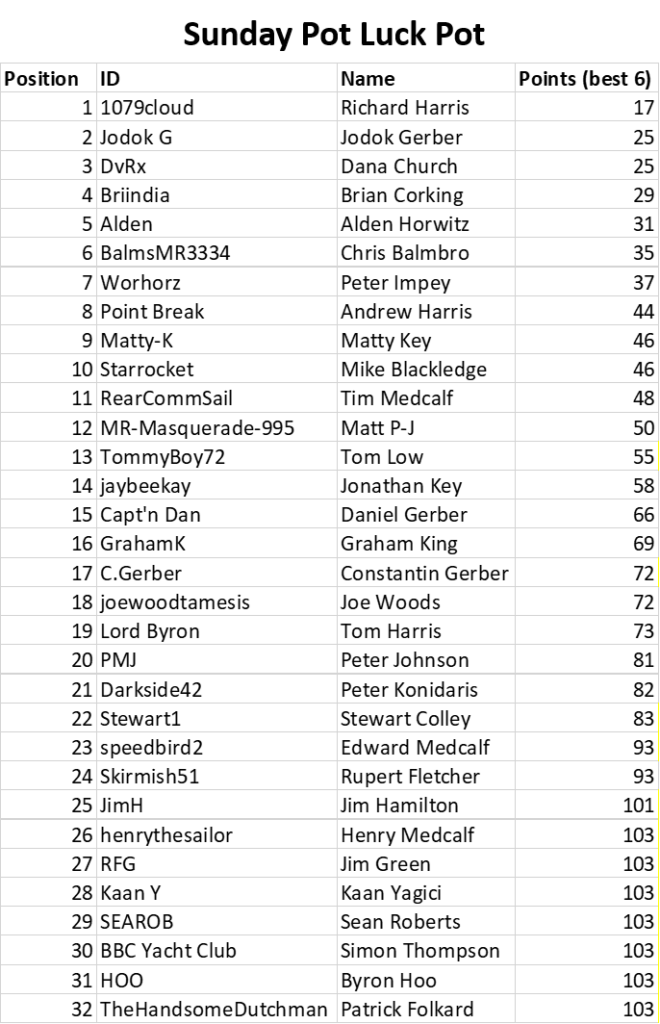 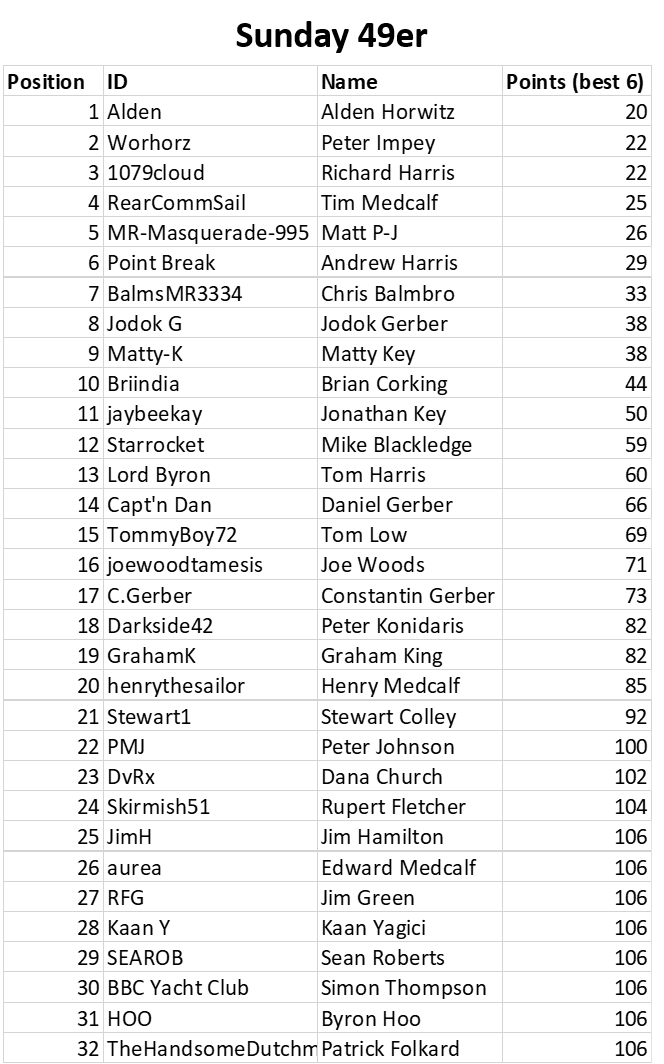