Although many members have switched their focus to a limited return to real world racing, there was still the matter of the final week of June’s virtual racing series to be addressed.

Races were run on Tuesday for the Juniors and Masters, Thursday evening, and then on Sunday evening to accommodate the morning racing which had been moved to allow for a return to the water.

The two age group leaders were decided in the Junior racing.  Tom Harris pulled ahead of Matty Key in the 11-16 year old group, while in the 10s and unders Edward Medcalf was bested by both winner William Balmbro and Arthur P-J who took second.

The Masters group saw the same podium group prevail from the previous week with the series being taken by Mike Blackledge, with Brian Corking in second and Tim Medcalf in third.  Mike therefore establishes himself as the Master Blaster having won both series run so far.

The first week of the Thursday series set the tone and Richard Harris’s victory never really looked in doubt at any point.  In the final week, he pulled out another point ahead of his brother Andrew with Peter Impey nudging past Mike Blackledge for third.

Tom Low scored three bullets in Sunday’s Pot Luck Pot to clinch the series and push previous high flyers Richard Harris and Jodok Gerber down in to second and third respectively.  A no-show at the last round of 49er racing saw series leader Alden Horwitz slip to fourth.  His place was taken by Richard Harris with Peter Impey and Andrew Harris close behind.

Well done to everyone who took part in the virtual racing and congratulations to the podium finishers.

The final standings for qualifying competitors are shown below: 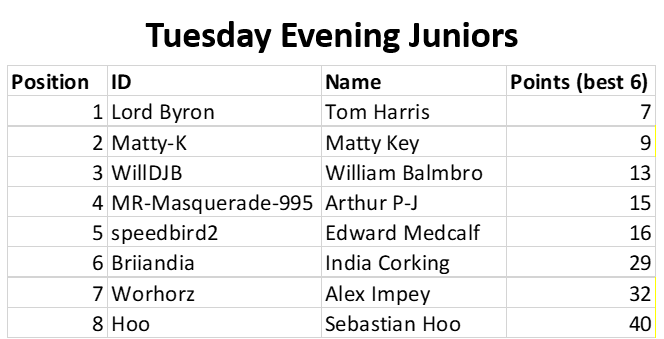 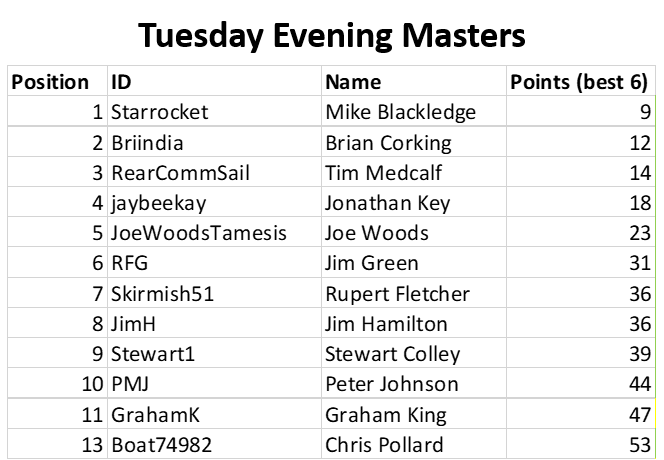 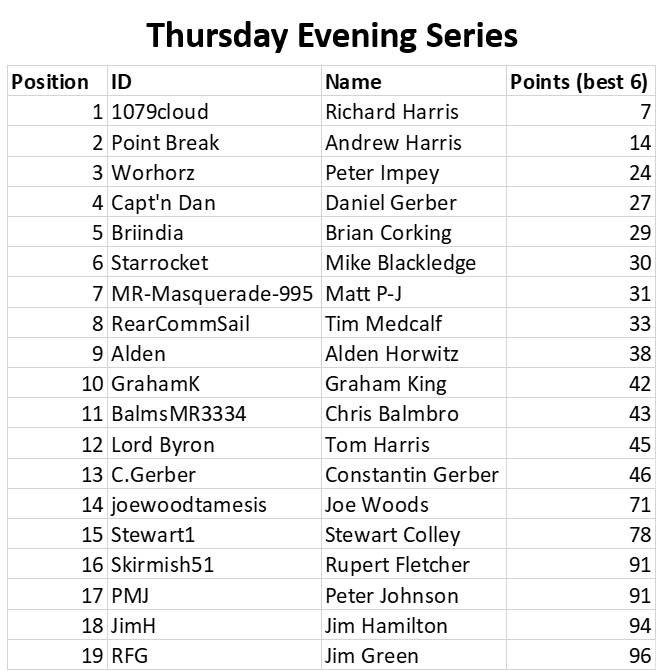 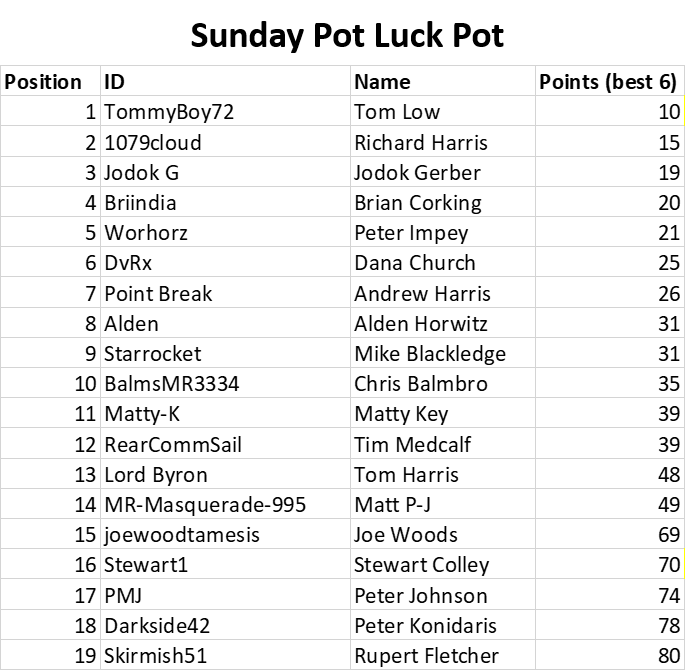 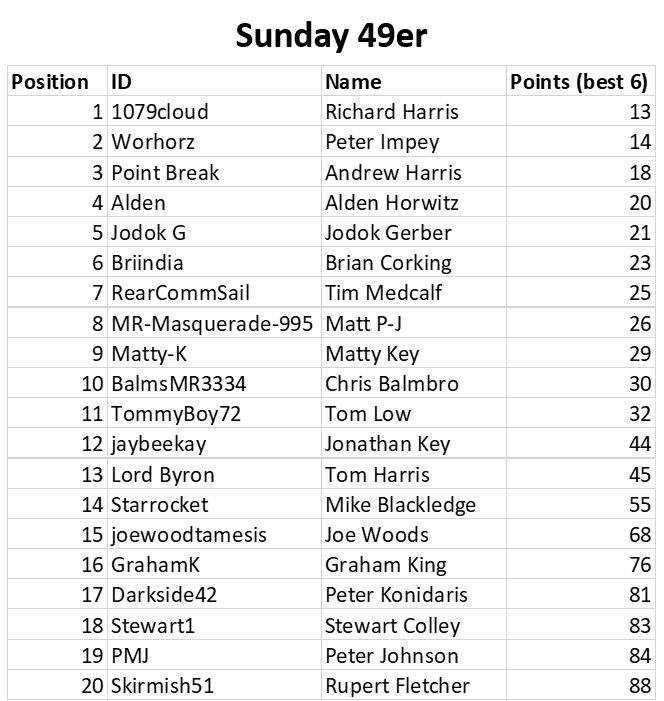