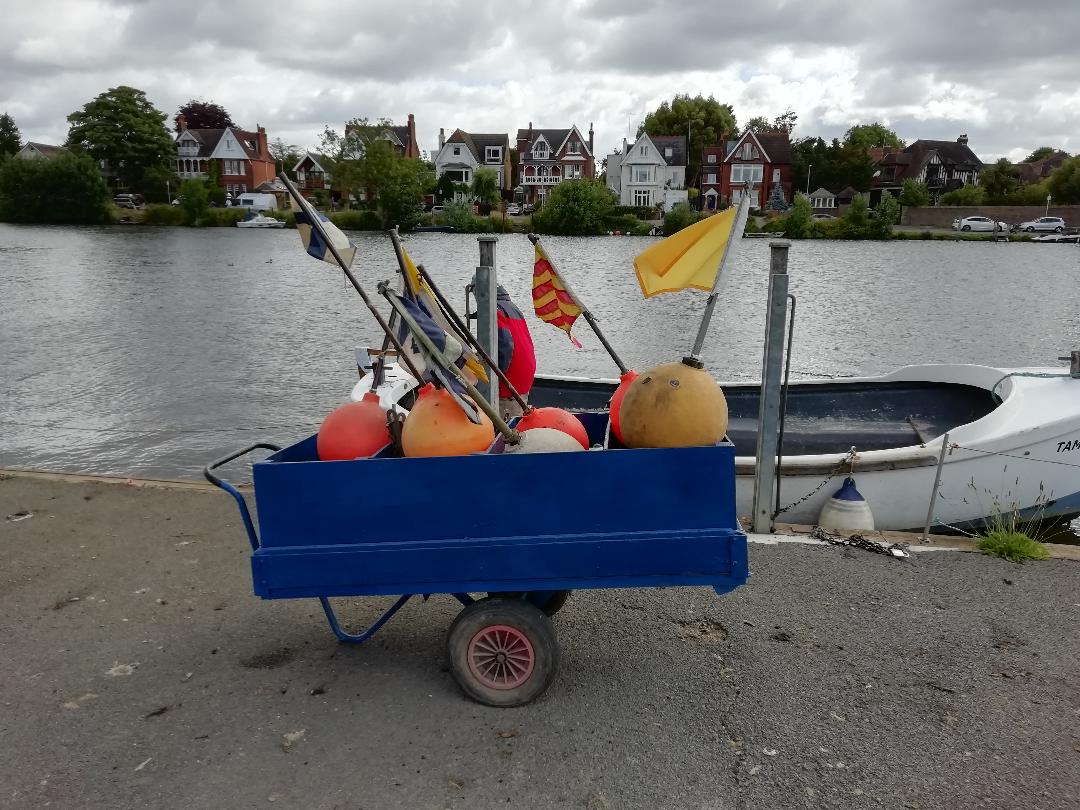 After several months enjoying a quiet life locked down in their shiny new wheeled barrow, the Tamesis Club racing marks made a long-anticipated return to the water on Sunday.

Tossed by a frisky breeze, the buoys saw nine Lasers take to the start of their fleet race, followed at a  suitably socially distanced interval by a fleet of four Merlin Rockets.

The Laser fleet wrestled its way around a simple up/down course with the frequent squally gusts catching a few skippers unawares as they blew the cobwebs away and re-familiarised themselves with racing after a long layoff.

The Merlin Rocket fleet got underway in slightly more benign conditions and enjoyed a stretch of its legs.  Despite the passing of time since the last outing, things had a familiar ring as Richard Harris and Maddie came home first from Ken Duffel and Matty, with Matt P-J and Arthur in third.

The bank-side spectators were quick to spot the potential in Peter Impey’s new boat Warhorse which showed some good speed and will likely settle in to be a strong competitor in the fleet. 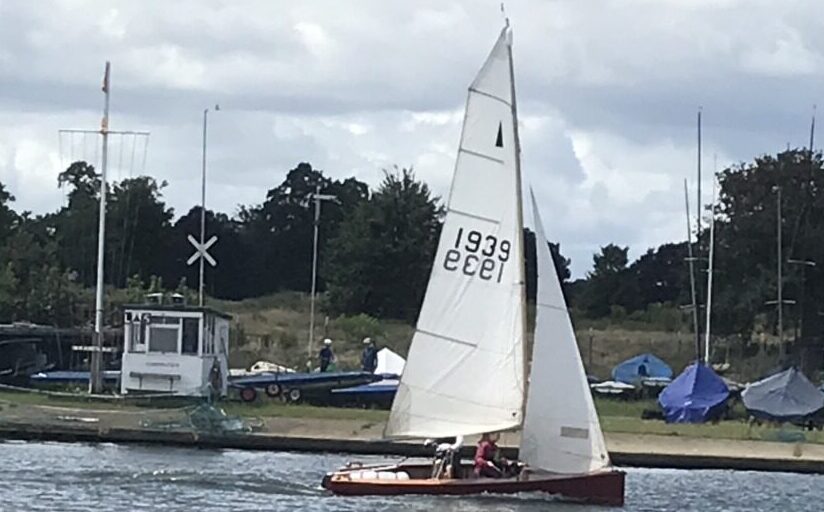 Regardless of where they finished, all racers enjoyed their morning and the addition of a pop-up bar provided by Nicky Johnson.

Thanks to Carolyne Vines (OOD), Henry Defries for assisting, Chris Pollard for managing the foreshore, Paul and Sara Jamieson for crewing the patrol boat, Andrew and Debora Horwitz for preparing facilities to make them compliant, Carolyne and Anne Bayne for the photos.

Not forgetting the buoys of course.  Great job guys, we look forward to seeing you on the water again soon!