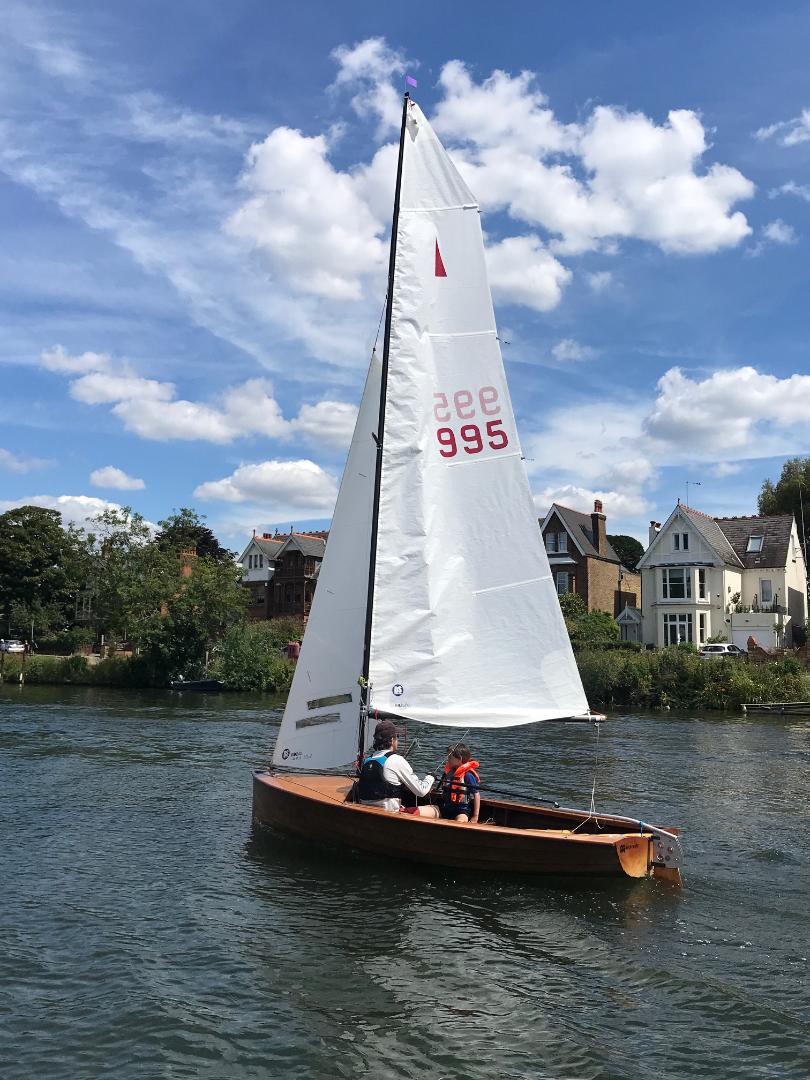 The Teddington Riviera turned on the sunshine this morning as the club put another toe in the water of a return to fleet racing.

In contrast to the boisterous wind of a fortnight ago, the breeze was gentle but still enough to enable some close racing to be enjoyed.

Although some had been put off by the forecast lack of wind, five Lasers took on a dogleg course and there was some exciting competition in the mid-fleet.  Constantin Gerber took the gun, while Ros Warwick-Haller pipped Jim Hamilton for second by the narrowest of margins.  Graham King was a close fourth and Barnaby Jullien persevered for fifth.

The Merlin Rockets were already on the water before the Lasers, marshaled by the Commodore, returned to the land.

Eight crews competed, all benefiting from a combination of youth exuberance and experience.  Some were shaking off the effects of the enforced absence from racing and it took a little for the fleet to find its rhythm. 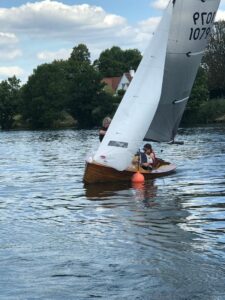 Richard Harris, as often happens, took a commanding lead with the Masons and Medcalfs managing to also put some distance in to the rest of the fleet; the final one, two, three being decided by mid-race.

The next four boats, representing the teams of P-J. Duffel, McLaughlin and Baker all came home within the space of a minute and had enjoyed some close action in the closing stages.  It was also great to see Team Tugendhat on the water giving their boat a run.

Thank you as ever to the volunteers, Carolyne Vines and Henry Defries running the box, Chris Pollard patrolling the foreshore, Daniel and Kathrin Gerber in the patrol boat and for the photos, and Andrew and Debora Horwitz for ensuring that the club’s grounds and facilities are compliant.