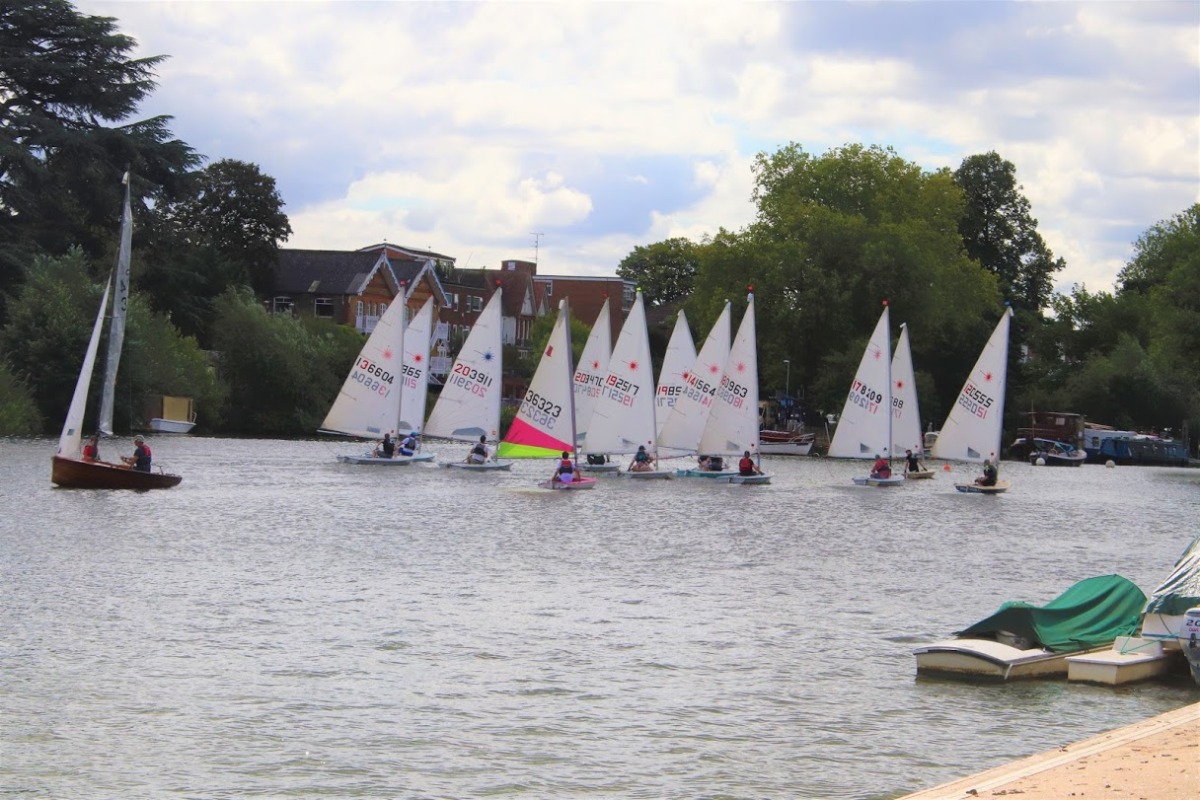 A lovely looking morning welcomed twenty boats to the club but a shifty breeze made everyone work for their post-race refreshments.

The resurgent Laser fleet fielded a dozen boats and witnessed some classic river sailing.  Marcus Chavasse blitzed the start and never looked back, winning by a handsome margin and leaving many of the regular fleet wondering.

Behind him however, the rest of the fleet demonstrated just why river sailing is so addictive, or frustrating depending on your point of view.

The lead pack that had developed in Marcus’s wake had pulled out a very significant lead over the remaining field and looked certain to pick up the remaining places at the head of affairs. 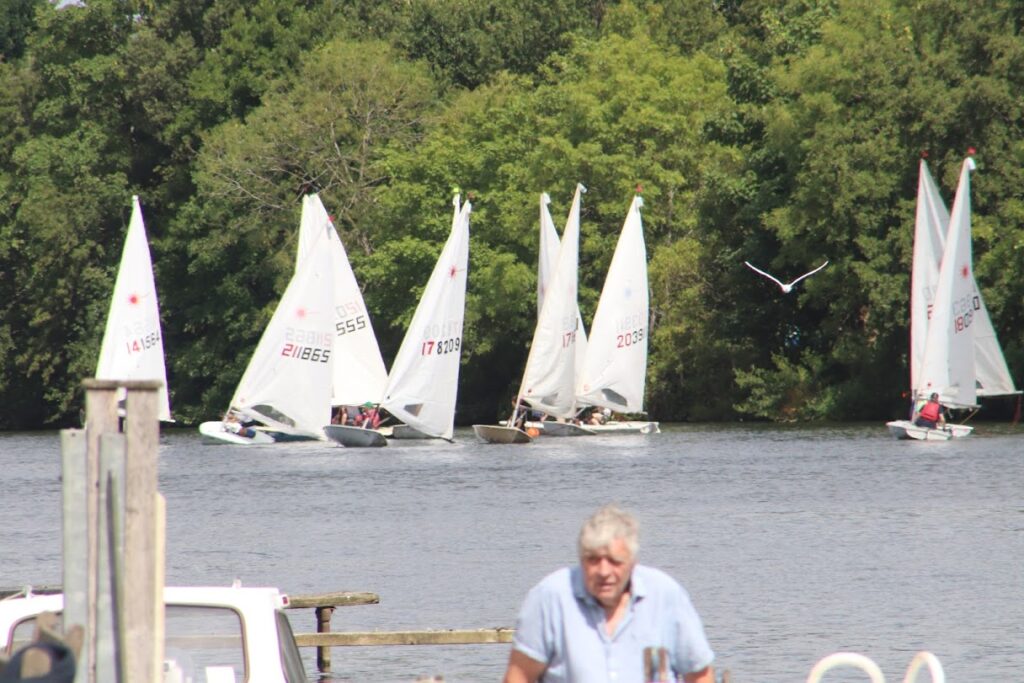 This feeling of contentment and the expectation of a job well done diminished as the group of front-runners found itself struggling to round the Canbury mark for the final time.

Meanwhile, all of the remaining competitors, along with Henry Medcalf in the lone Topper, were swept up the river from Lensbury and recovered almost a leg’s worth of distance. 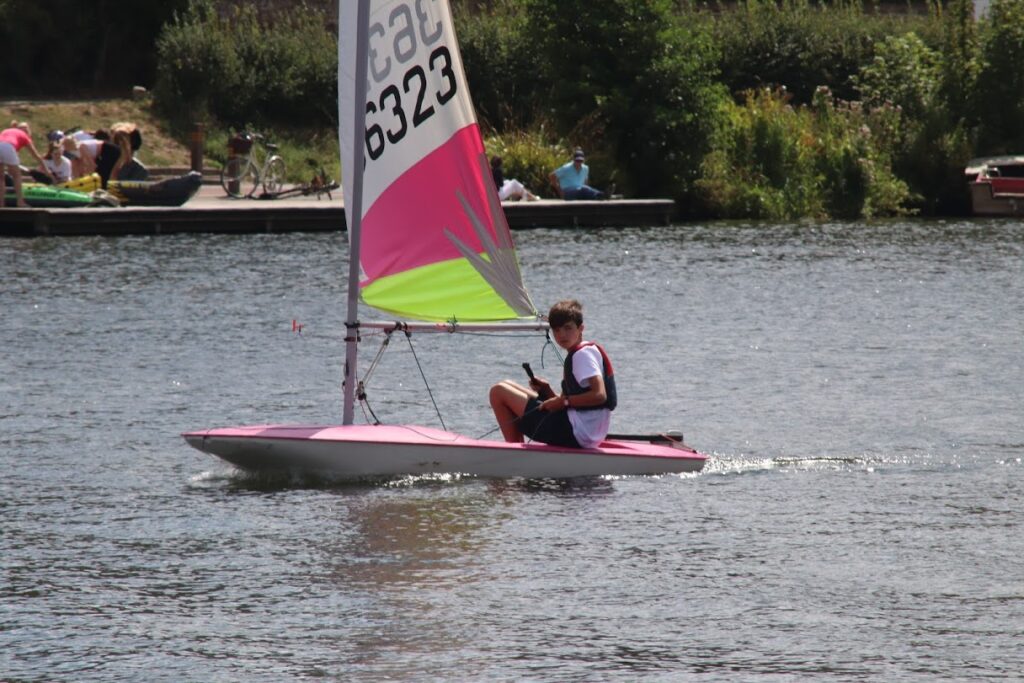 Suddenly the whole fleet was together and jostling to be break free from a raft of boats and cross the finish line.  This situation resulted in several canny sailors, notably Stewart Colley among others, moving from a lowly position to an elevated one.  And others making the corresponding journey from the front of the stalls to the cheap seats.

The race was a credit to all sailors and shows the great potential in the Tamesis Club Laser fleet, especially as there are many other helms who may be tempted to join in the fun swelling numbers further. 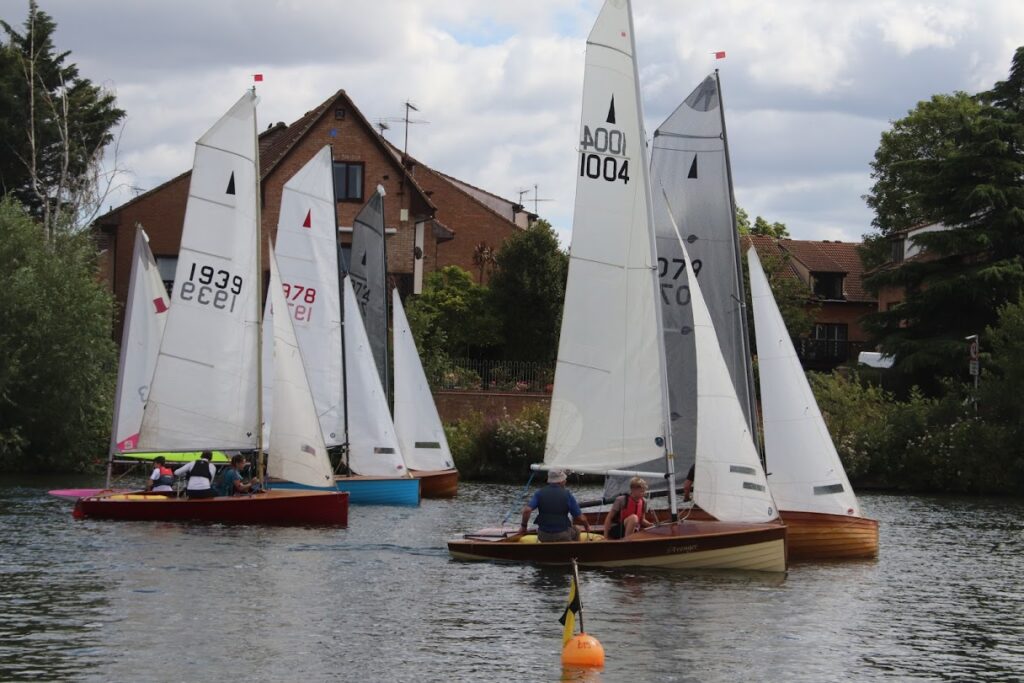 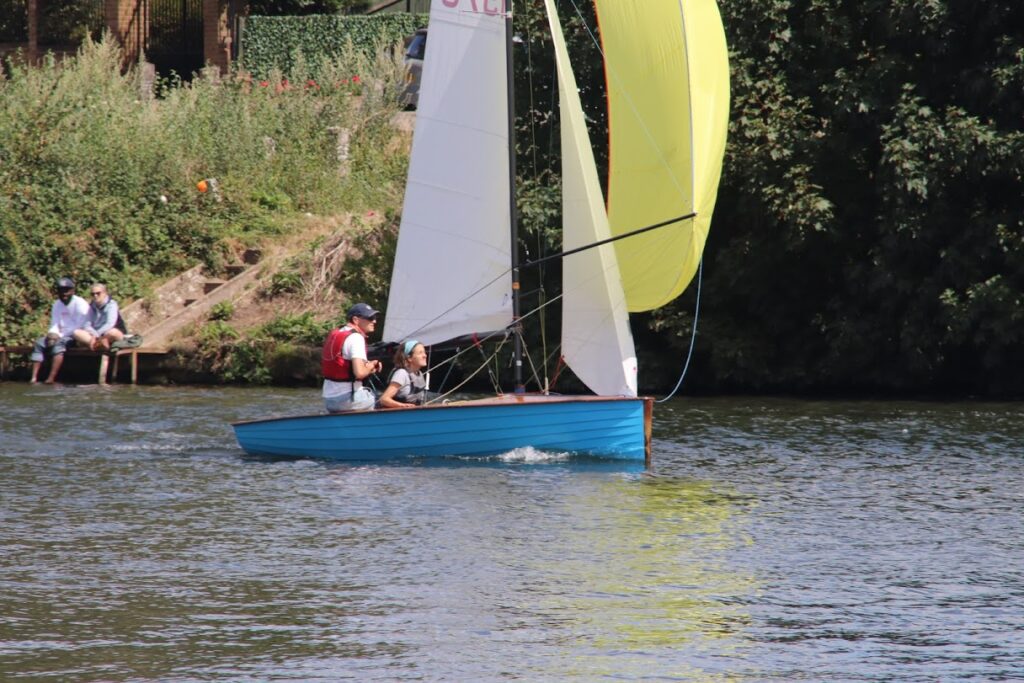 Thanks as ever to the volunteers without whom the racers could not have raced.  Simon Thompson in the box, Carolyne Vine and Johannes Wagner on Flags and Foreshore, and Barbara and Martin Adams in the Patrol Boat.  Also, to Nicky Johnson and Carolyne for running the Veranda Bar which continues to be a most welcome feature of the club’s ‘new normal’.