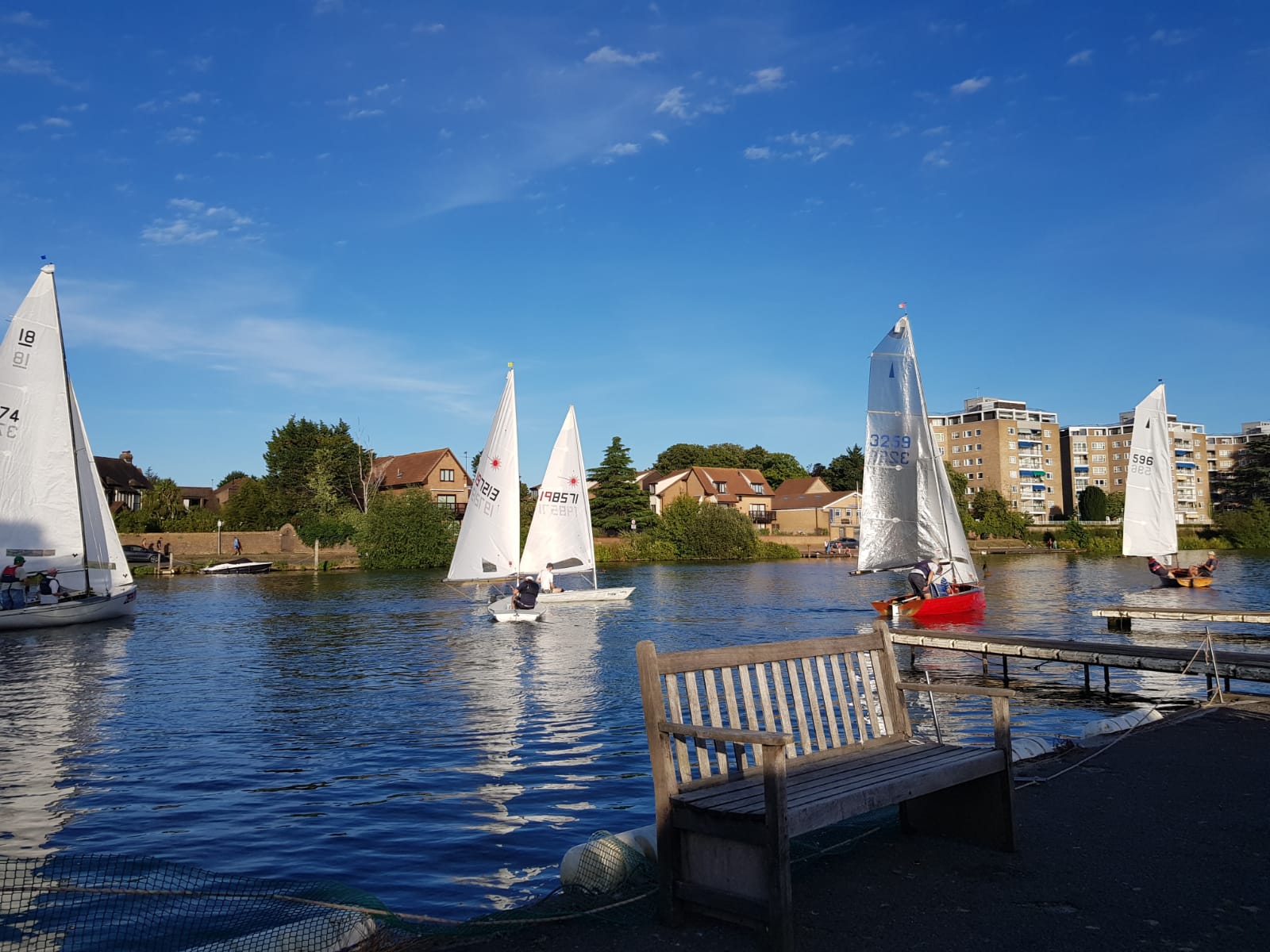 (Report on Thursday evening race of 6th August 2020)
It could have been any summer Thursday evening, light winds, a few keen sailors trying the catch the last of the evening’s zephyrs, pleasant drinks and chat afterwards.
In fact it was the fist race of a severely truncated Thursday evening program.  While this August may be highly unusual in having 5 Mondays and 5 Saturdays, it only has 4 Thursdays, so the series will be 4 races, with three to count towards some kind of trophy.
It was a beautiful evening with sun and a little wind largely from just west of south.  The seven competitors, 4 Lasers,  2 Merlins and a solitary N18, aptly named Zephyr made up the fleet which were sent upstream to Canbury for a simple sausage course.
Tim and Veronique Medcalf in their Merlin Samanda made the early running but were overhauled by Henry Defries and Carolyne Vines in the N18.
David Baker and Jim Green in their Merlin Andromeda were surprised to find themselves behind all the Lasers and everyone else until a large stick was found attached to their rudder. Freed of their encumbrance they sped through the fleet, providing colour to the evening with their red spinnaker, and just managing to squeeze in front of Marcus Chavasse in his Laser to take third on the water.
On handicap the Lasers were remarkably well spread through the fleet, taking 1,3, 5 and 7 with the other classes interspersed in between.
As per any other Thursday evening, the wind departed and the evening came to a close with a few drinks (thanks to Nicky Johnson and Carolyne on the veranda bar) , but in deference to Covid restrictions, no supper.  Thanks to the organising team, John Adams and Henry Medcalf in the box and on the flags, and the Jamiesons for taking the first shift on the launch while the Johnsons were delayed in traffic.  Nicky Chavasse took the photo.
There will be three more races in August and three are needed to qualify for the series.
The current standings are shown below: