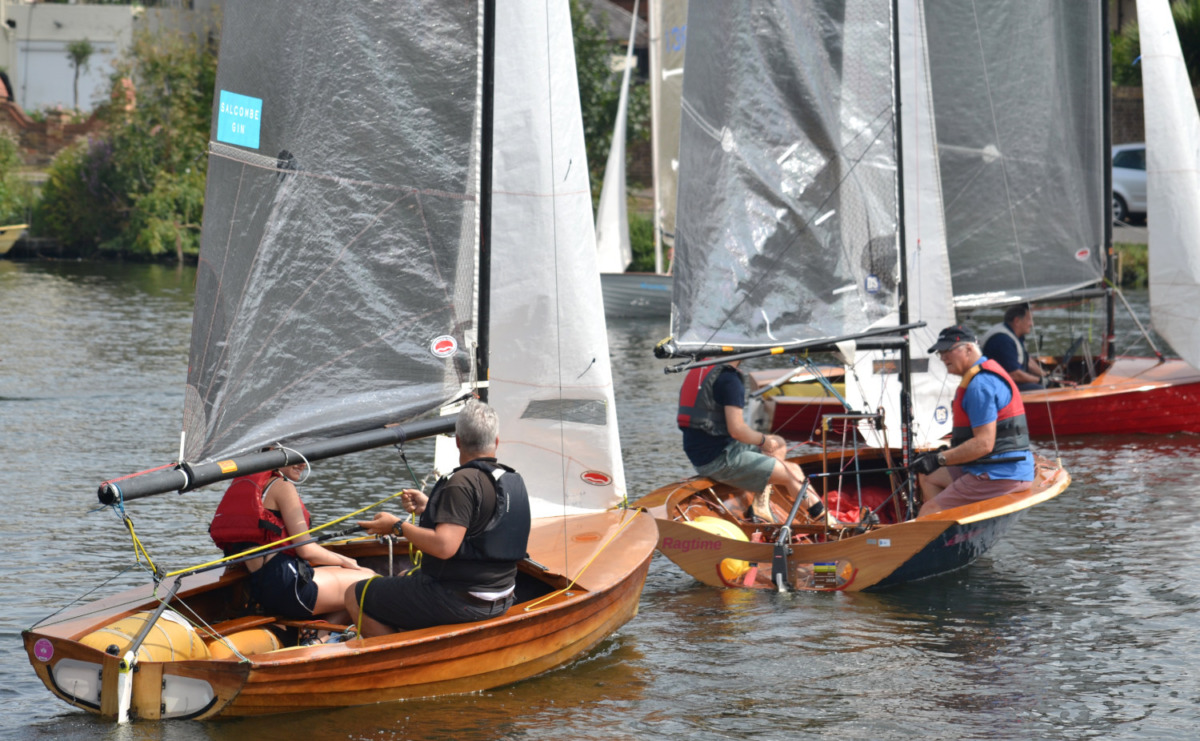 The river was like a millpond when the early birds arrived at the club to start setting up, but the breeze had built to create sailable conditions by the time a compact fleet of four Lasers took to the water.

The action was at the front of the fleet with Chris Taggart and Alden Horwitz contesting a tight first lap.  However, Chris seemed to find an extra gear and extended a narrow lead in to a handsome one by the time the finishing hooter sounded.  Alden came in second, followed at a distance by Jim Hamilton and then Barnaby Jullien.

Two National 18s, one containing The Commodore, joined four Toppers for the 11.00 start.  Both groups enjoyed some tight racing. 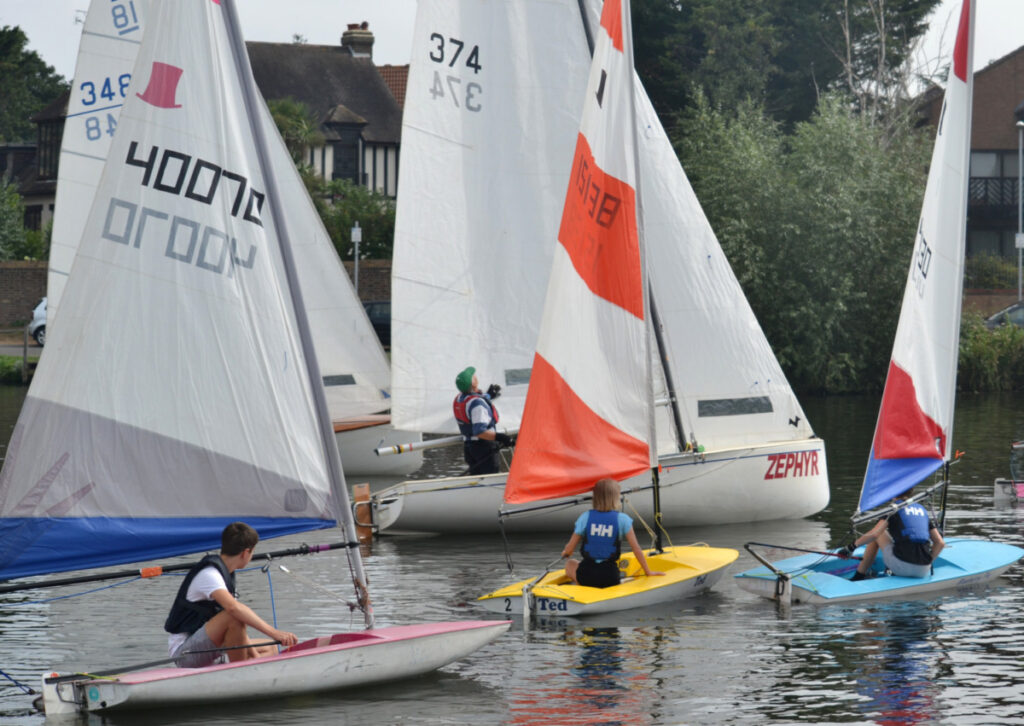 In the Toppers, Matty Key overhauled a fast-starting Henry Medcalf to win by two seconds, Maisie Key coming in a close third and Alfie Williams rounding out the quartet. 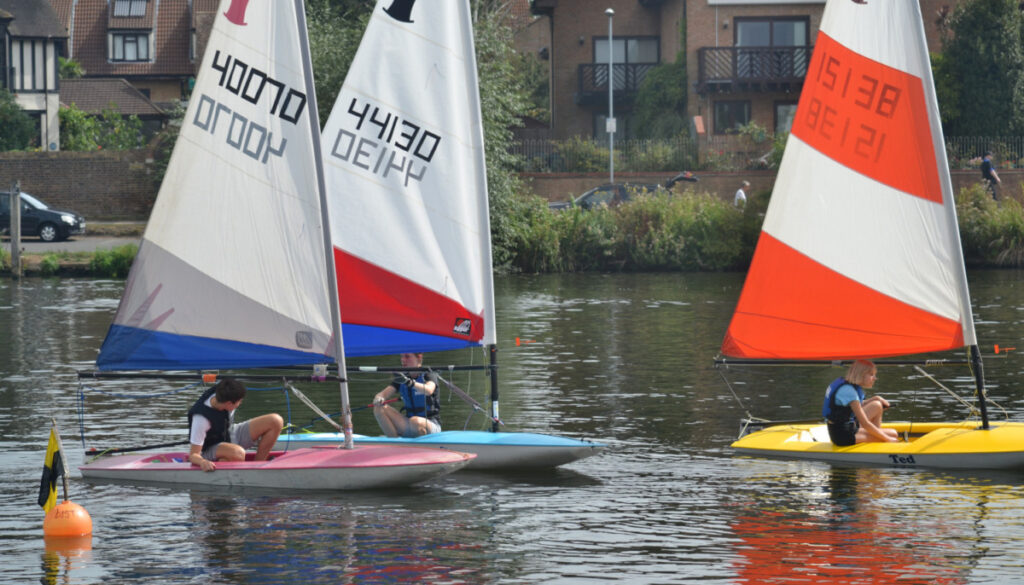 The National 18 on the water results were not changed by the handicap calculations with Henry Defies and Carolyne Vines claiming a slim victory over Chris Pollard and Sue Katz.

The nine Merlin Rockets were a fine sight as they crossed the start line.  Richard & Maddie Harris, Matt & Arthur P-J and Peter & Richard Mason all made a break for the first mark with Richard making life harder for himself by winging a Topper and having to do a turn. 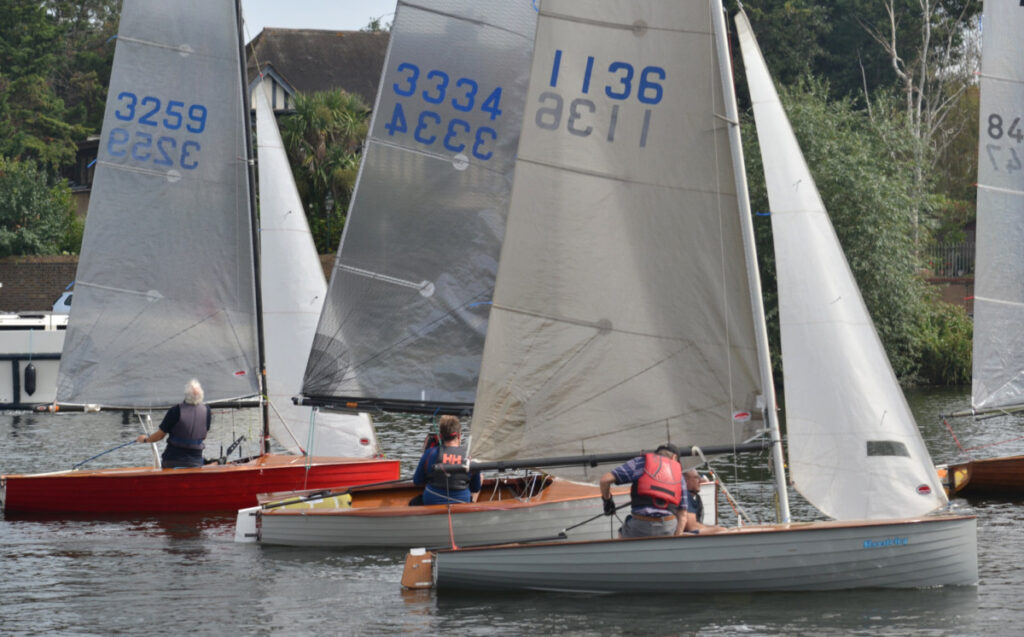 As the race developed, Richard and Peter pulled away to finish a closer than usual first and second while Tim & Ed Medcalf overhauled Matt for third.  Behind them, a number of boats had their own private battles and it was good to see John and Zoe Adams return to the fray after an extended break. 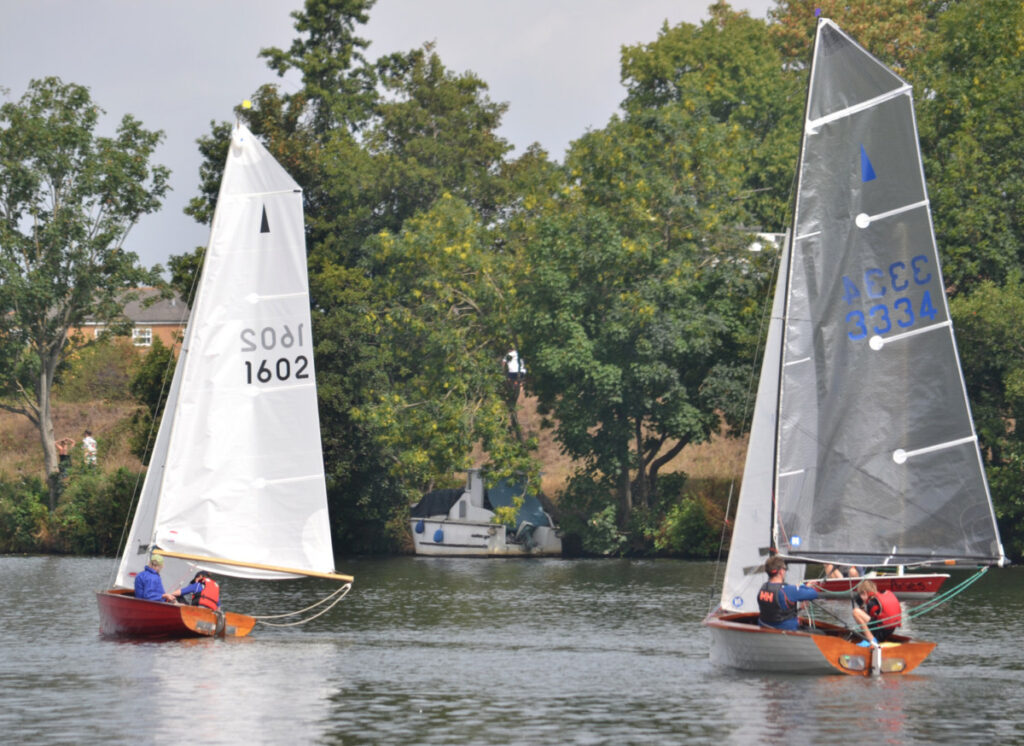 The volunteer team lead by OOD Charlie Morgan did a sterling job.  An honourable mention to Anne Bayne who coordinated a spectacular display of what could be a record breaking number of signal flags.  Humphrey Dorrell kept the foreshore moving while Barbara and Martin Adams ran the patrol boat.  Thanks as ever to Nicky Johnson and Carolyne Vines for providing post-race drinks and snacks from the Veranda Bar which fueled socially-distanced socialising on the lawns.  Jonathan Key again provided all of the photographs and David Baker did the sums both of which are much appreciated.