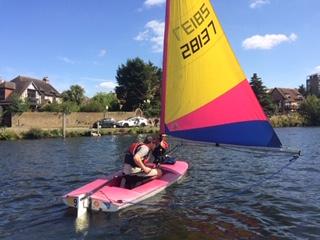 Welcome
In an article about outside broadcast programmes made by Pebble Mill at One I read that a Dreadnought nuclear submarine can “aquaplane “ which I assume is similar to what we know as planing .
This happens when a boat goes fast enough to rise up on its bow wave and skim across the water instead of plowing through it so going twice as fast.
You shouldn’t be doing that on the river in a power boat and wouldn’t find it easy in a dinghy .
The first time I managed it was in Osborne Bay during a weekend at the National Sailing Centre organised thru my old club .
After a hard morning doing race training the instructor said we could have half an hour fun sailing so I bore away onto a broad reach and let the sail out meaning just to have a gentle sail .
Instead the boat  sped off like a shot much to the delight of my companion “Ruthless Ruth “ 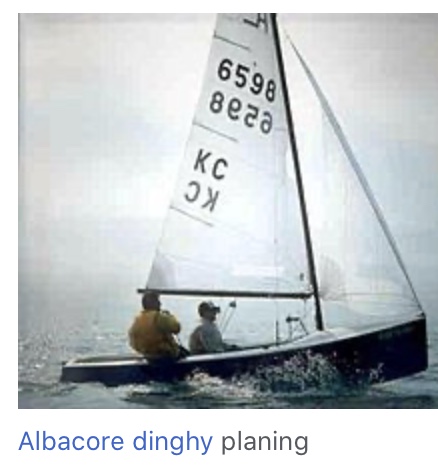 Sailing can be fun
You may wonder why the instructors give up their time to run training sessions.
It’s hard work but mostly good fun and every now and then you  realise a student has “got it “. 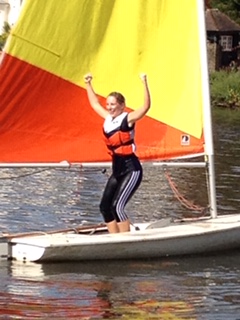 Sailors Sayings “splice the main brace “
This video covers sailing on a run ( you can skip the advert ) if you couldn’t open last weeks Reaching you can probably get it here .
https://www.youtube.com/watch?v=FI-9JeVzsK0
The Oppie book recognises that it’s easier for beginners to get round on a gybe rather than a tack
On a Topper it’s trickier 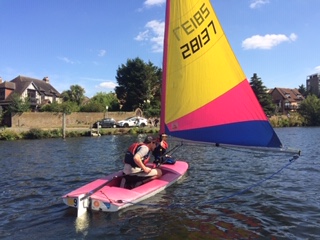 Big Boat Stuff
Incompetent Crew
Arriving in Monnickendam we moored in the canal beside the Marina . 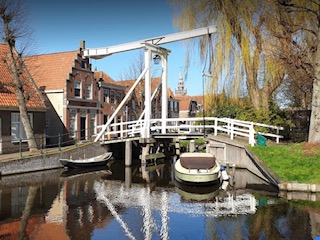 The name means Monks Dam and the town is really attractive
Heading back to the boat after an evenings ramble I heard live music coming from the hotel in the Marina .
Roger wasn’t interested so I went back to check it out and found a young American couple jamming in an old ships boat set up as a smokers “howf “
After watching thru the window I was asked in and invited to play .
This lead to a fantastic evening with a fast growing audience providing free beer as we passed the guitar back and forth switching from folk to Country and Western and even
Country Joe and the Fish’s Woopee we’re going to die .

Answer from last week:  The wake from single propeller between twin rudders doesn’t wash over the rudders so they have no effect till speed builds up,

This weeks’s question:  At sea at night what does it mean if a vessel shows an all round  red over an all round green