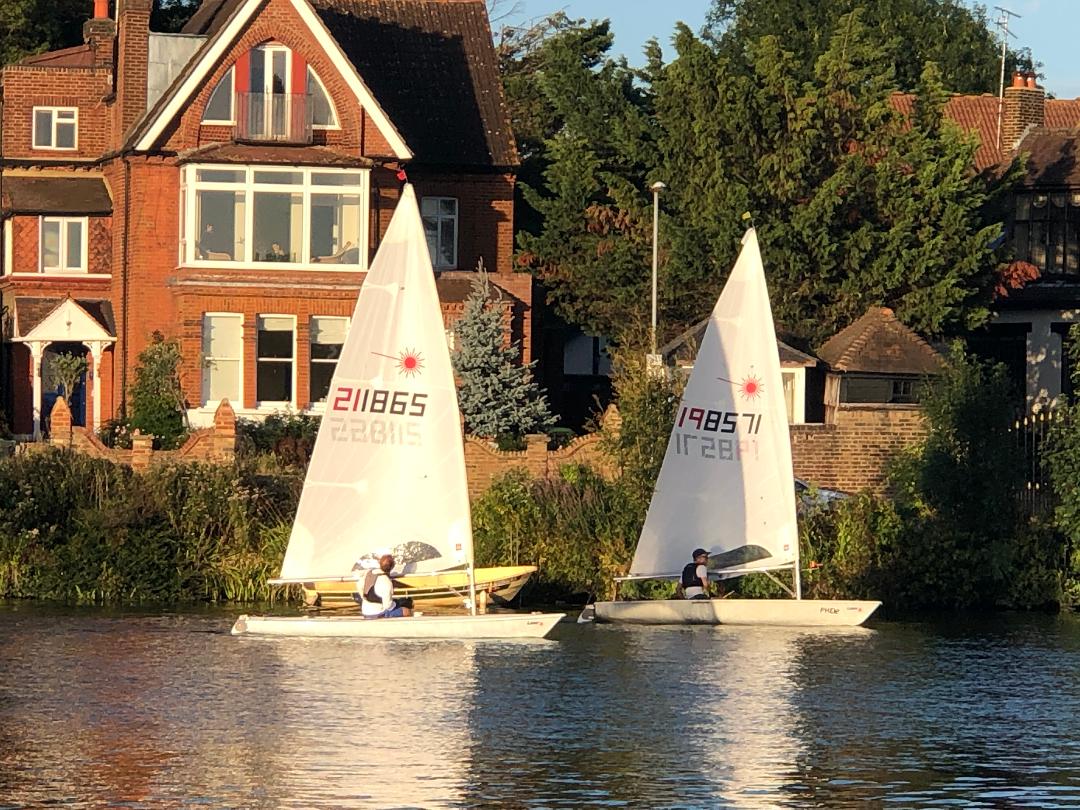 The forecast for the evening of Thursday 20th August was variable, one BBC report suggesting winds varying between 15mph with gusts to 30 mph, another an average of 11mph. However all seemed to indicated that unusually the wind would stay for the duration of he race and hence a long course Canbury/Lensbury was set to take advantage if this rare occurrence.

The race did start with a reasonable wind for the 9 entrants, 5 Lasers, 2 Merlins, an Ultra N18 and a Topper, which defying the predictions but true to form,  died as the race progressed leaving a long race in the gloaming for some.

Matt P-J and Kaan Yargici managed to find the elusive patches of wind to keep the N18 moving and were leaders for all three laps, also managing to save their handicap by a few seconds and win on handicap as well. 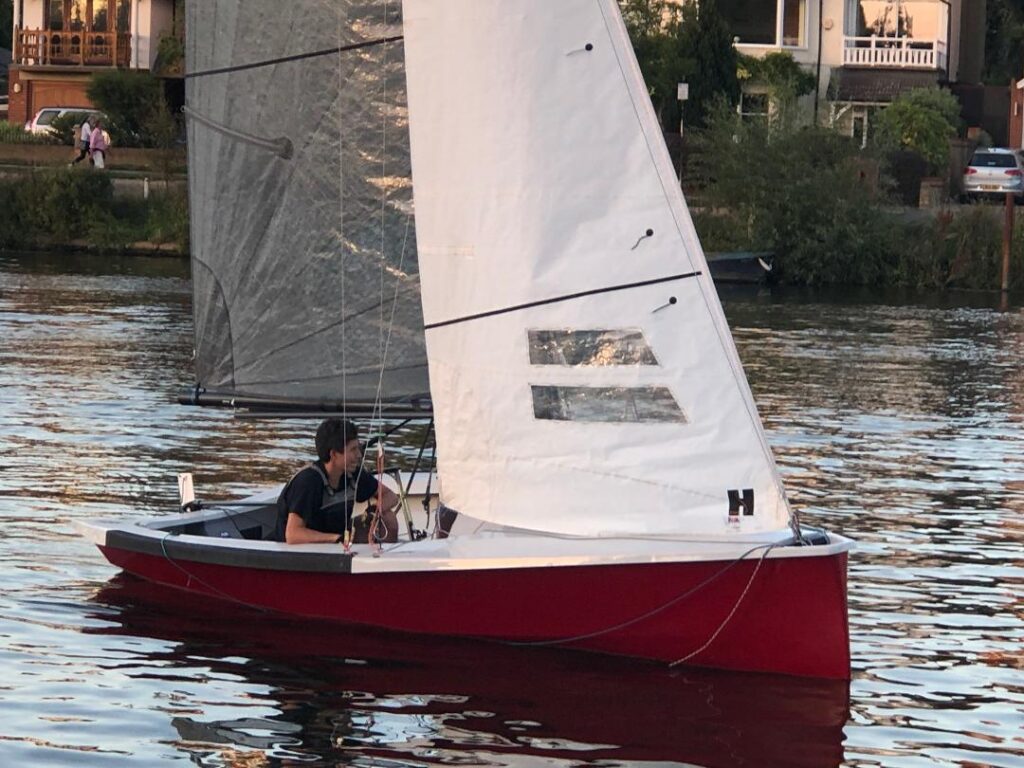 They were chased by the two Merlins with Tim and Verinique Medcalf followed by Chris and son William Balmbro.

Behind them the Lasers had a good battle with Chris Taggart pleased that he had ignored a twinge in his back to sail leading them home.  It was good to see Matt Key representing the Juniors in his Topper and beating couple of the Lasers on handicap. 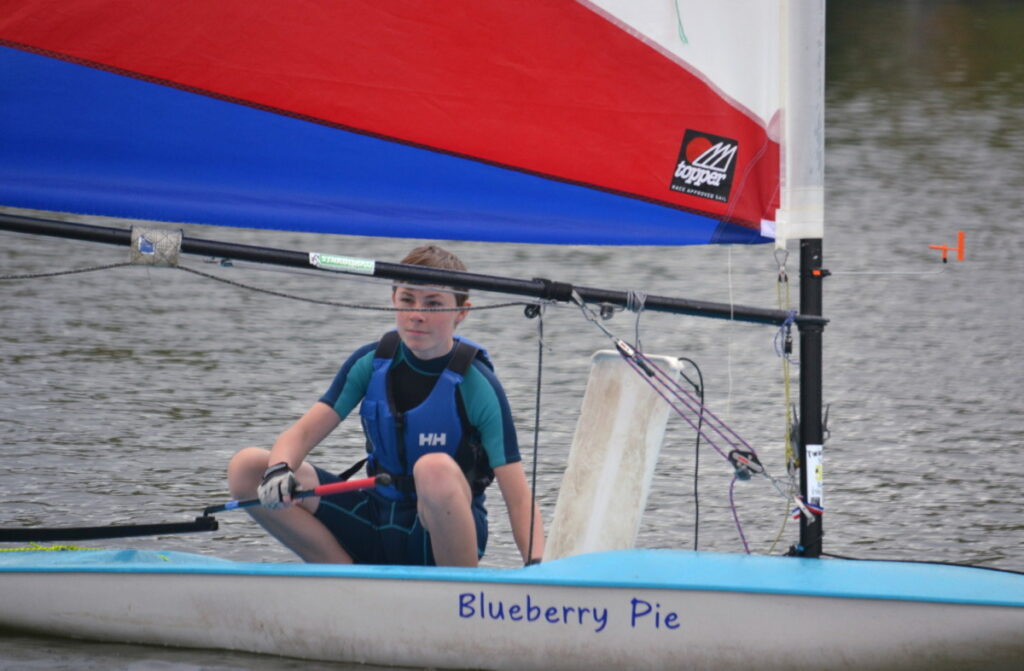 Thanks to the supporting crew of John Adams and Rupert Fletcher on the box, Clive Mence and Martin Adams in the launch, and to Andrew and Debora Horwitz for running the Veranda Bar, helping to bring the evening to a very pleasant close.