A fixture on the Merlin Rocket calendar not to be missed is the Ranelagh SC Downriver Race.  Not only is the format special, the race also starts from the Putney Embankment, the spiritual home of the Merlin Rocket.

The event drew an excellent 31 boat fleet which included ‘Kate’ MR1, through to modern Winders and almost everything in between.  Tamesis Club was represented by Joe Mclaughlin and Sean Roberts in MR3724 ‘Sublime’, and Tim Medcalf and Valerie Hamill in MR596 ‘Samanda’.

As the name suggests, the Downriver Race sees the fleet go down the Thames on the back of the last of the outgoing tide before making a turn at slack tide and then coming back upriver benefiting from the incoming tide.  That’s the theory at least!

There was a real buzz on the embankment as boats were rigged in the sunshine and tactics were discussed over coffee and bacon rolls regarding how to stay above the line considering the outgoing tide and light winds.

The 10-4-1 start sequence resulted in a LeMans-style departure at the 4 minute hooter with helms jostling for position while avoiding being push downriver too soon.

Once set on its way, the fleet spilled downstream hoisting a colourful array of spinnakers just after Putney Railway Bridge.  The breeze filled in a little at this point and the downwind leg was a joy.  The fleet split in to two with both Tamesis boats in the front group. 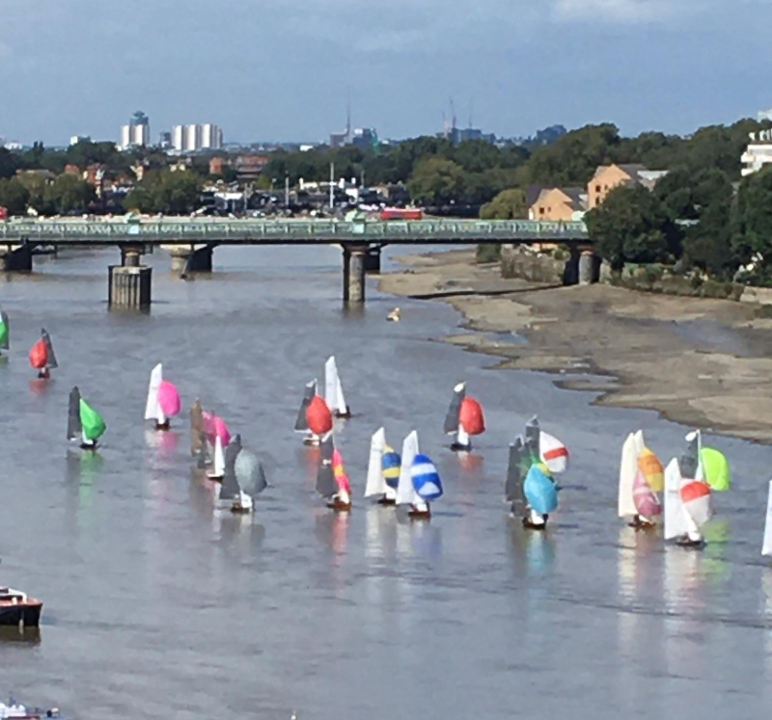 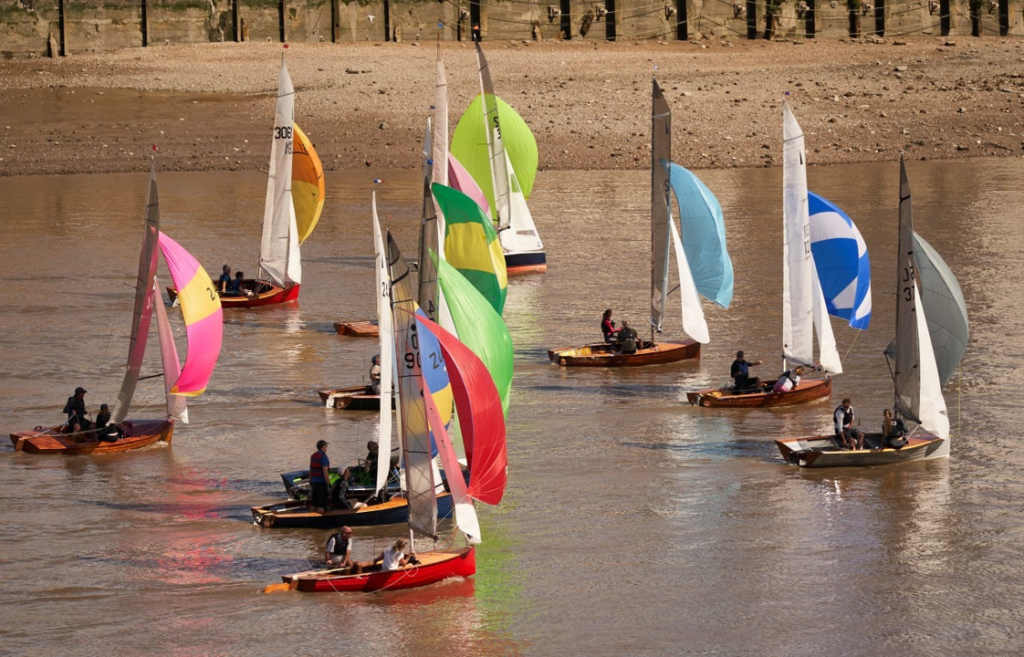 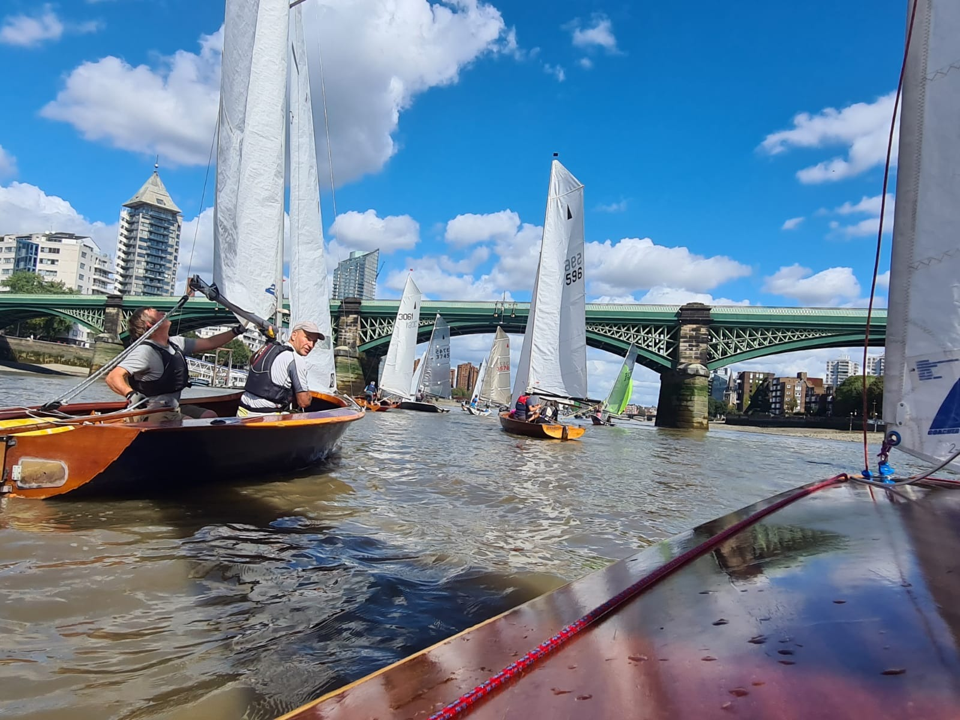 All too soon, Chelsea Bridge hove in to view with the turn mark anchored just in front.  Making the turn, it was evident that the wind had picked up and there was a lively beat back up the river.

By this time, the second group on the water had caught up and the tacking was fast and furious with crews all seeking a path between the shallows, moorings, bridges and each other.  After the ease of the trip down, the return was work.

Eventually, we arrived back in Putney where tired crews were pleased to sit down for a beer, an excellent lunch and chat, most of which centred on simply how great it was to be back on the water.

Vintage boats took the top three places and the event was won by Rob Cage from Thames SC with Alex Jackson second and John Bell third.  As a side note for those who are interested in the details, the dominant designs were Adur 7s and Proctor MK12s, all these front-running boats had had significant modifications and were impressive machines sailed by top crews.

Joe and Sean finished in the top 10, Tim and Valerie two thirds of the way down.

There are plans to run two downriver races next year and many good reasons to enter so it’s worth keeping an eye on the MROA calendar for details as Ranelagh SC extends a warm welcome.