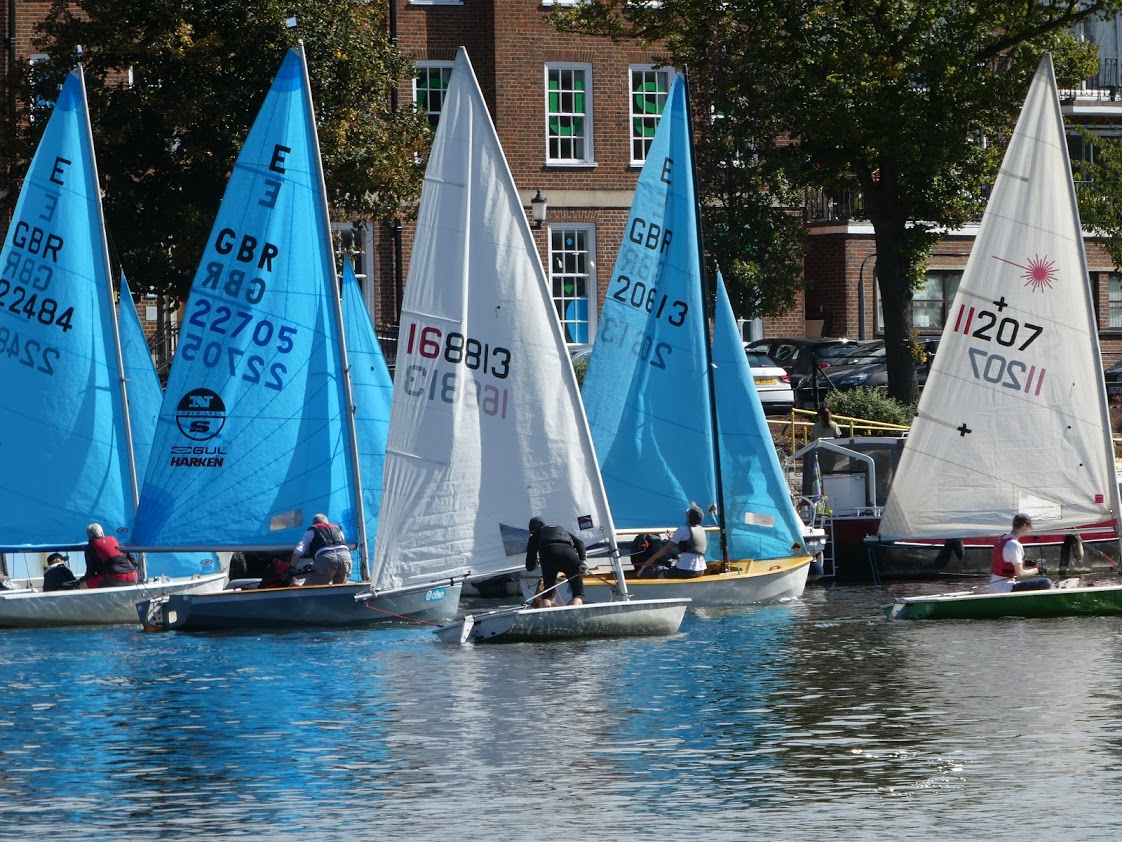 Three Tamesis Club boats attended the Minima YC Regatta over the weekend of 5&6 September.  Here is a report from Henry Medcalf about the event:

The annual Minima Regatta went on this year, with some new Covid restrictions to allow it to run smoothly and risk-free. There was a strong turnout of 26 boats from Thames SC, Twickenham YC, Tamesis Club and Minima YC including fleets of Enterprises, Lasers and Solos, and a handicap start.
Matty Key and Henry Medcalf sailed Toppers both days, Tim and Ed Medcalf a Merlin on Saturday only. 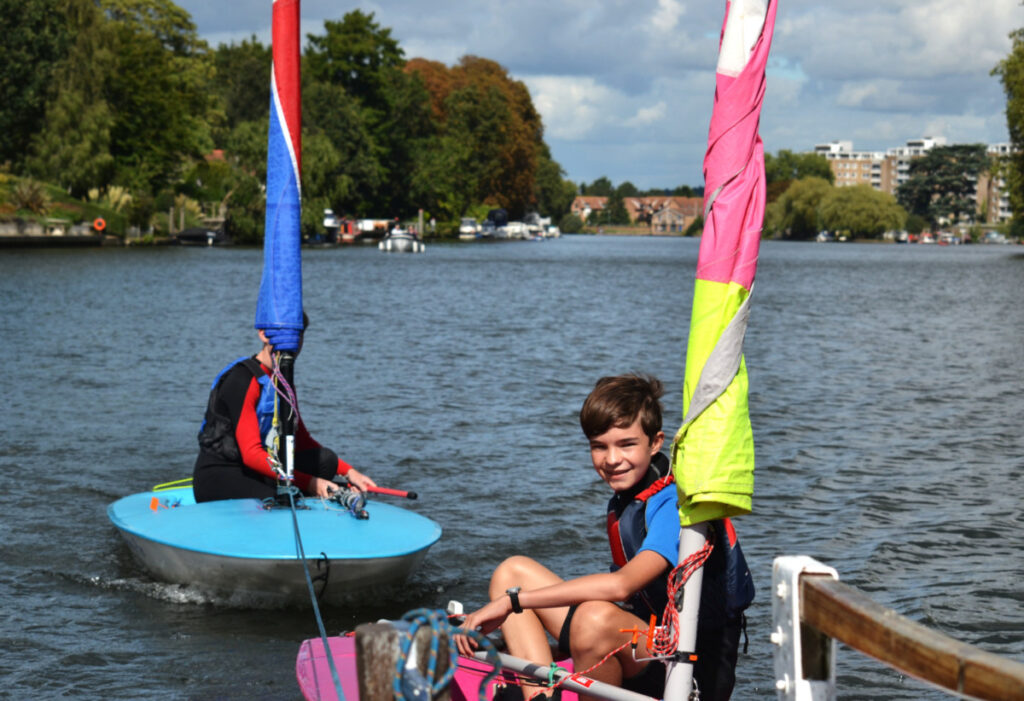 Winds were light on Saturday, and even lighter on Sunday, meaning that sailors had to use their best low-wind skills to keep going. The westerly wind meant that the wind came over the trees lining the riverbank. This resulted in some very shifty conditions. There were clear gaps in the trees which would allow some respite from the lack of wind. The variation in wind direction would result in sailors realising that they were tacking both up and down the course.
The weekend was split into five races (two on Saturday and three on Sunday) with an additional novice race at the end of Saturday. The course for most races was a sausage up to the Turk Launches pier and back down to just past the Minima box.
The Tamesis Club Toppers TO36323 sailed by Henry Medcalf and TO44130 sailed by Matty Key were rarely far apart, and created some great racing. The other river traffic meant that there was never a dull moment, with barges and GoBoats whizzing up and down.
There was a prize giving with prizes provided by the event sponsor, TWM Solicitors.  Henry Medcalf managed to pick up the novice race trophy with Matty Key coming in a close second.
Thanks to all of the volunteers at Minima YC for making it a great weekend, with a lovely barbeque to tuck into on Saturday night after a hard day of racing.
Special vote of thanks also to Kaan Yargici who was a huge help as he towed the two Topper sailors up to Minima YC with the launch – much appreciated!  Also to Twichenham YC for towing them back down again on Sunday.  All pictures by Jonathan key or Minima YC.