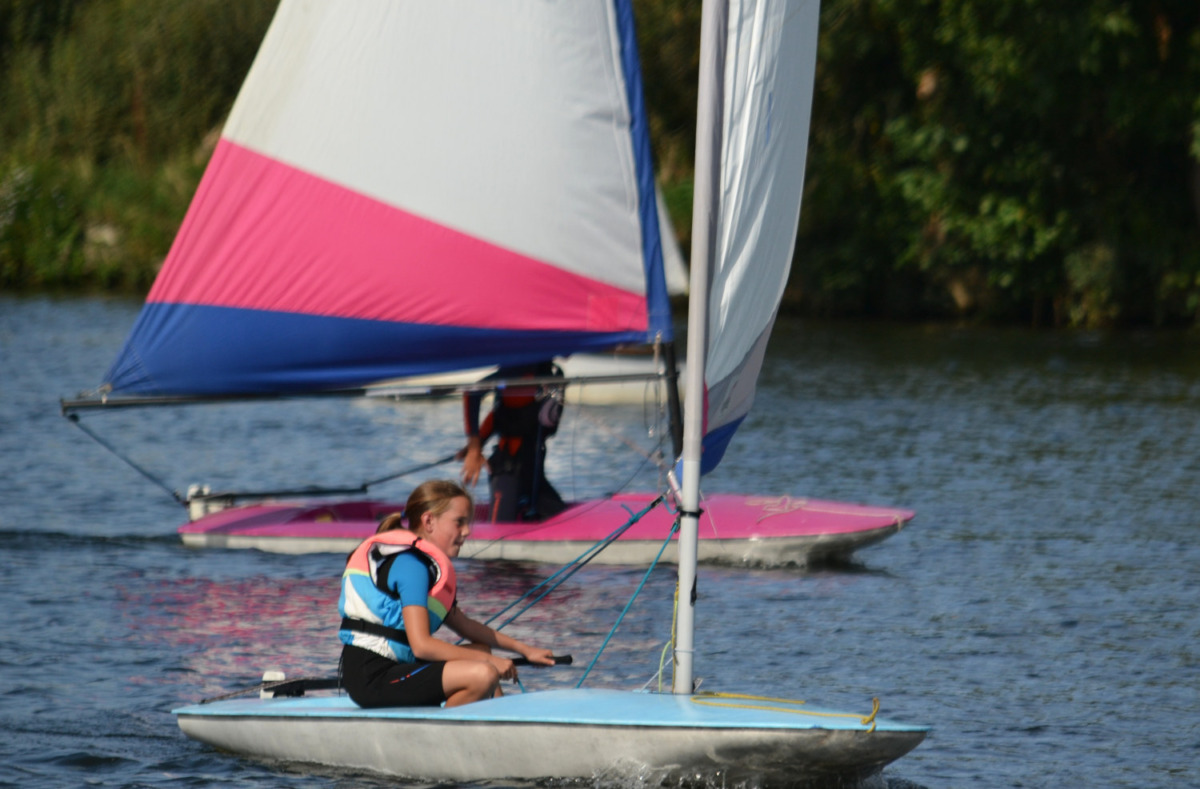 Demonstrating the strength in depth of Tamesis Club’s Jumior Sailing group, more than 25 youngsters took to the water on Saturday afternoon.

It was a delight to see a dozen Toppers, a triplet both of Optimists and Fevas, and the club’s Wayfarer all plying the reach. 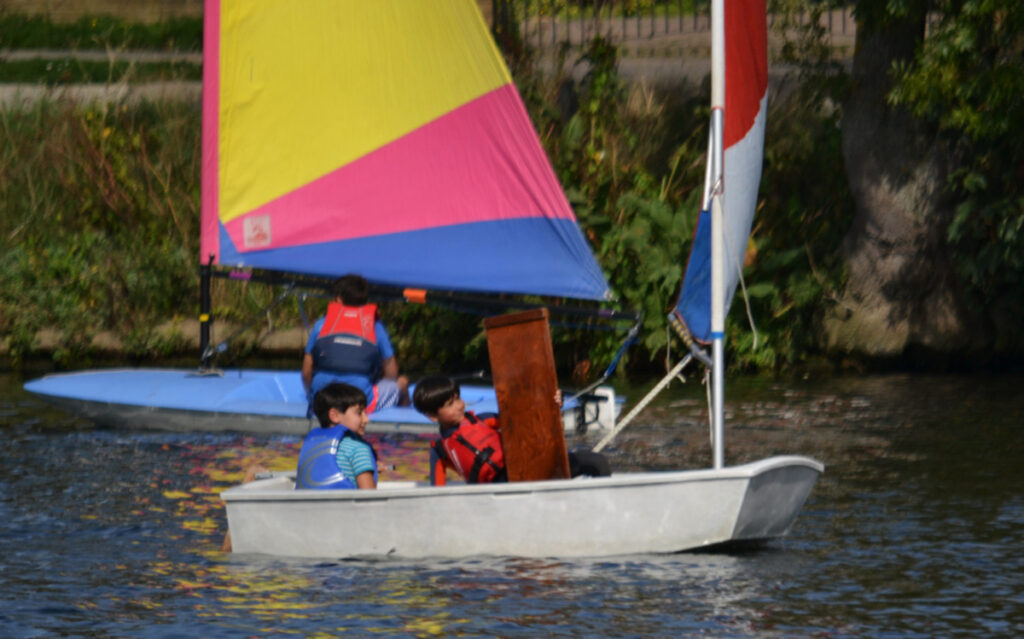 Coaching was provided by the experienced team of Andy Harris and Griff Tanner who guided the fleet from SUPs and were supported by Byron Hoo and Ken Duffel in the patrol boat.

The afternoon ended, as is often the case, with an extended session of jumping in the river, followed by delicious cakes made by Claire Ferguson and Nicola Siebert-Patel, and squash or tea prepared by Nim Harris.

The club would like to thank all the volunteers who make Junior Sailing such a success and we look forward to welcoming our many other new Junior members to a session soon.

Due to the Merlin Rocket Open meeting on 19 September, there won’t be Junior Sailing this week but keep an eye out for communication about the following week.

Thank you to Jonathan Key for the photos.