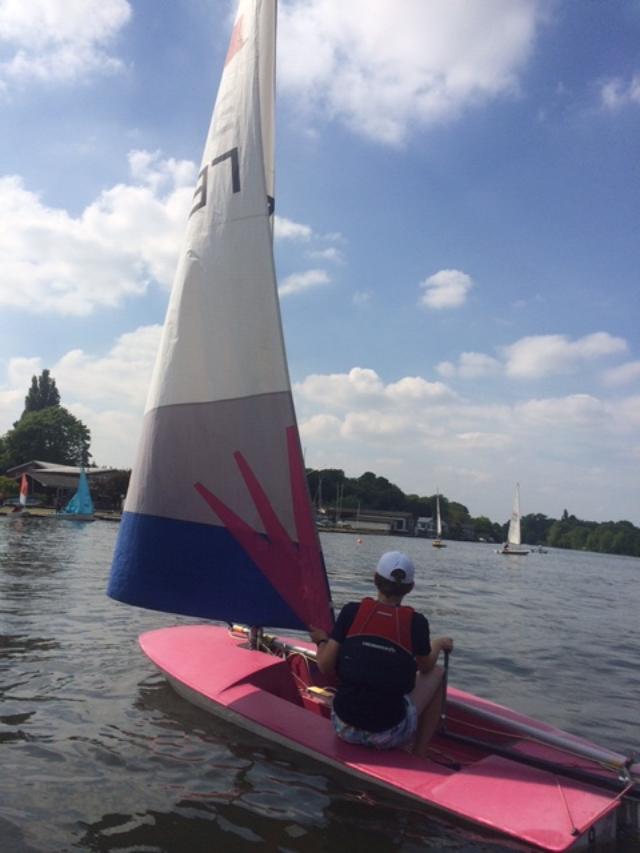 I had heard that the first scene in Shakespeare’s Tempest has an accurate description of the orders a ships captain would use trying to avoid being driven onto a lee shore in a storm so I decided to look it up.
The Only orders given are “take in the topsail” and “down with the topmost, bring her to try with the main course “ which was less than I had hoped for.
He also used the word Yare which took a bit of tracking down but means lively or swiftly.  In fact the storm was called up by Prospero’s spirit Ariel who subsequently brought the ship safely to anchor without the benefit of RYA training.
As sailors were often employed in theatres to handle the scenery pulley systems he would have had ready access to advice on dialogue.
Note it’s considered bad luck to whistle in a theatre in case it caused confusion with the bosun’s whistle.
Anyway since we can’t control the winds we need to learn how to deal with lee shores.

Subject: Watch “How to sail – Beach landing a 2 person sailboat” on YouTube

https://youtu.be/YEAcLC6qcjY
Here is how we do it in Toppers 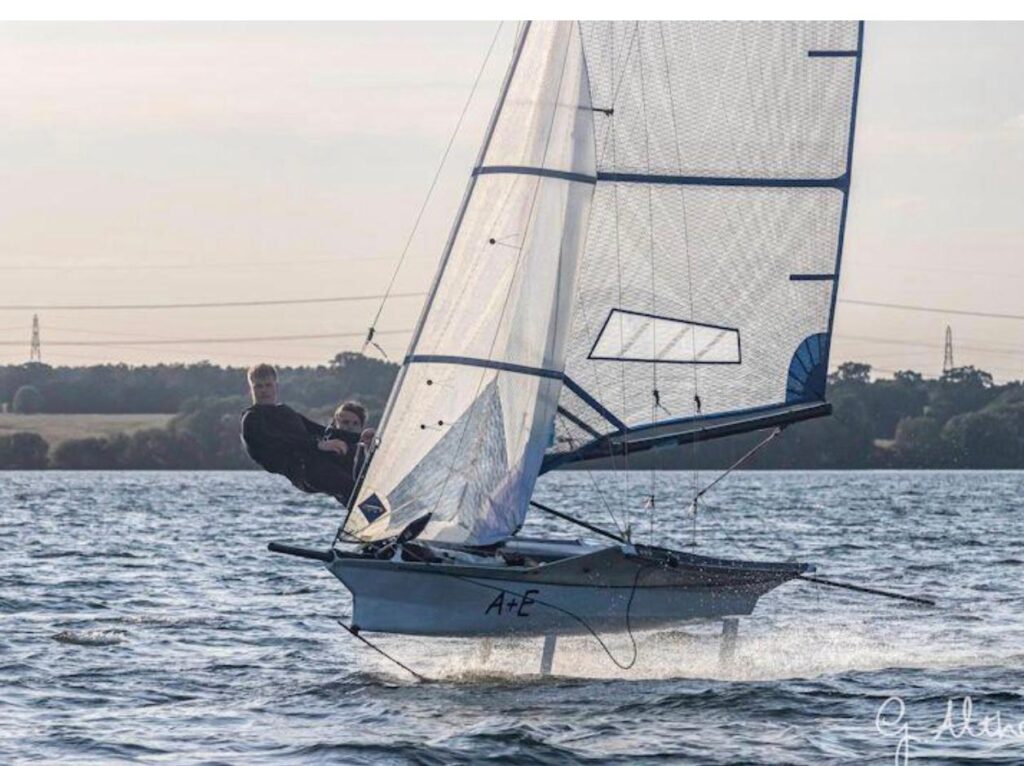 Foil sailing looks pretty hairy , might talk more about it another time
Sailors sayings
High and Dry
Incompetent Crew
Earlier I had said that although I had known Roger for years we had never sailed together but now I think about it we had sailed a few times in the very early seventies .
On one occasion we helped a mate of his take a boat from Docklands round to the East coast .
I remember struggling through the evening rush hour traffic and really enjoying the comparative peace motoring down the river , stopping for some fish and chips and only being mildly reprimanded by the river police for not displaying navigation lights .
My chain smoking in the stern wasn’t really an adequate alternative .
The boat Trio had two berths and a centre board , I had to sleep on the floor .
I don’t remember any buoyancy aids or safety lines and the toilet was probably bucket and chuck it but there was some kind of a stove on which I cooked sausage and eggs for breakfast frying the remaining sausages  , wrapping them in toilet paper and stowing them in a locker to have for lunch en route .
Unfortunately heeling over under way must have got bilge water into the dish .
You can imagine what it looked like and why we settled for bread and jam .
Yachtmasters Quiz
Answer to last week.  1.1 At night on port if you see a steady bearing green light on the port bow you should tack away .
Question for this week  1.2 When taking a 3 point fix with a hand held compass why should you take the beam reading first .
Stay safe
Eric Finlayson