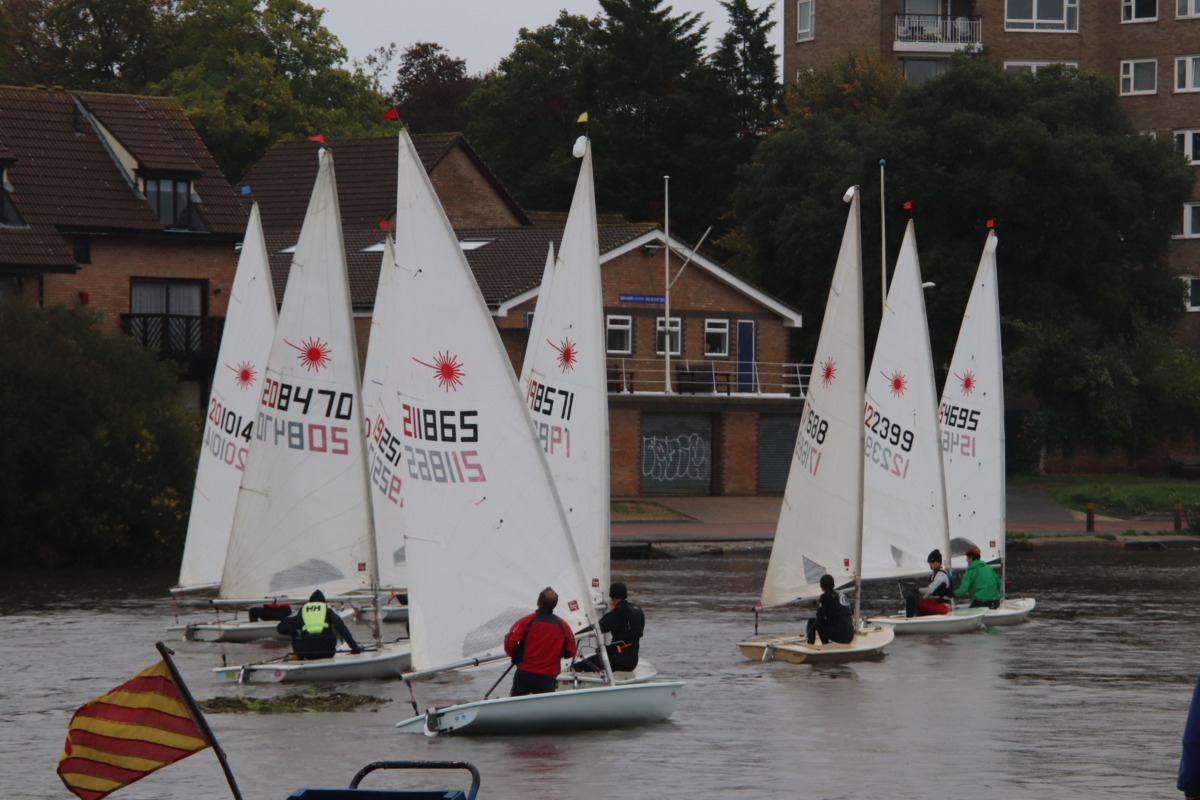 13 took to the water with Minima understandably pulling out and Lensbury abandoning passage up stream against the current after 40 minutes effort.

The OOD revised the format to account for conditions, running two races before a short lunch to keep all as warm as possible before the third race. A sausage course set to run up past Stevens Eyot was shortened when practising Lasers demonstrated the difficulty in an up stream beat.

Marcus Chavasse, Matt Peregrine-Jones and Jon Redding set the tone for the day coming in first, second and third with Matt and Marcus swapping places several times during the first race, with Matt getting the upper hand on Jon in the second and Richard Harris coming in third.

After a short lunch a lightly depleted fleet of 10 started the third race. Jon and Matt contesting the lead with Matt ultimately coming out on top with Kaan Yargici third.

Final standings meant Matt retaining the Barometer trophy, Jon Redding coming in second and Marcus third with Kaan and Neville fourth and fifth completing the trophy round up.

Despite the conditions, sailors, helpers and spectators remained upbeat and smiling to the end. Perhaps hoping for better weather next year though.

Thanks go to OOD Tim Medcalf assisted by Valerie Hamill in the box and in the patrol boat Ken Thatcher and Andrew Horwitz.