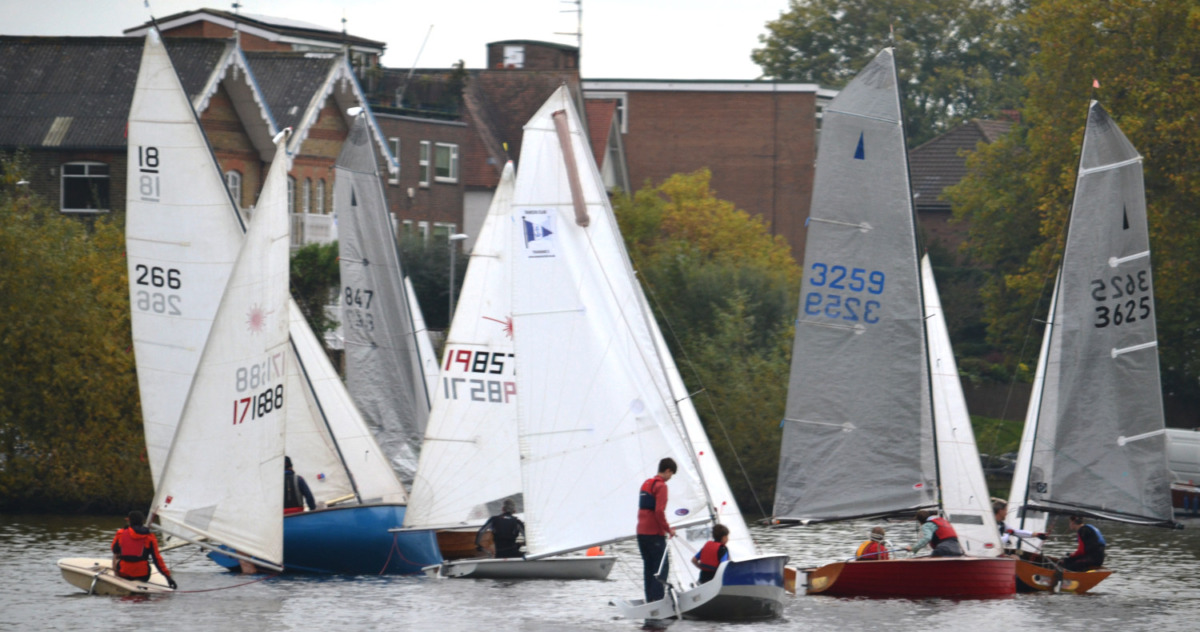 However, river racing can be strangely compelling even under the most unprepossessing circumstances and some intriguing slow motion battles played out over the course of the race. 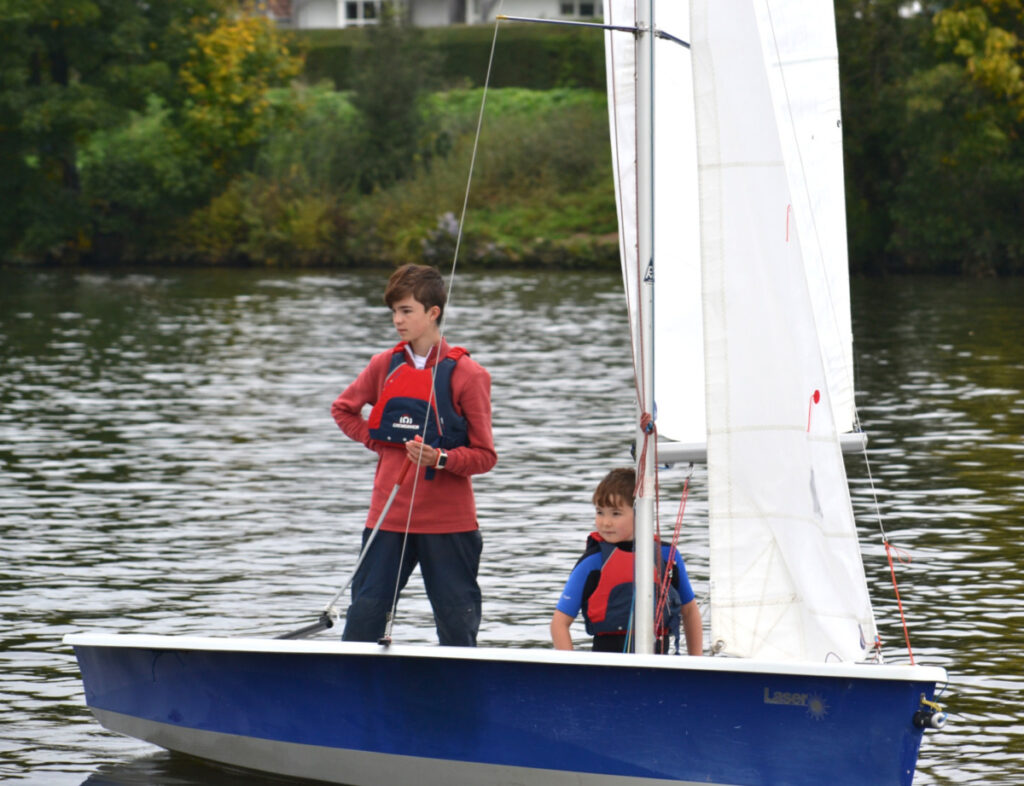 First off were Henry and Ed Medcalf in a Laser 2000 who quickly found themselves overwhelmed by the four single-handed Lasers.  The five National 18s were off next in a staggered start with the three Merlin Rockets crossing the start line somewhere in the middle. 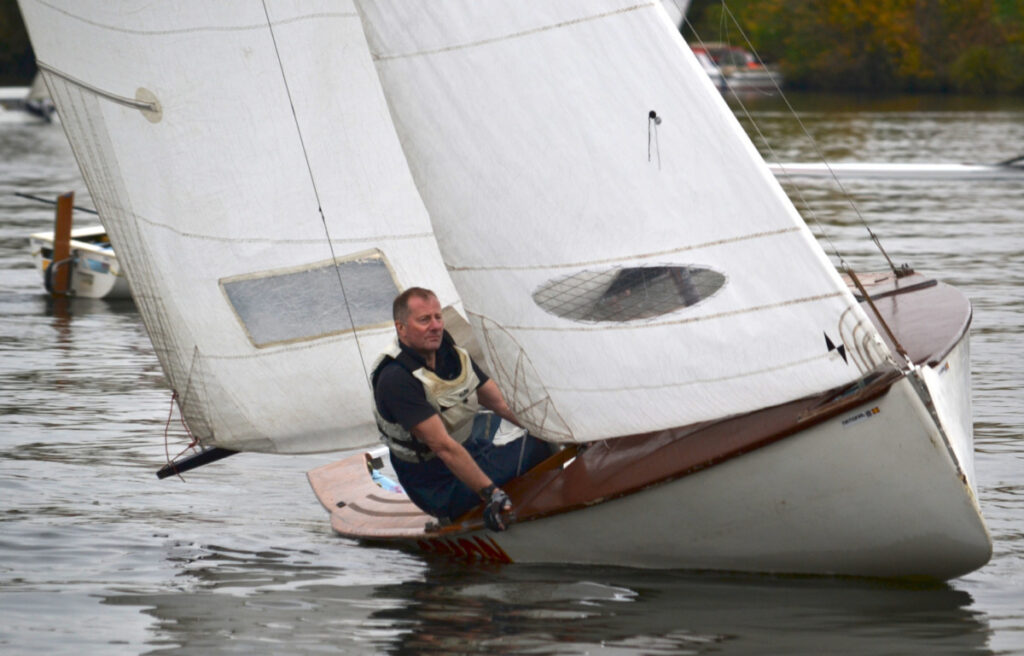 It was the Merlin Rockets that managed to conjure up the greatest forward motion and were soon at the front of affairs.  Andrew Harris and Matty Key eventually overhauling light wind specialists Peter and Richard Mason and holding on for the win.  Charlie Morgan and Humphrey Dorrell brought their new boat in for a solid third. 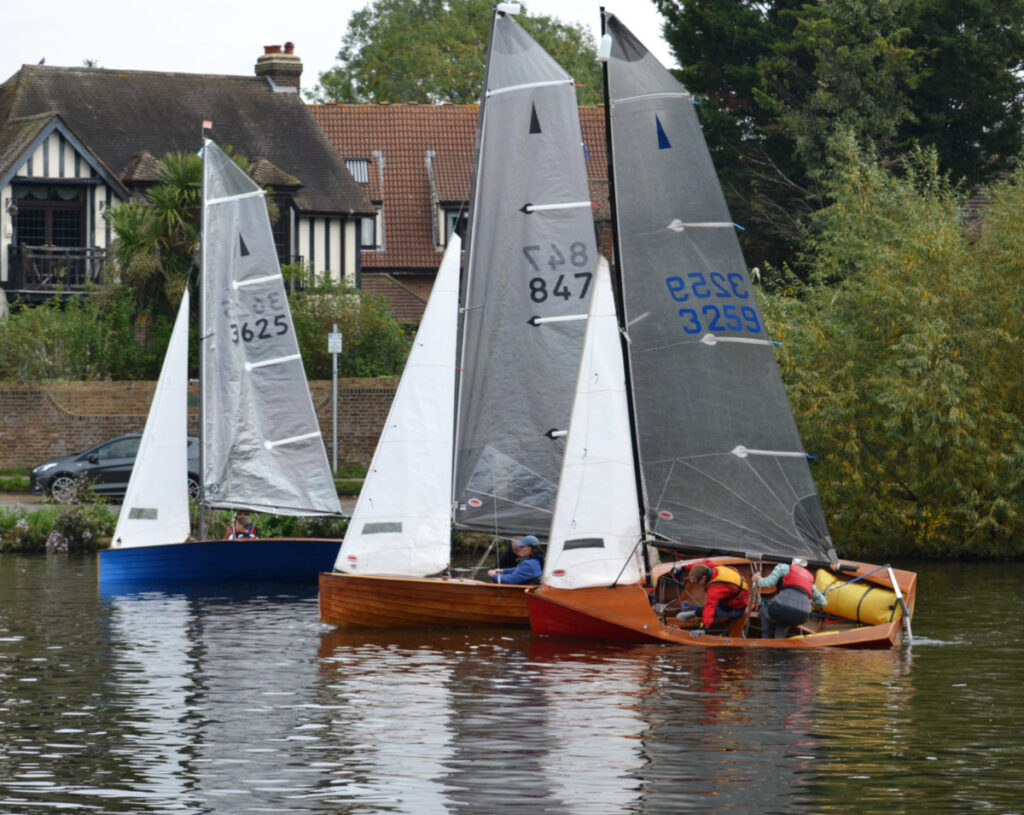 It wasn’t  a classic by any means but competitors did display a tenacity and will to win that was redolent of the trophy’s namesake.

Many thanks as ever to the volunteer team who made the event possible, Rupert Fletcher OOD in the box with Hugh McLaughlin, Paul Jamieson and Steven Lucas in the patrol boat.  Thank you to Jonathan Key for the pictures.