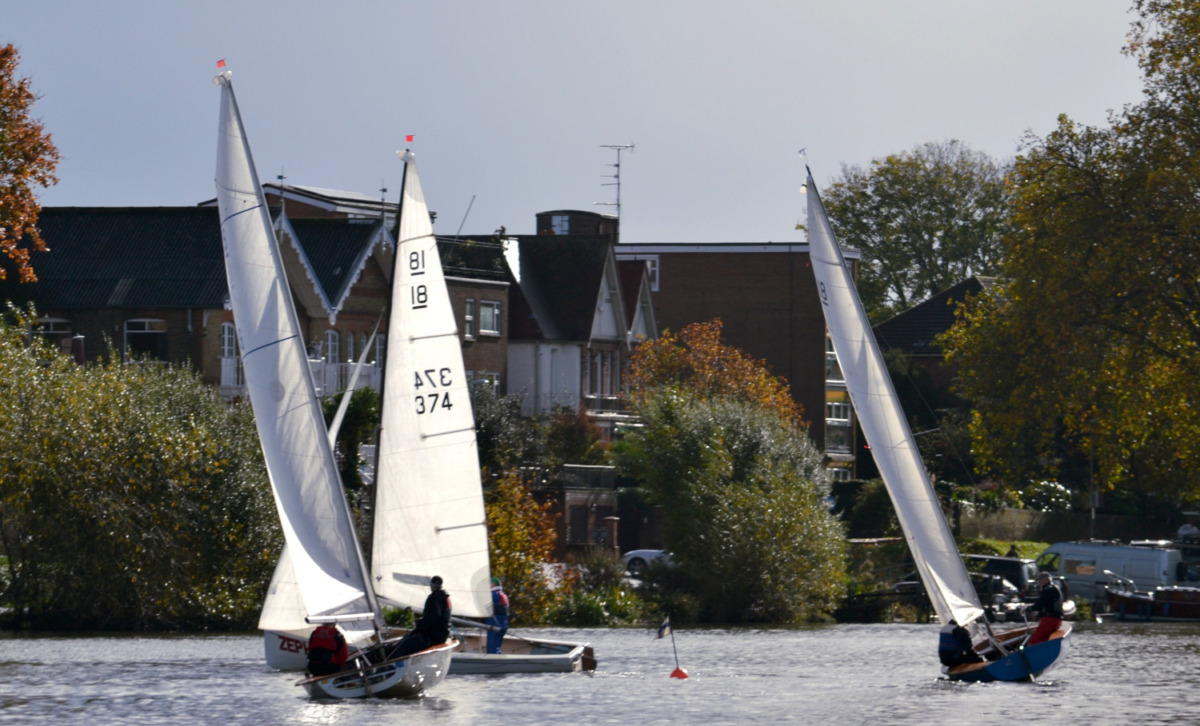 Sunday dawned grey and soggy with the river swelled by recent rains.  The increased stream, coupled with a much lighter wind than forecast was to cause problems for many competitors who inadvertently engaged reverse when they expected to be in drive. 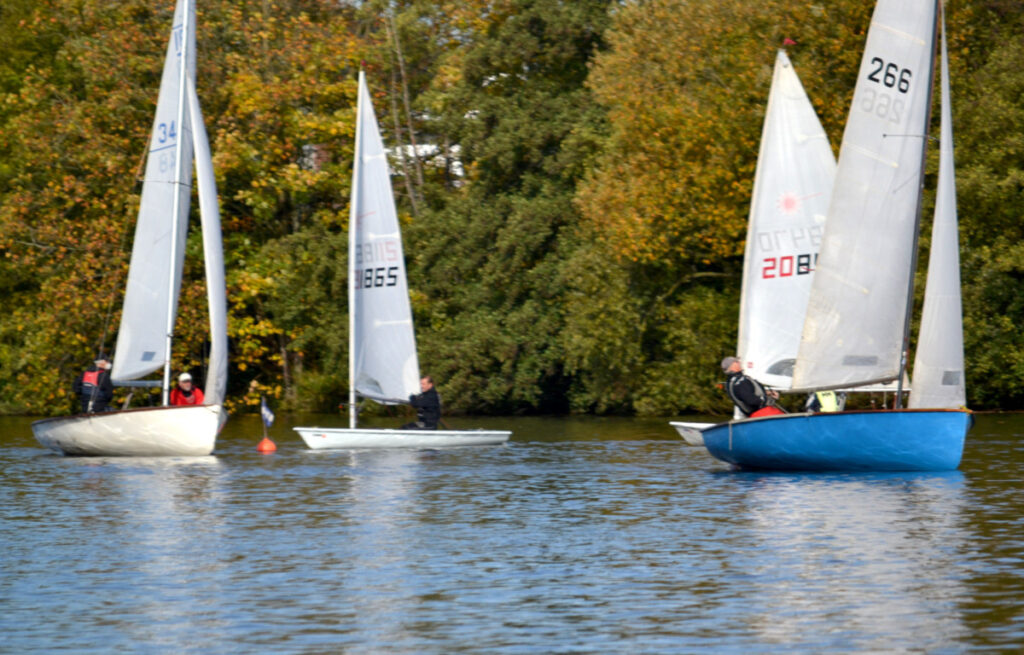 Happily, the weather improved and the river looked a picture in the welcome sunny spells which highlighted the autumnal hues developing along the banks.  There was even a few puffs of wind for later starters.

Seven Lasers were away at 10.30 and suffered probably the worst of the drifty conditions.  Two packed it in but five soldiered on to the finish. 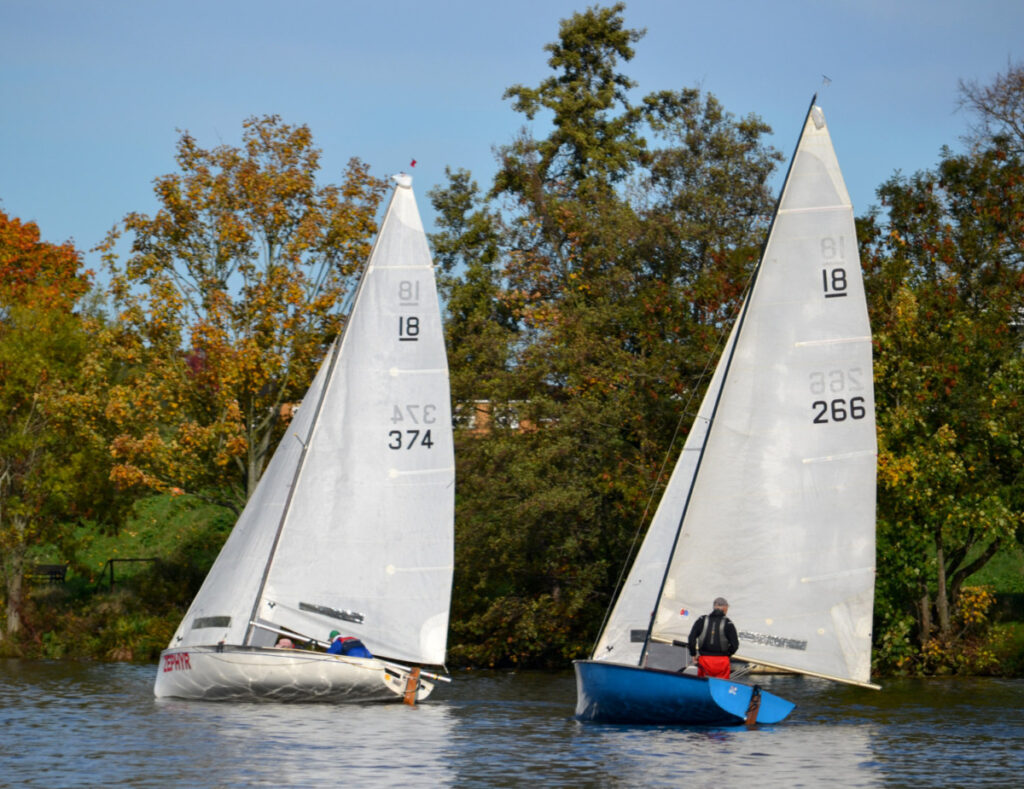 The National 18s were led round by Henry Defries who took the on-the-water honours.  Matty Valentine persevered in his Topper but retired after struggling to unravel the mysteries of the Canbury mark.

The four Merlin Rockets enjoyed varying fortunes.  Peter Johnson and Paul Jamieson deployed a stellar mid-stream start and briefly headed the pack but, rather mysteriously given the conditions, were to end up being towed home full to the brim. 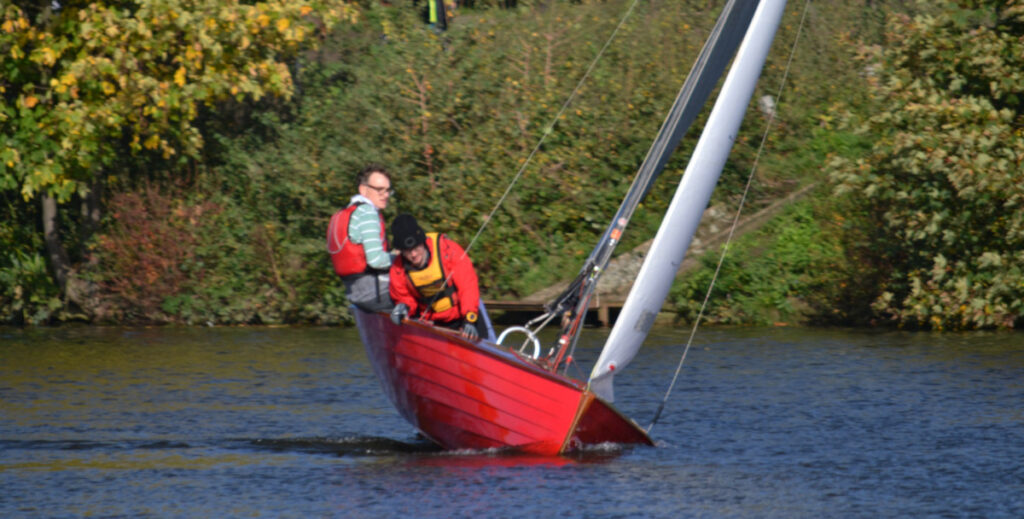 Charlie Morgan and Henry Dorrell wrestled their way round searching for their customary speed.

At the front, Andy and Richard Harris’s fraternal arby-bargy had gunwale-shredding consequences with Richard crossing the finish line in first.

Not a classic morning of racing by any means but also not without its talking points for the socially distanced shoreside onlookers.  We all look forward to the more consistent winds that are promised for the final Junior Sailing session of the season on Saturday (don’t forget to bring an entry for the Halloween themed bake-off), and the Trowlock Trophy Open handicap pursuit race on Sunday.

Thanks as ever to the Box and Patrol Boat teams, and to Jonathan Key (assisted by Ed Medcalf) for the pictures.