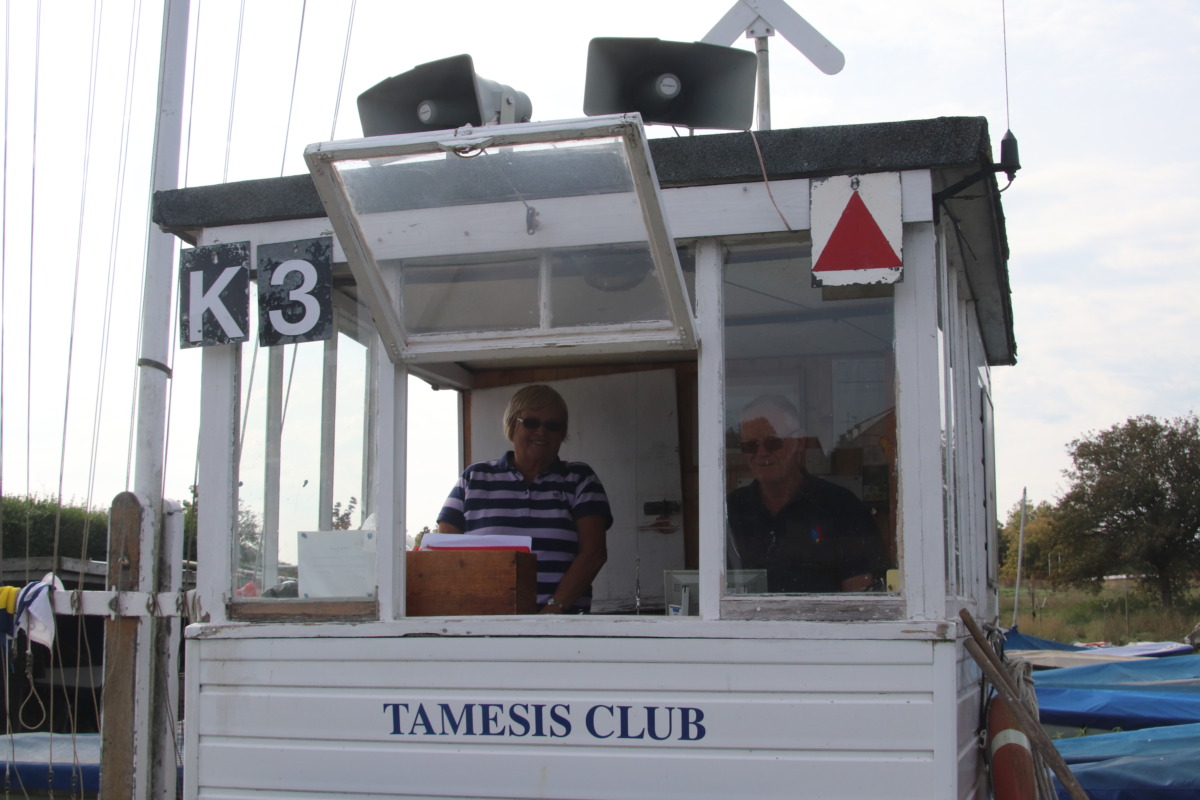 The Smithy has been an integral part of Tamesis Club since 1935.  85 is a goodly age for a person let alone a modified wooden shed.  It had started to lean towards the river and the door was becoming increasingly difficult to open and the Management committee decided that, with the assistance of our bequest from Mike Goldsmith, we would replace it.  It was decided also that the general layout and operation would be similar to that of the original.

The Smithy was last used on the 25th October. 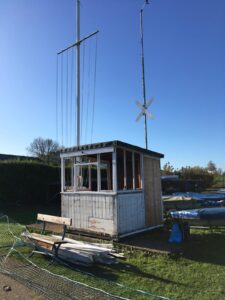 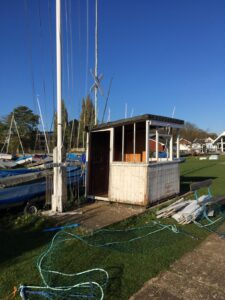 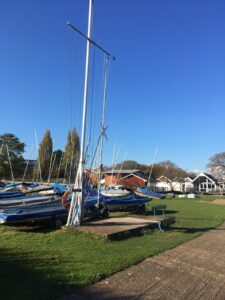 and the following Wednesday the structure was demolished leaving the bare concrete plinth to act as the base for the new structure, which is being erected by Charles Fox. 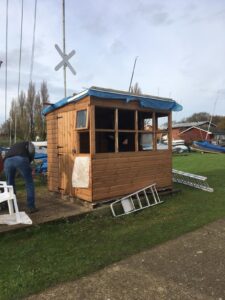 By Wednesday 11th November, Charles, assisted by Robert Blakebrough, had fixed the base to the concrete slab, erected the sides and put the roof on.  He has subsequently put in the glazing and has insulated and finished the roof.  During the week of 16th November the first fix of the electrical system and the insulation and lining out of the interior is scheduled.