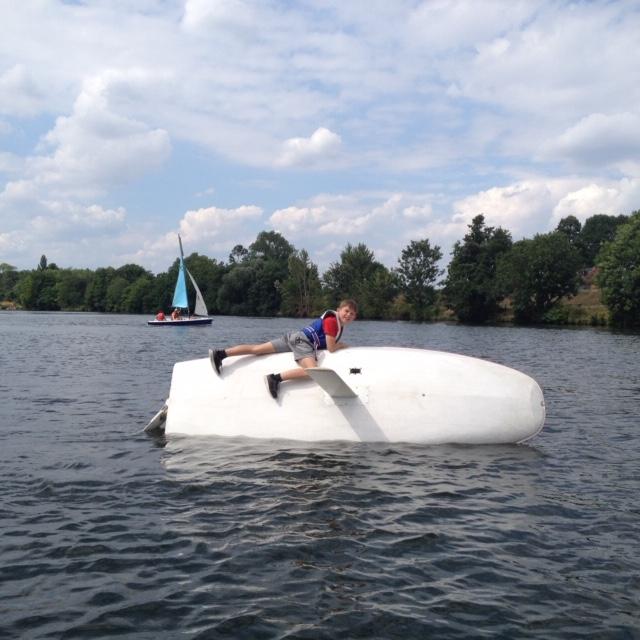 Last week we talked about life rafts, although this is a last resort it is often only the start in a fight for survival

There are countless books and films about shipwreck many of which end badly but there are as many stories of heroic survival.
One example concerns the Robertson family whose 43 foot schooner was sunk by killer whales in the Pacific in 1972.
They set out for the coast of Costa Rica 1000 miles away towing a life raft behind a 9 foot dinghy. 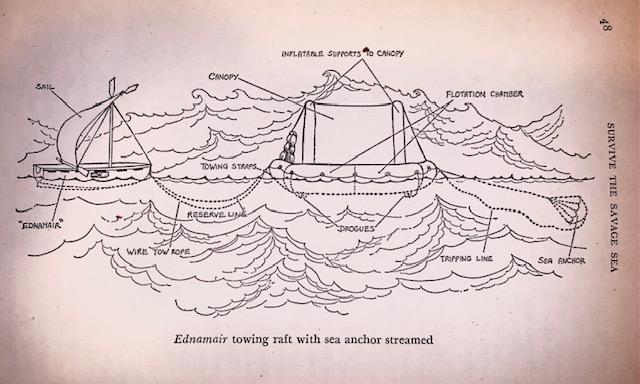 A film and book detail their determined efforts over 38 days till they were picked up about 290 miles from shore!
By contrast in 1997 Tony Bullimore’s yacht Exide Challenger competing in the Vendee Globe lost the keel and overturned 2500 km south of Australia.
Trapped in the upturned hull in appalling weather he worked hard to survive hypothermia dehydration and frostbite for 4 days before being rescued by the warship Adelaide .
Capsize recovery of the week

Technique a bit off but great smile .
Nautical recipe
Two for the price of one offer skillygalee &burgoo (souped up porridge)
2 tablespoons  of oatmeal, water, salt, butter and sugar
Boil and stir for 10 mins .
Yachtmasters Quiz
Answer 1.4 A rolling hitch can be used to take the strain of a line ( or tag onto a multiple tow line).
Question 1.5 If visibility is good , the wind North -West the barometer is rising and there are showers what weather feature has just passed.
Breakfast bacon tomatoes and toast then underway by 8am motoring against adverse wind to Den Oevre.
Nice day on the Ijeselmere with the wind SE F3 almost on the nose heading for Lemmer.
We could have sailed there with two nice tacks but Roger sticks to his autopilot and engine!
We arrived about 4pm mooring in the middle of the town (near the kibling  kiosk). 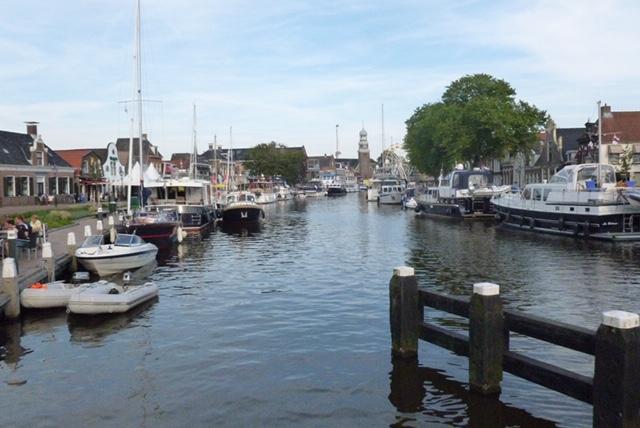