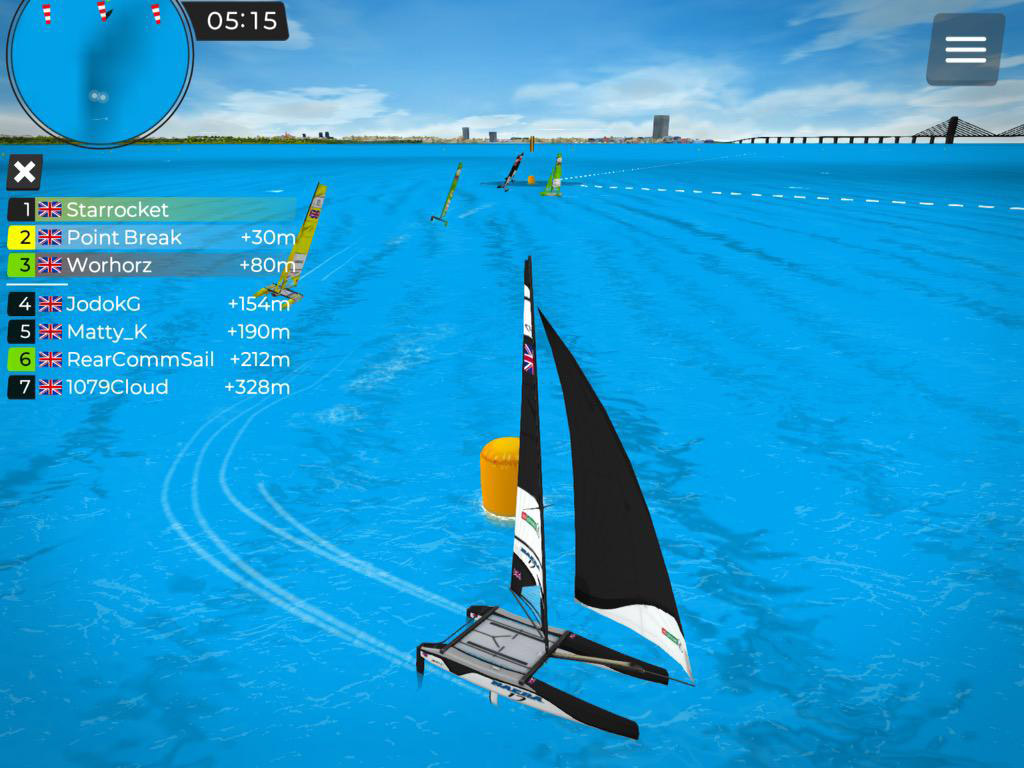 Tamesis Club selects Club Champion to compete in the RYA’s Winter Virtual Club Championship
A select but competitive group of racers convened on the simulated waters of Virtual Regatta to compete for the honour of representing Tamesis Club at the upcoming RYA Winter Virtual Club Championships.  The regional rounds of the RYA’s event will see sailors from 72 clubs compete for a place in the finals which are timed to coincide with the Virtual Dinghy Show in late February.
The Tamesis selection races followed the same format as the RYA will use in the finals namely six races, each in a different class of boat.  Race tracks were selected from around the world including, fittingly, an outing on Auckland harbour.  Happily, although there were thrills and a few spills, none of the competitors suffered the same level of catastrophe as American Magic had earlier in the day.
Wins were spread throughout the fleet and the selection outcome wasn’t clear until the results were input to the master spreadsheet.
The conclusion was that Richard Harris will represent the Club by virtue of countback besting Mike Blackledge.  Richard only dropped out of the podium places once and scored two wins to Mike’s one.
We wish Richard every success in the RYA’s event and it was great to see some fierce competition, if only in a virtual world.
Tim Medcalf