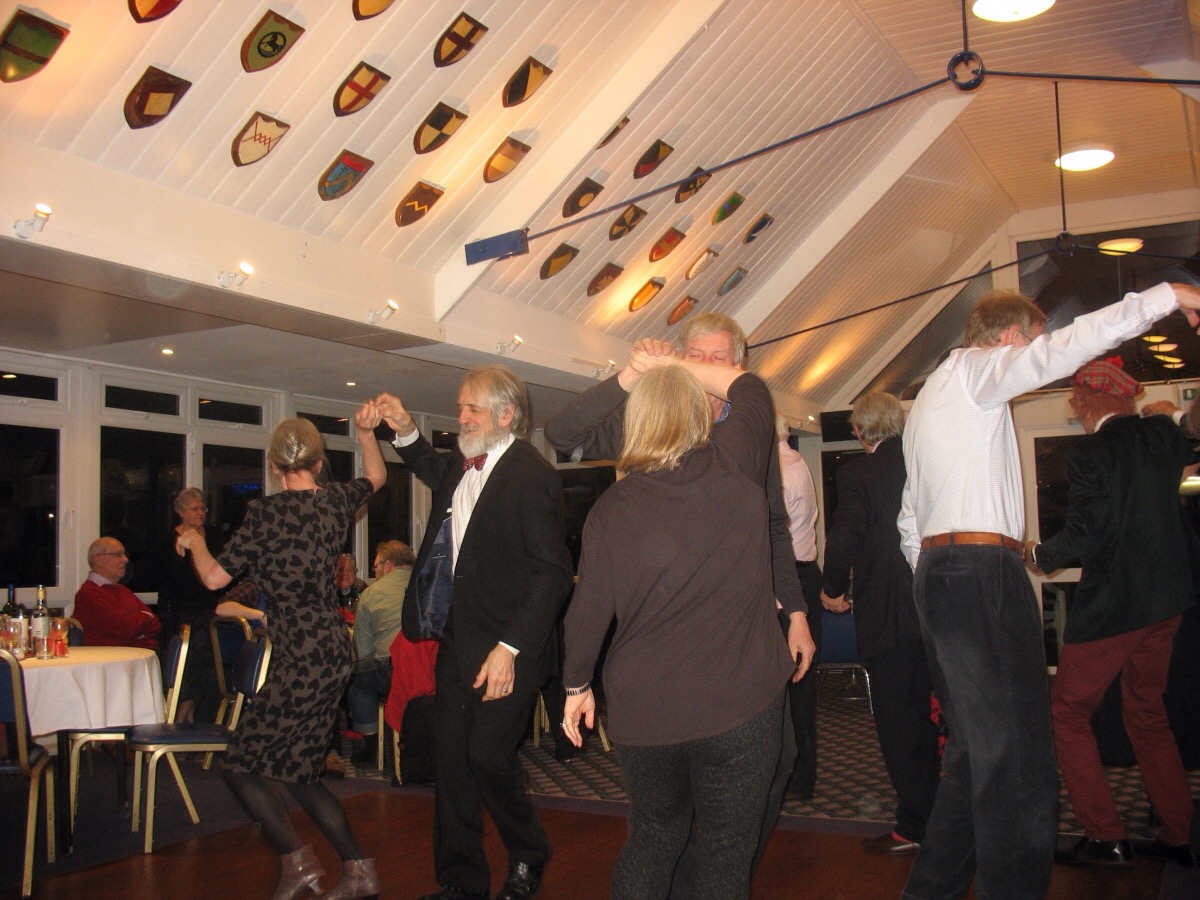 Welcome
Fair fa yer honest sauncy  face
Great chieftain of the pudding race
A boon them a ye tack yer place
Paunch tripe and tharim
Weel are ye worthy of a grace
As longs ma airm .
That’s a bit of Burns Address to the Haggis which in happier times you might have heard at a Burns supper in the club this weekend 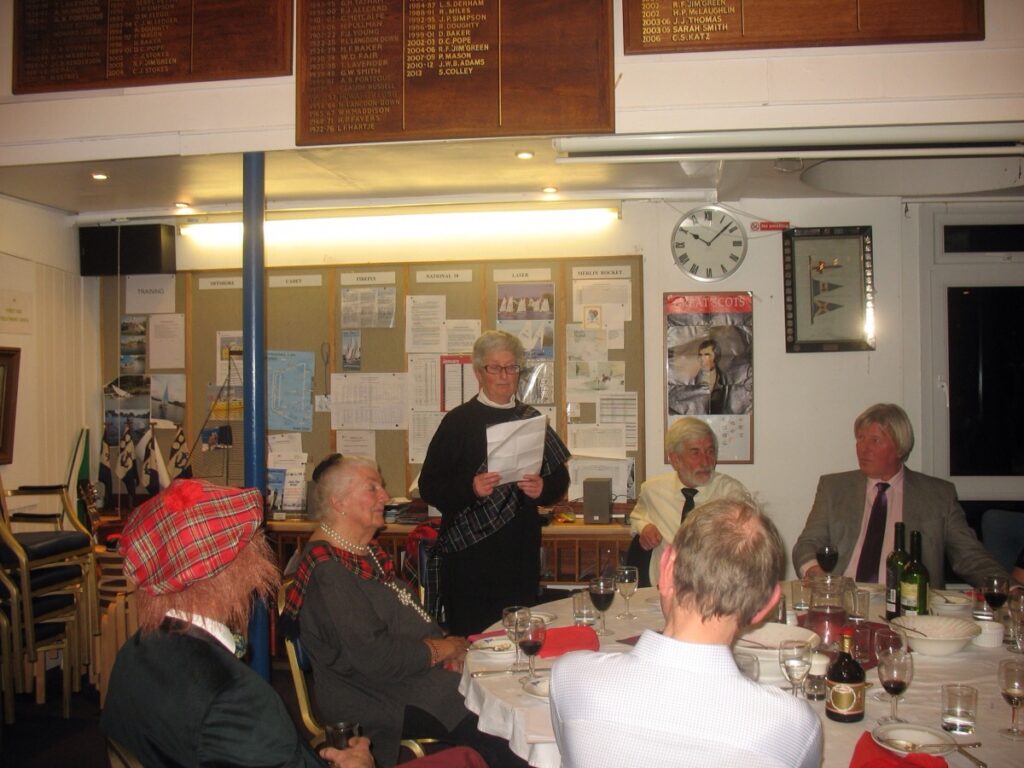 I wasn’t that keen on Burns at school but got into him when I was knocking about with the folk music lot in Belfast where I held my first supper .
The guests had brought everything from Guinness, real ale, white wine and Polish vodka leading to a spectacular hangover on the following Sunday when all the pubs were shut .  The next attempt was in Jeddah using tinned haggis served with the local hooch Sadiqui coloured with cold tea and flavoured with non alcoholic whisky essence .

For many years now I’ve been running them in London at home or for the BBC Wine and Beer Society or Ariel Sailing club .
I had one Haggis explode , one with a little face on and worst of all one served with roast potatoes and sprouts .
The typical format is
Selkirk grace
Scotch Broth
Address to the Haggis
Haggis Neeps and Tatties
Immortal Memory
Athol  Brose
Toast and reply To The Lasses
Coffee cheese and biscuits
After that we’d have music and dancing 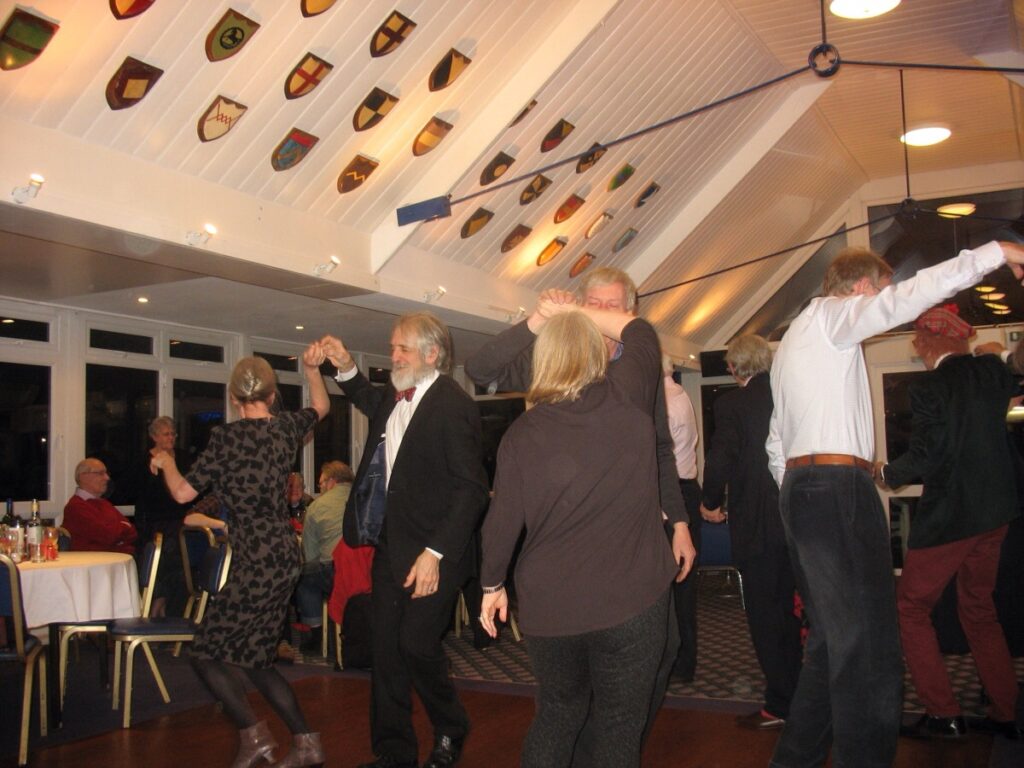 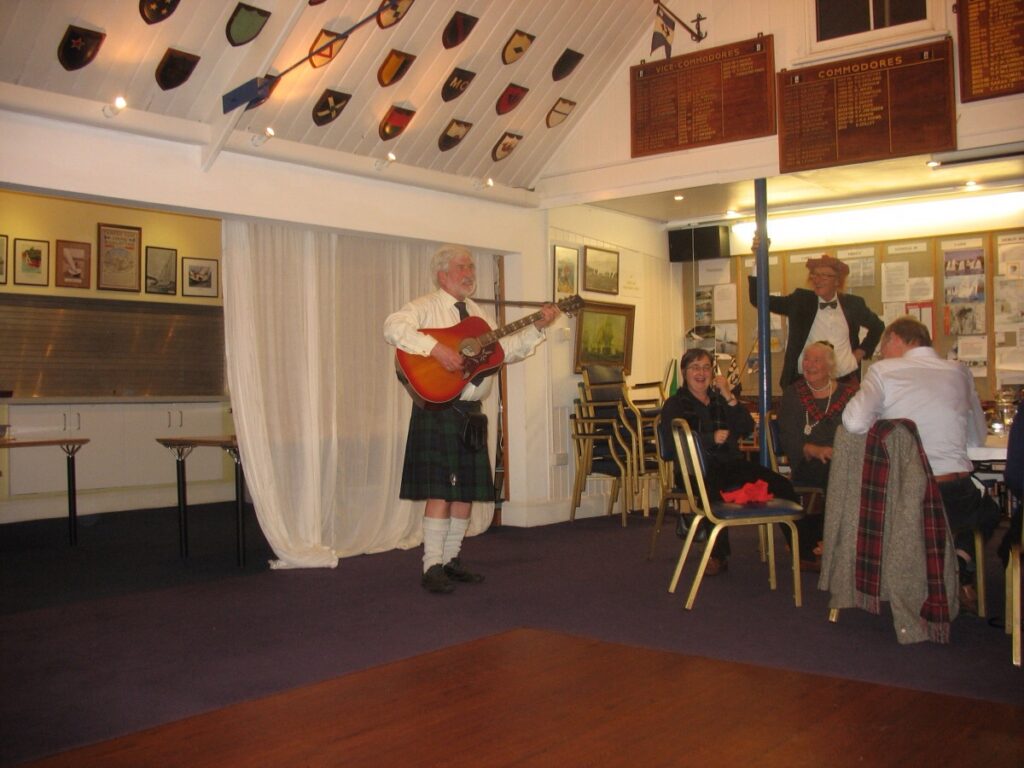 We’re all met together to sit and to eat
Whith nae oilskins on out backs nae wellies on our feet
Frae the really top helms to the back of the fleet
All they do is just talk about sailing .

Tammy is the nicest club that you could ever find
The fees are really cheep the instructors really kind
There’s booze and boats and water and sometimes even wind
Which is all that you need for the sailing .

Sailors Sayings
Burns didn’t write much about sailing but I used this example In a toast to the lasses
Their tricks and craft have put me daft
They’ve taken me in and a that
But “Clear the decks “ and here’s the Sex
I love the jades for a that !
Yachtmasters Quiz
A2.1 You should pass the buoy to starboard as it is a West Cardinal buoy with the hazard to the East .
Q 2.2 Which of these vessels give way to a sailing vessel
a not under control
b fishing
c restricted ability to manoeuvre
d pilot vessel 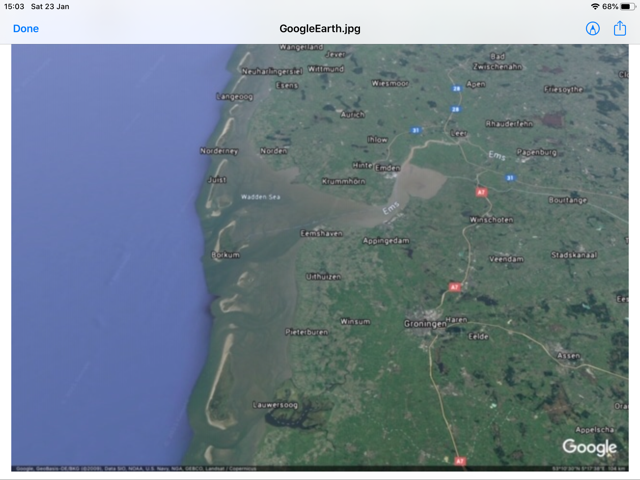 Incompetent crew
Up & breakfast at 6.30 ready to go into the lock at 8.20 (two hours before low tide )
All five boats managed to get thru on time but the big motor cruiser May Marian lost the navigable channel and ran aground .
As they had power and would only float off when the tide turned we carried on sailing past the chain of islands described in the Riddle of the Sands and arrived in Norderney at about 6Stay safe
Eric