Fourteen skippers took part in the first of four sets of races that will comprise the latest in the club’s eSailing series.  A different class of boat is sailed each week and with only 50% of races counting, there is plenty of scope for some trial and error making the event suitable for both the experienced and the newcomer alike.

To add a little fizz, the Commodore has arranged for GH Mumm to expand their sailing sponsorship program and, judging by the current state of the America’s Cup, it looks like a Tamesis Club eSailor has a better chance of tasting the good stuff than the team in Auckland.

In a homage to the racing in New Zealand, the morning’s events started in a light and shifty Waitemata harbour, moved on to an equally tricky Cagliari, and then to a windy and boisterous Cowes.  J70s were the craft of choice today but the foils will be out in one of the coming weeks.

Brian Corking and Richard Harris, followed a short way behind by Andy Harris  have established an early lead over the chasing pack.  However, with 12 races left, it is all still to play for.

The fleet welcomed back a number of sailors who had taken a break from virtual racing last year, along with the Commodore and new face, Charlie Morgan.

The full results are below: 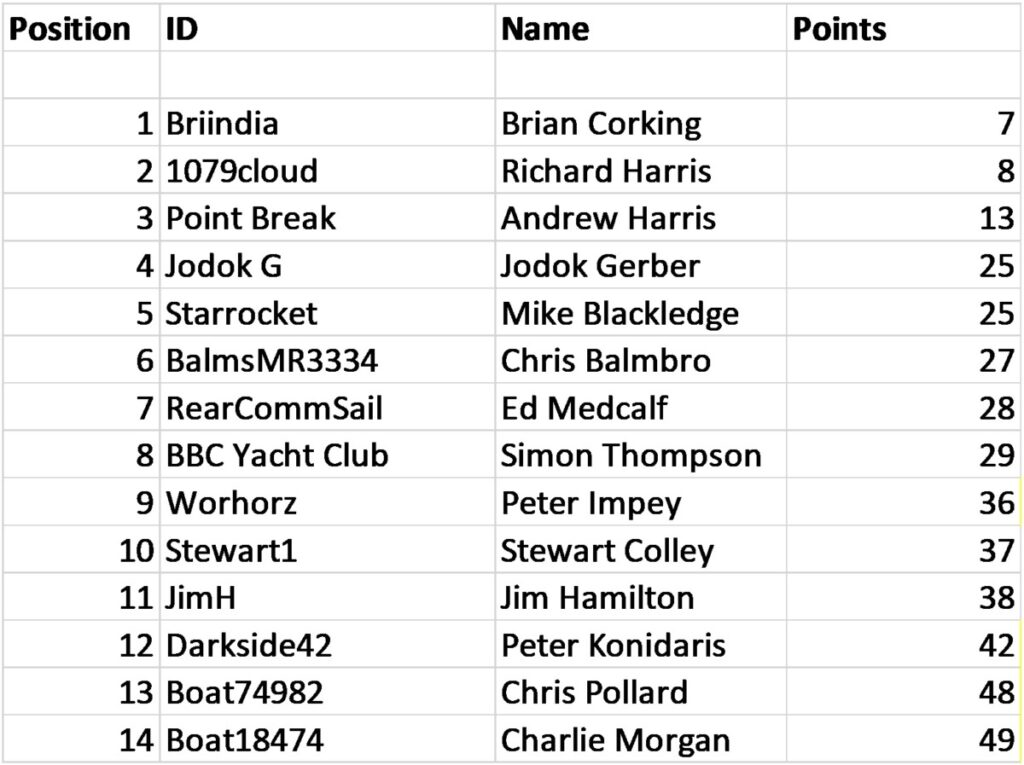