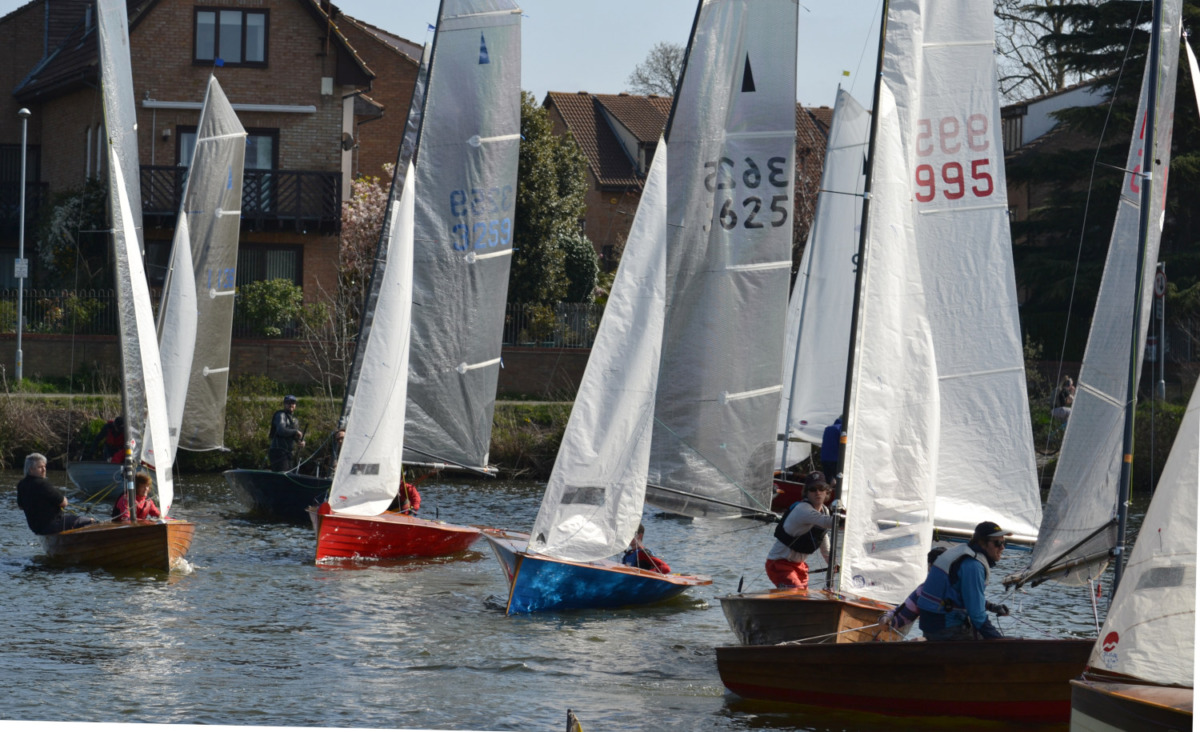 Easter Sunday was beautiful, the northerly light to start with but increased nicely by the end of the merlin race.

Sunday was a glorious day and a very good turn out, particularly by the Merlins, produced some excellent racing.  The Laser race was won convincingly by Ros Warwick-Haller with Stewart Colley second and Chris Taggart third.

The Merlins had a very tight battle at the front of the fleet of 14 boats with the lead being swapped about frequently.  Richard Harris , crewed by Emma McDonald, ultimately won with Peter and Richard Mason second and Joe McLaughlin and Sean Roberts third.  Sadly the N18s were unable to participate.

Monday was much colder, the wind stronger blowing straight up the reach.

Monday, by contrast, was very chilly and windy with the occasional desultory micro-flurry of snow!  Four Lasers turned out and Kaan, seemingly relishing the strong conditions, was a convincing winner with Jim Hamilton second and John Edmondson third.

Five Merlins took on the blustery conditions and again there was a tight battle for the lead.  Andrew Harris, crewed by Matty Key, won with Joe McLaughlin with Sean Roberts second and Richard and Maddy Harris in third place.