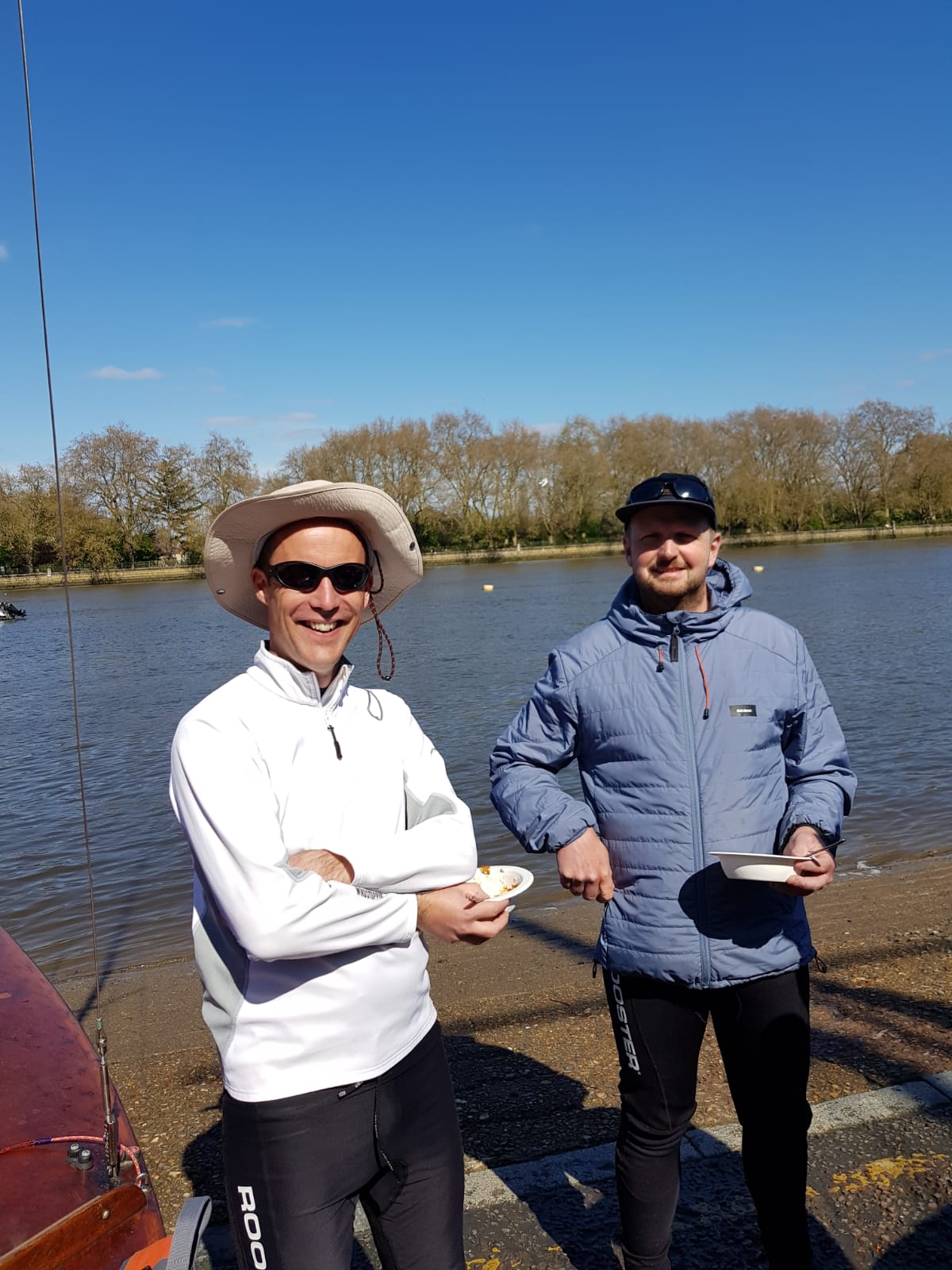 Two Tamesis Club Merlin Rockets made the short trip to the Putney Embankment to take part in the Ranelagh SC De May and Thames Series meeting.  The next event for Merlins at Ranelagh is their spectacular Downriver Race on 17 July.

The following write up was provided by Sean Roberts who was sailing with Joe Mclaughlin in ‘Sublime’:

It was a fantastic sail at Ranelagh, which blew away the cobwebs. The 12.30 start saw the fleet launch into a fast flowing tide which proved a challenge for all. Joe and I, having launched some way down the river, put in four short tacks before realising we were 50 meters downstream from where we started and heading the wrong way! The ten minute Ranelagh start sequence suddenly didn’t seem so generous and we headed back to the bank and disembarked. To the amusement of the assembled rowing clubs and half of Putney, who had seemingly come out for a walk along the river, we proceeded to run thigh deep against the tide pulling Sublime to the start. Launching thirty seconds before the required four minute gun, we were certainly suitably warmed up by the time we re-launched!

The remainder of the start sequence was less eventful and everyone got away with a clean start. Heading towards Fulham the fleet took off in strong breeze, albeit one that was blowing from most points of the compass and gusting twenty-two knots. An active sail ensued with crews bouncing around likes cats on a hot tin roof and helms puzzling over tactics and working hard to position the boats. With unpredictable conditions, spinnakers required optimism and faith, although we were rewarded by a couple of exciting close reaches. Joe’s GPS watch claims that our boat speed was over nine knots at one point, although the majority of this may have been the tide (the rumour that this was achieved when Sublime was back on the trailer was dismissed after carefully checking the time).  In contrast, we also had a couple of dead patches with the fleet working hard to stem the tide and going nowhere fast.

John and Livvy Bell took line honours with a comfortable lead but the following three boats came in close together with Duncan and Harriet Salmon coming second . There was a strong turnout with more than twenty boats starting and sixteen finishers, which included ‘Kate’, the first Merlin. The Tammy boats put in a strong show, with Ollie and Peter sailing Luka coming in seventh and Joe and I in Sublime finishing third. With the boats packed away we were treated to  Ranelagh’s famous hospitality, with a well organised bar operating from the boat shed and their legendary chilli, followed by chocolate brownies served to hungry sailors. 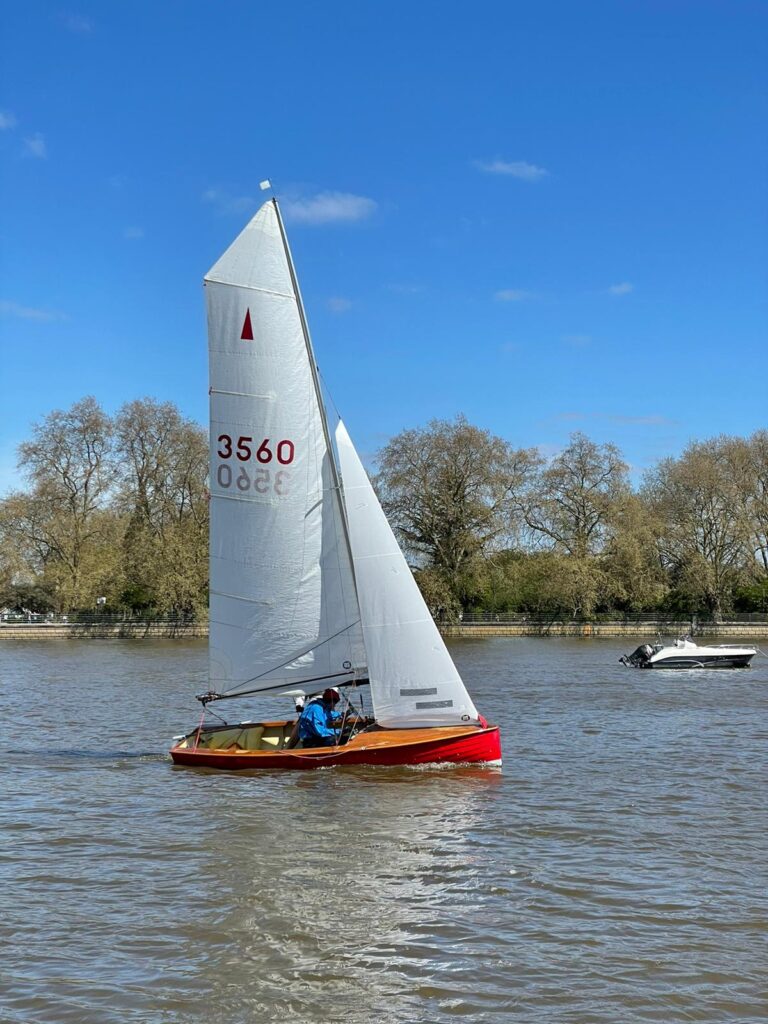