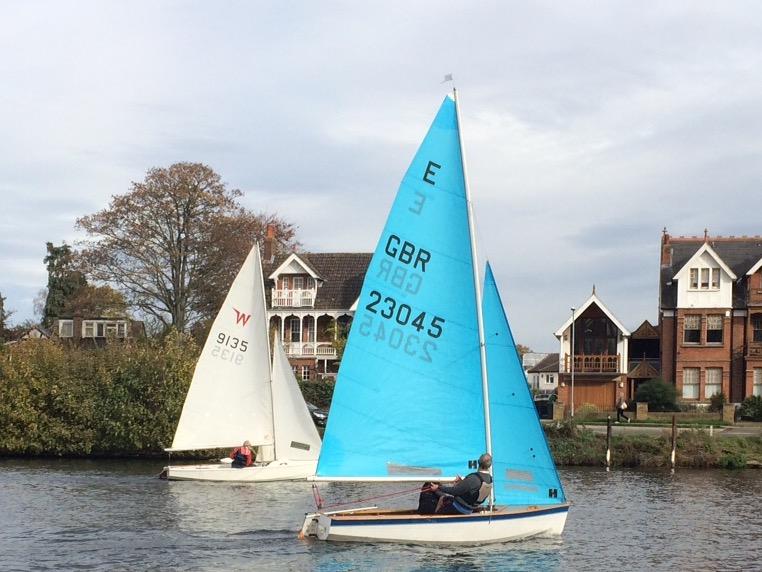 Welcome to Lesson 14
We recently held a zoom meeting to discuss how/when to restart training.
We’ve long held to the belief that training has to be safe, effective and fun, so although it might be possible to start earlier with reduced numbers, tight social distancing etc, it would be better to delay starting till the end of June, when we can more or less operate as usual.  Details are still being worked out, but we will probably start with about a dozen students doing a Level/Stage 1 Course which will take about four sessions from about 11 till 4 on Sundays.  All students must be club members and youngsters must be accompanied by an adult, who may be either a sailing or social member, and will need to be present during training (and will be encouraged to help rig etc). 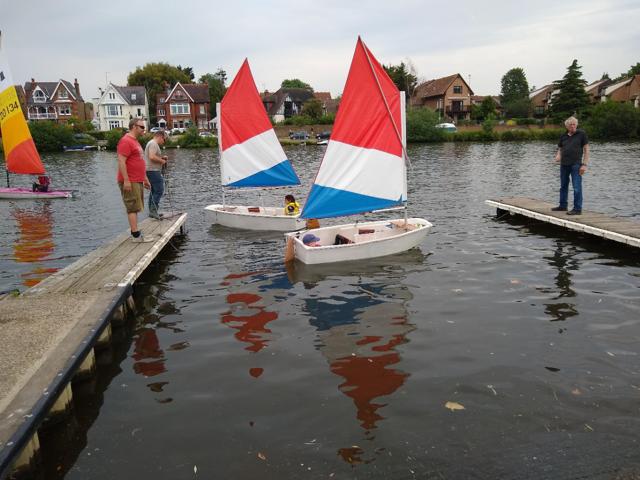 We will give further details as things clarify.
One of the first big race meetings I took part in was a six hour relay race at Littleton SC.
Sailing an Enterprise, I was outmanoeuvered at the start by an embryonic Ben Ainslie in an Oppie and told to do a 720 degree penalty turn after the start gun.
After two general recalls, three starts and 2160 degrees rotation, I was almost too dizzy to start at all.
The first general recall would probably have cancelled my penalty.
My advice for beginners is to stay out of trouble at the start, and concentrate on boat speed.
Once you get better you can get into the competitive stuff as shown on this video.
This video uses models, but has some good stuff.
Subject 5 – Starting Strategies Episode 3 – The Dinghy Start – use the link below
https://youtu.be/EexmOSXx6xo

‘To Finish First – First you have to Finish’, so capsizing is not a winning strategy.  We’ll talk about that next week.
Sailors’ Sayings
I learned the origin of Bogey Men in a recent news article about a boat full of performance artists stuck on the Pacific due to Covid.
Apparently one of the cast is descended from a tribe of Indonesian pirates called Bugis.
Hence Bogeymen
New one – Hand over Fist
Fun with boats
How to Make a Paper Boat – You Tube –
Here is the the link
https://youtu.be/1wu5oKy4m5s
Incompetent Crew
Wandering around near the Yacht Club, I cam across a really nice little pub, which, being near a ferry terminal called itself “The Last Pub before New York”.  Talking to some of the locals I learned that the Emigration Centre Museum is well worth a visit.  Between 1830 and 1974 more than 7.2 million people emigrated from Bremerhaven to the New World.
The Museum includes realisiations of living conditions in different eras, and an experience of the Ellis Island points based immigration system. 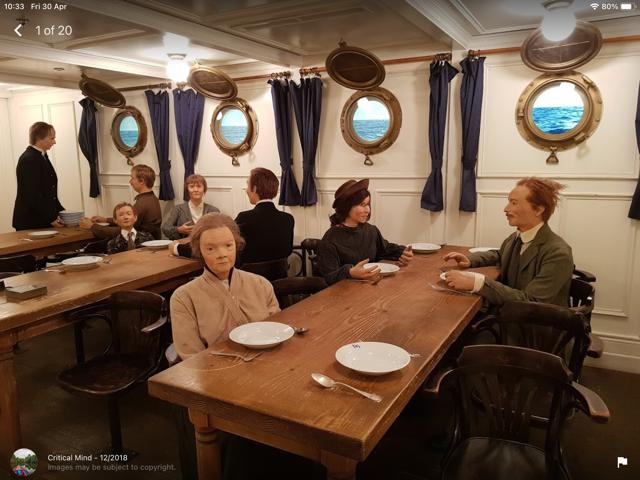 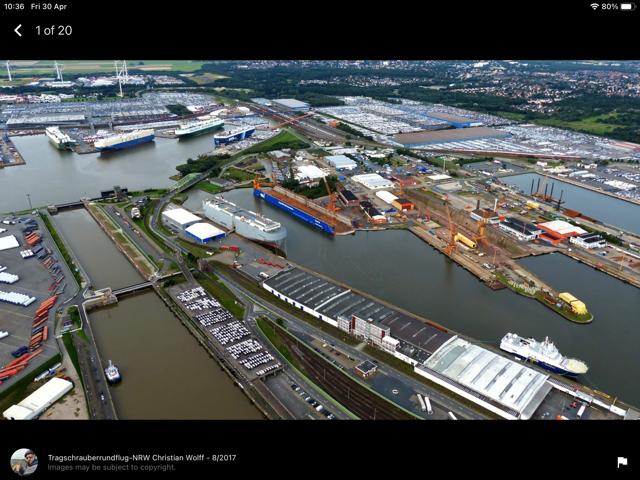 Yachtmaster Quiz
Answer 3.5  A Lateen sail has three sides
Question 3.6.  What is the name given to a line from the boom to a point forward to prevent an accidental gybe?
Stay Safe
Eric Finlayson