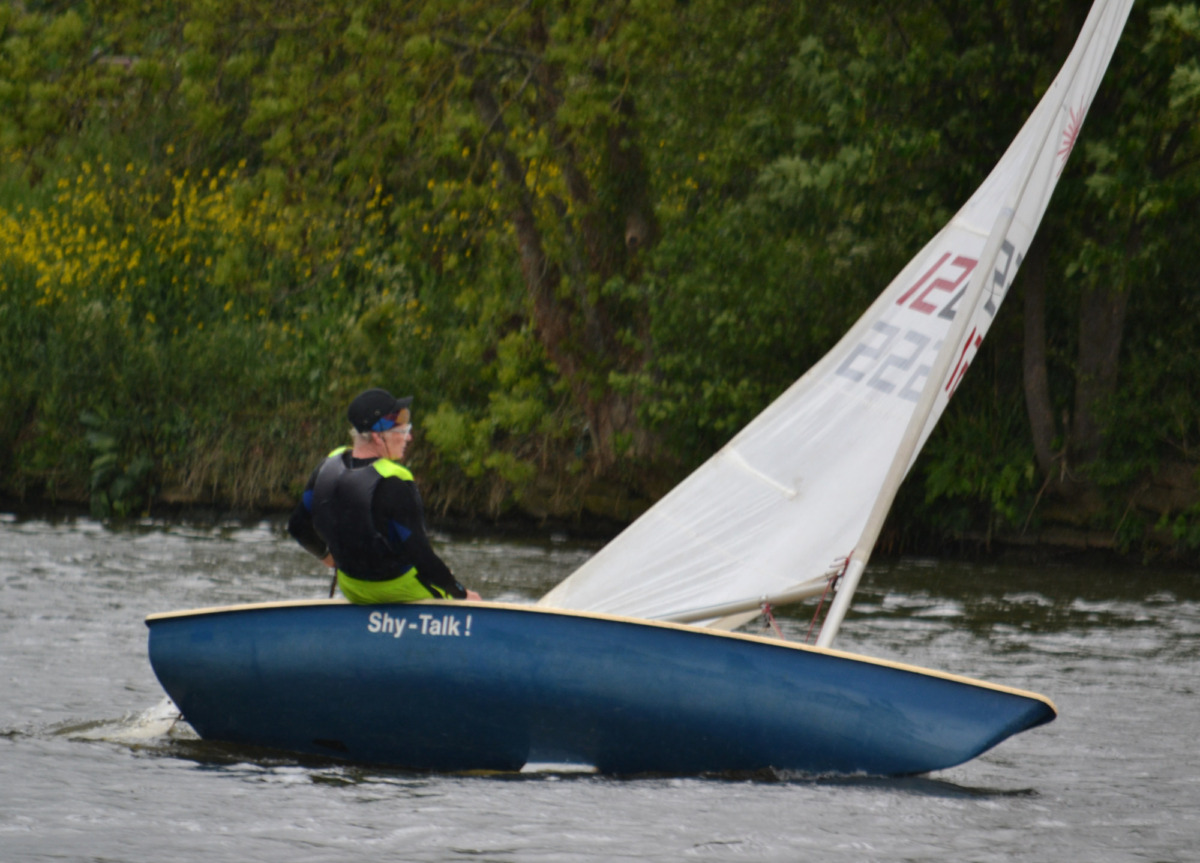 The forecast didn’t disappoint in that it was disappointing for anyone hoping to race in conditions that looked vaguely like the start of summer.  The wind pivoting between southwest and south resulted in a course that was set to take the fleet on a foray ‘above the island’ to have a look at Canbury Gardens.

Six Lasers were given a schooling by the ‘master’ Jon Redding who came home a clear winner seemingly entirely untroubled by the conditions.  Behind him there were varying degrees of challenge.  Congratulations to Bendan Hills for getting round in his new boat and showing signs of being a contender in the fleet, also to Alexey Anatskiy for having the resilience to make it to the finish.

The Merlin Fleet was slightly depleted but eight plucky crews braced themselves for the voyage upstream, and back down again, three times.  After some early close running with Joe Mclaughlin and Sean Roberts, Andy Harris and Matty Key proved to be the class of the field and were the clear winners by a very comfortable margin.  David Baker and Jim Green were in next followed at a distance by the survivors of an intriguing mid/rear-field battle which saw places swapped with regularity, every boat having its moment in the sunny (rainy/windy) uplands of success matched by a sharp dose of river racing reality.  Special mention to Peter Impey, crewed by late stand-in the ever-enthusiastic Sophie Harrison, who featured in the mix early on and persevered to finish – surely more to come here?

While some sailors felt that they had had to laugh in the face of some extreme conditions on the water, they were as nothing compared to the extreme BBQing challenges that the redoubtable Team Horwitz endured to produce their high quality gourmet burgers.  These tasty treats were welcomed by all who bought one and it is hoped that they will make a return, accompanied by lashings of sunshine, in the near future.

Along with Team Horwitz, the club would also like to thank the Commodore, Peter Bide, Garrie Mallen, and Florian Kreuger for running the patrol boats, Beatrice Russ for keeping the race box ticking along with German efficiency, and Nicky Johnson and team for bringing beverages to the masses despite the rain and wind coming through the doors!

The latest forecast for Thursday evening and next weekend suggests a band of more clement weather is on the way and we look forward to seeing some good fleets on those days and, maybe just maybe, the start of a beautiful summer!

Below is a selection of shots from the racing, thank you to Jonathan Key. 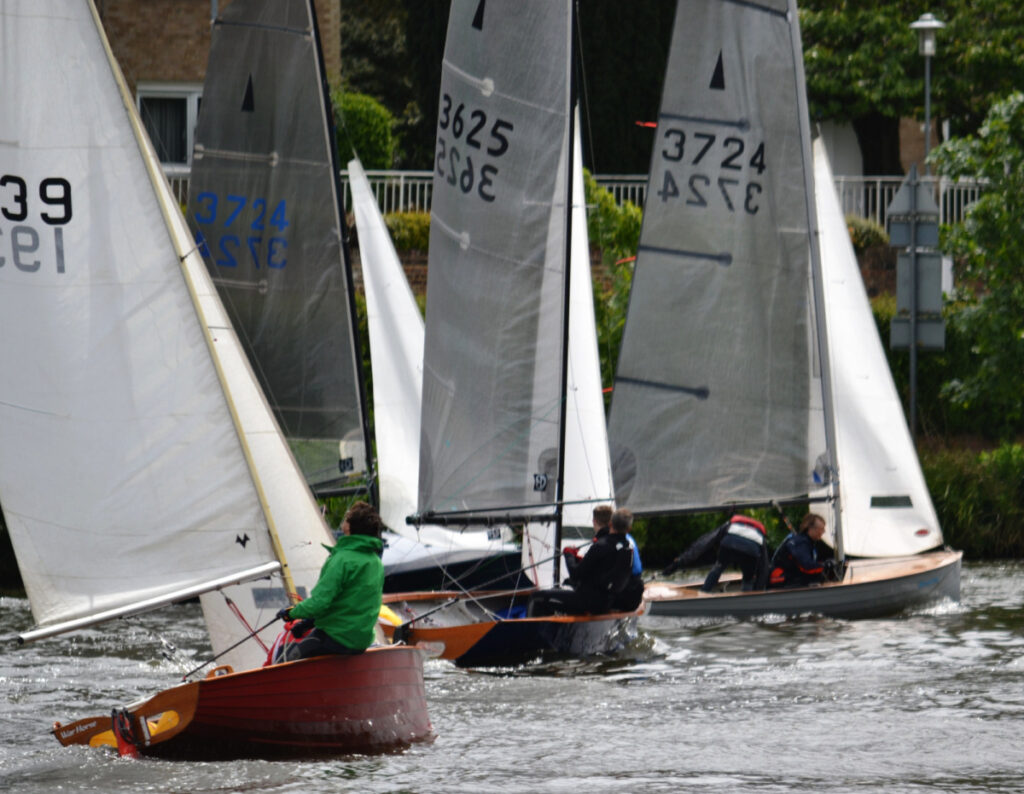 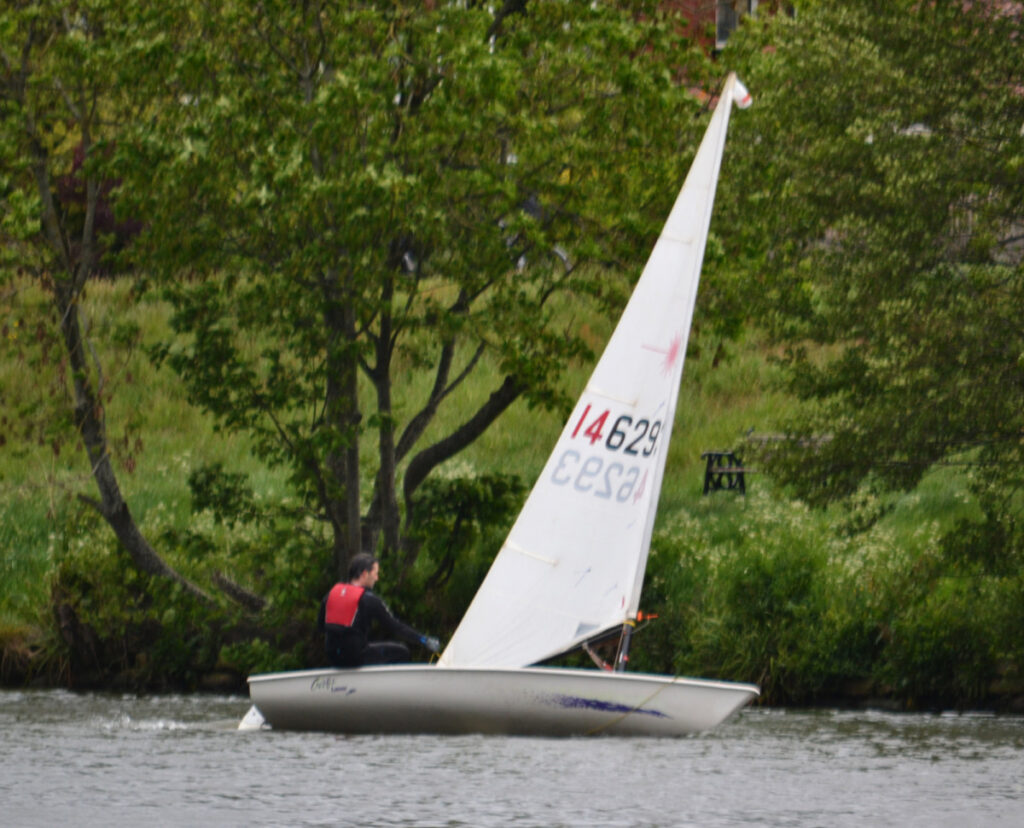 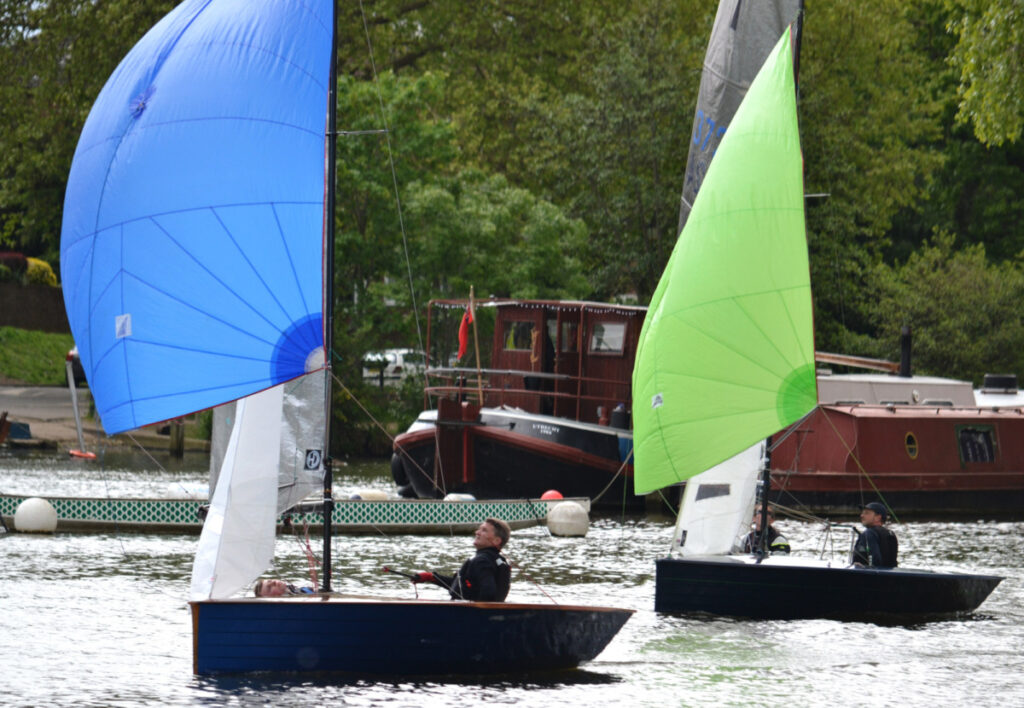 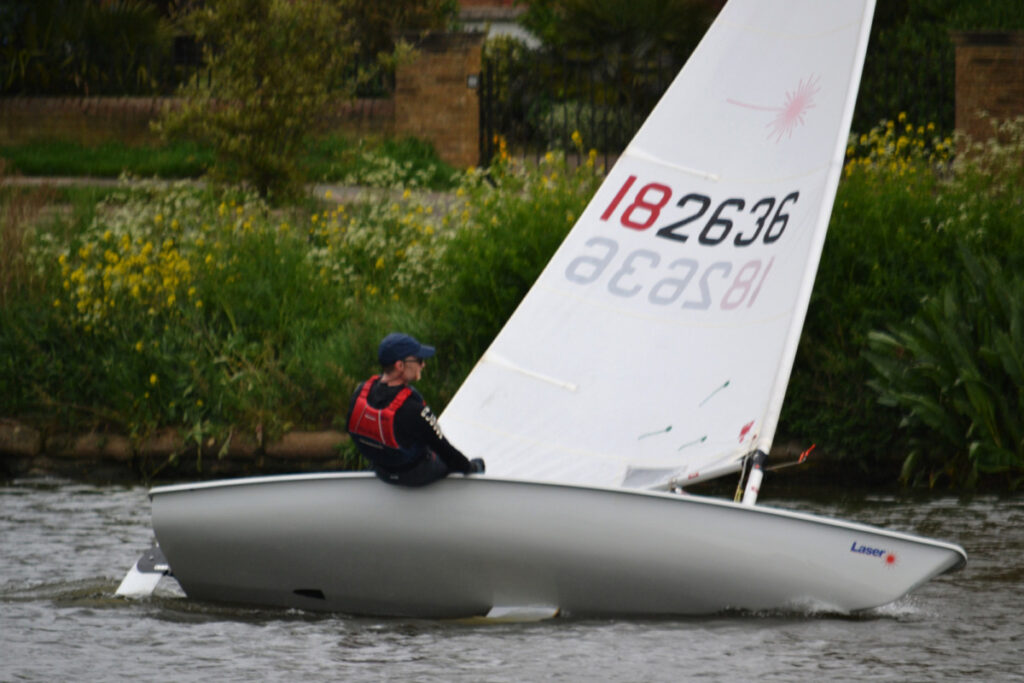 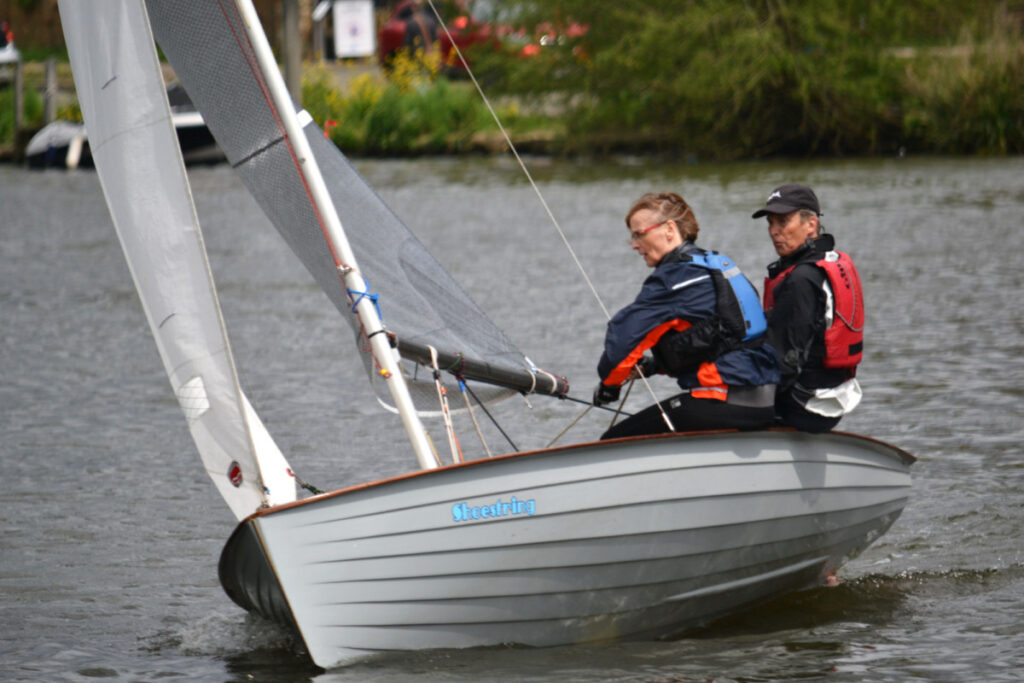 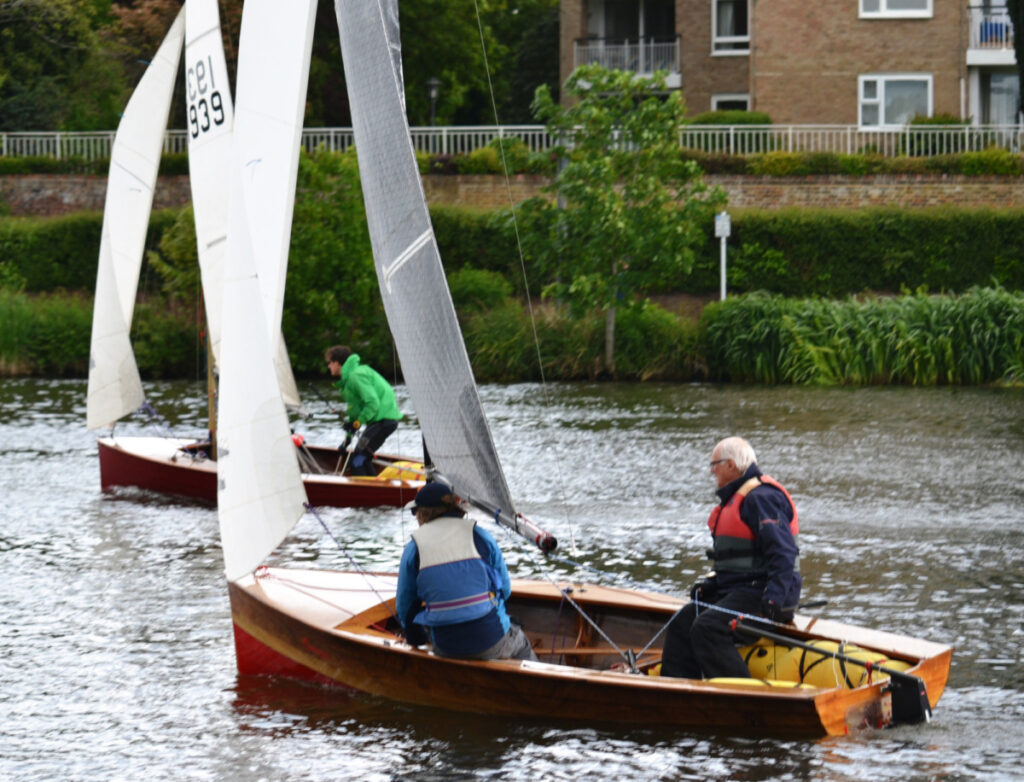