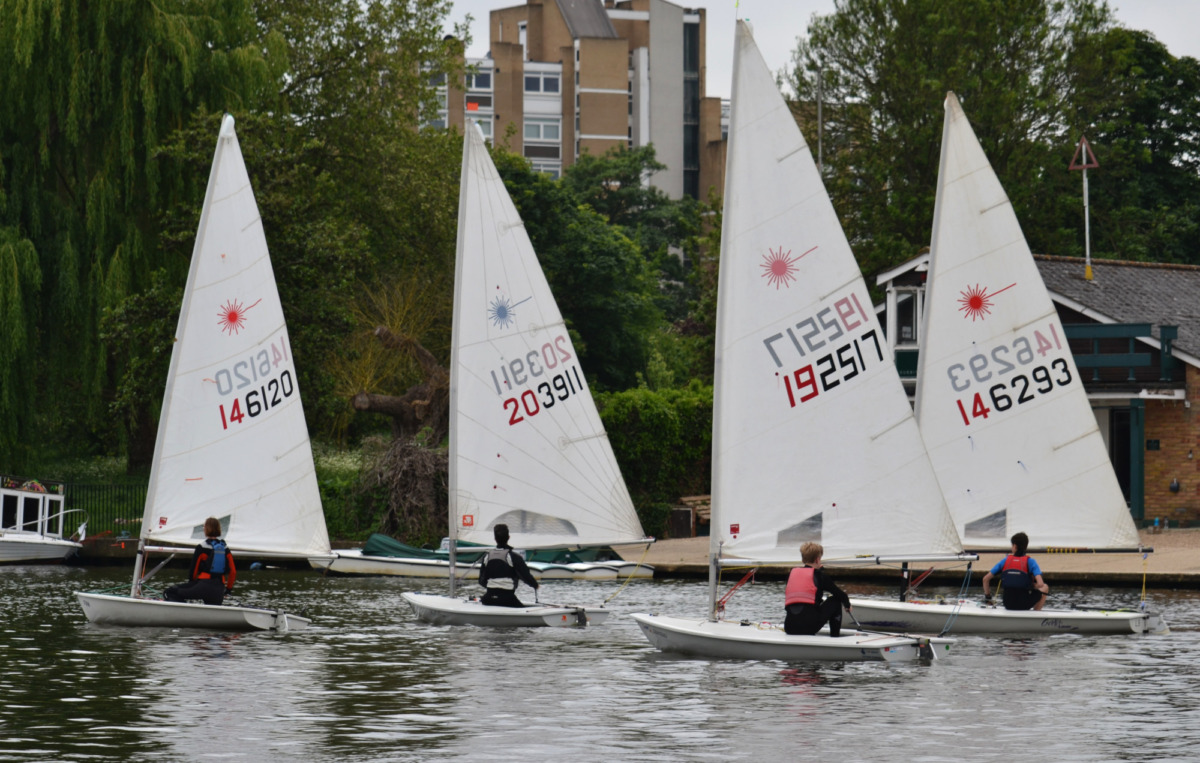 A chilly start to the day had many who were attired for warm climes wondering whether the sunshine promised by your correspondent in last week’s race report would actually eventuate.

OOD Berry Ritchie, supported by Sue Harris, set a dogleg course that included a tricky leeward mark made all the more testing by the finicky, mostly easterly breeze.

The Laser fleet again featured a number of newcomers taking advantage of the club boats and there was a satisfying mass start.  Ros Warwick-Haller, who is establishing herself as the helm to beat in light airs, again surged away from the line to take a lead that was never challenged.

Behind Ros, there was some argy-bargy as the boats navigated the windward mark with new boy Henry Medcalf needing to visit the headmaster’s study to do penalty turns.  Undaunted, Henry worked his way back to second place and was looking good for a strong maiden result only to be bested by Kaan Yargici at the last mark.

Three N18s graced the start line for the 11am departure.

Nine Merlin Rockets wheeled and twirled before the start signal sounded, all seeking the ideal spot that balanced a favourable wind and minimal stream.  Once the gun had sounded, the Harris brothers occupied the first two places while behind them three Jack Holt designs had an entertaining race with frequent changes of the order.

Richard and Maddie Harris won (also sailing a Jack Holt boat), Andrew Harris  and Matty Key came second, and the Chimp-owning cheeky monkeys who are David Baker and Jim Green were the best of the rest.

The club was bathed in some glorious sunshine as the last of the boats were being packed away and the Veranda Bar did a swift trade, dispensing an array of refreshing libations.

A catch-up prize giving was organised to recognise the winners of the 2019/20 winter series racing which was slightly curtailed by the pandemic.  However, enough races had been run for placings to be determined and the following awards were made: 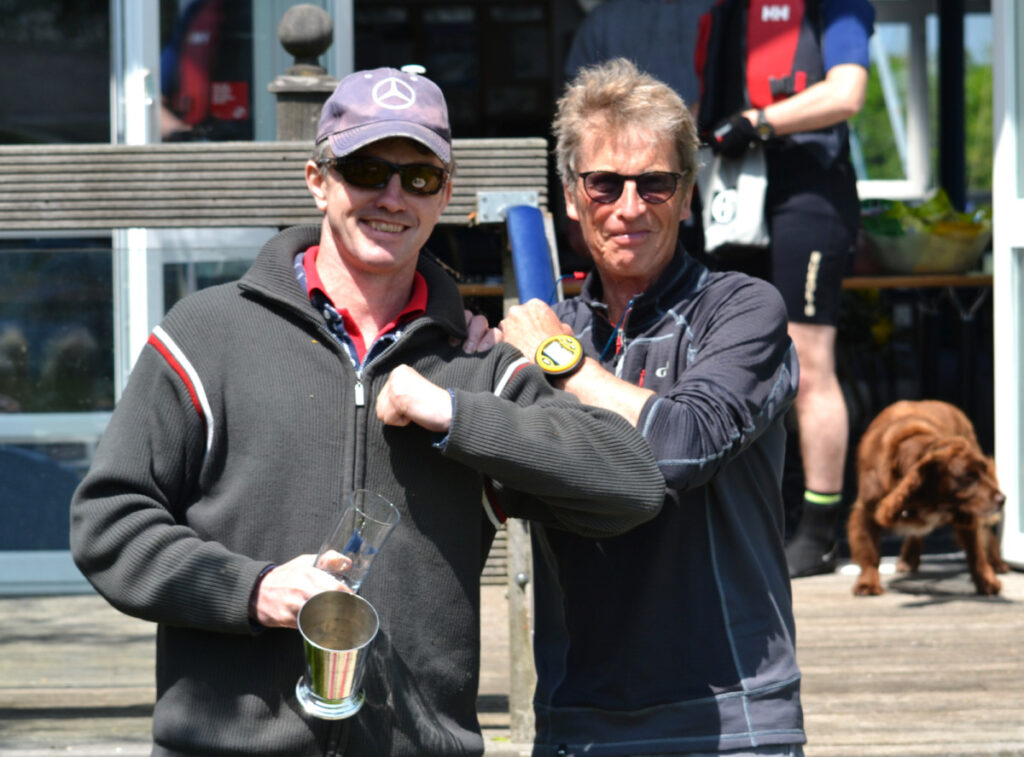 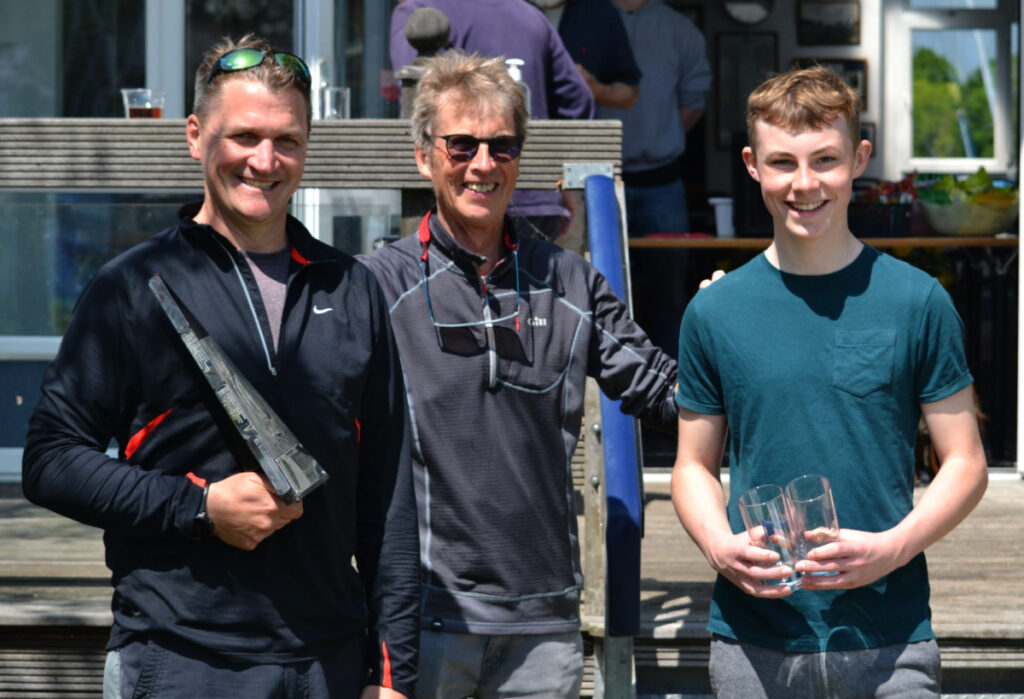 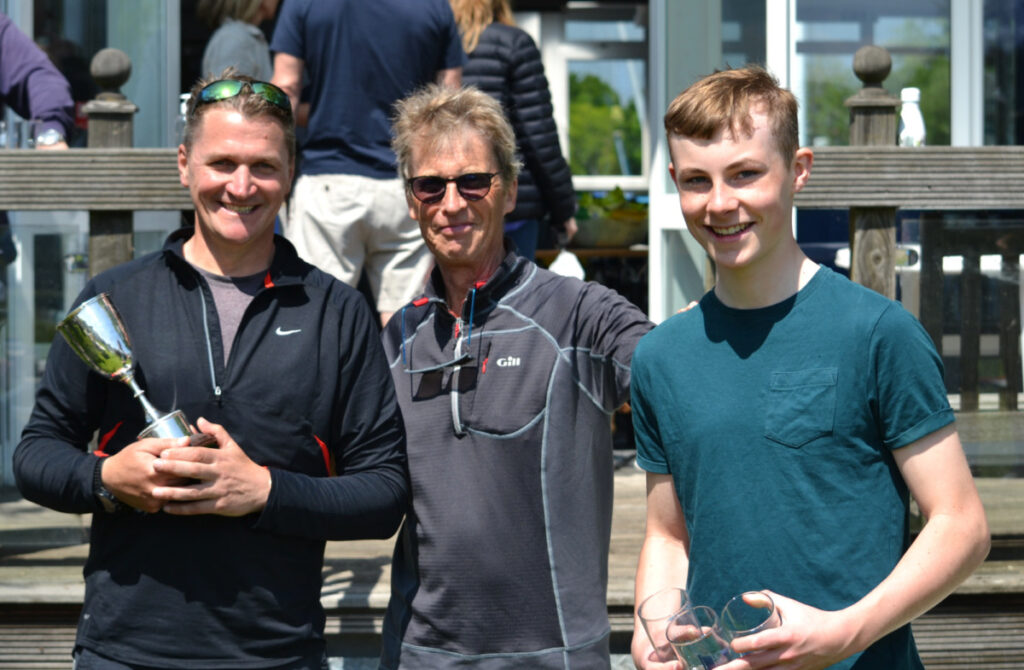 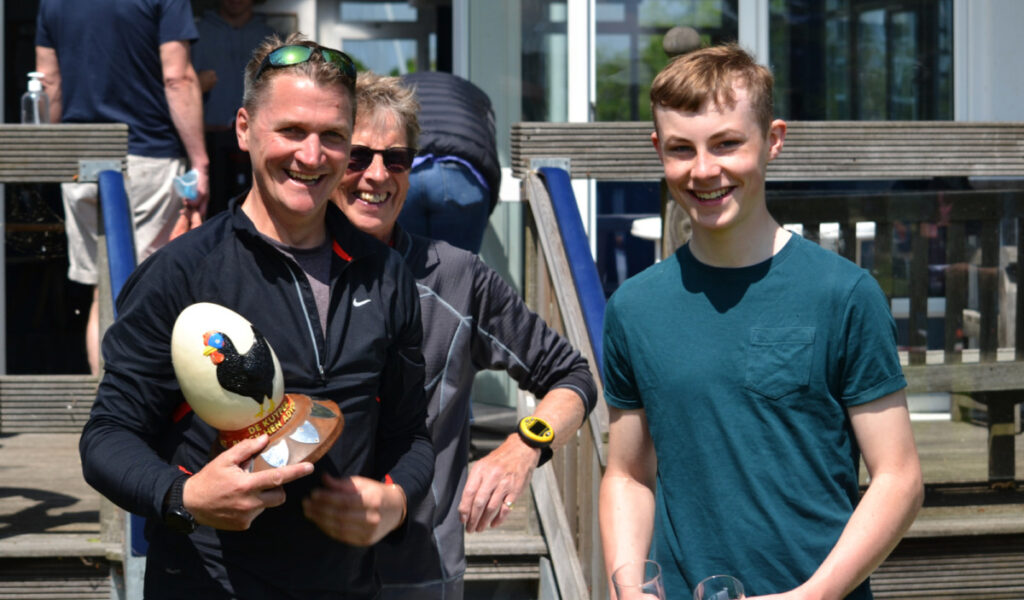 Congratulations to all the podium finishers!

Thanks as ever to this week’s volunteers.  In the box Berry and Sue, in the boat Mark Gardner and Jonathan Key.  Also to Nicky Johnson and helpers for running the bar.  Also thanks to Laser Class Captain John Edmondson who, at short notice, generously allowed one of our Junior Sailors Matthew Valentine to borrow his boat; a great example of the club’s supportive spirit.