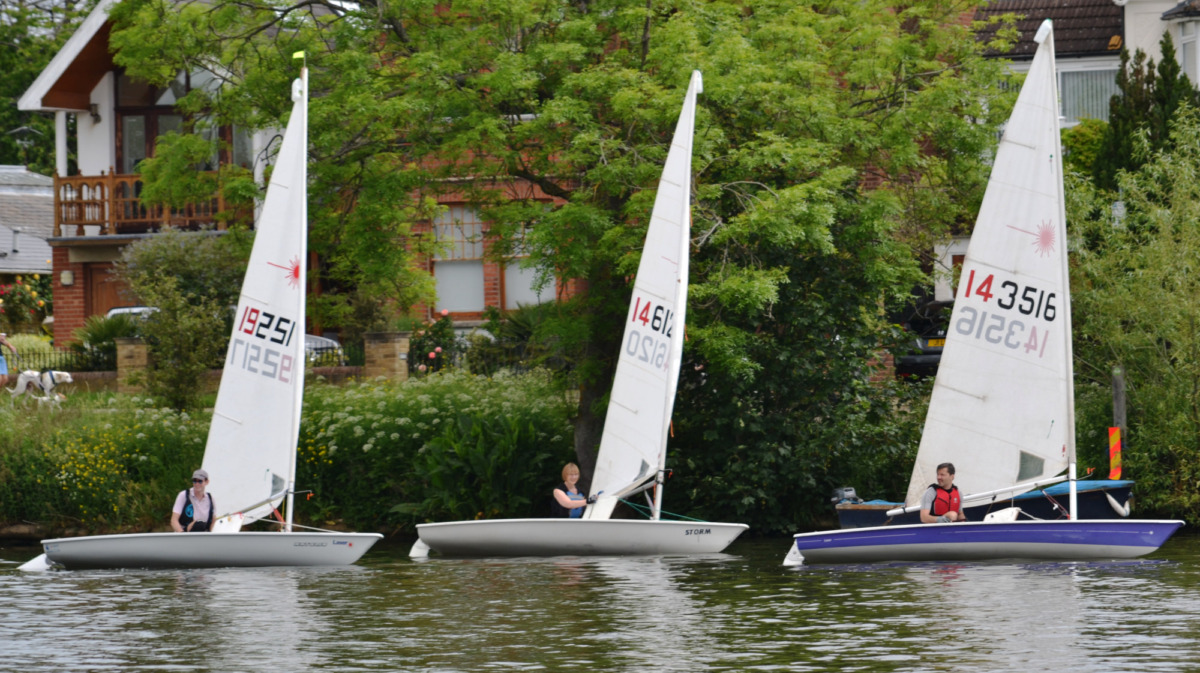 The glorious Teddington Riviera didn’t disappoint as the fleets gathered for another morning of navigating the shifty puffs of wind that lay in wait.

Rather unusually, the Laser fleet were all on the water in time for their start signal but less unusually had to labour in a fitful breeze to the Canbury.  Rather to his own surprise, it was bejant Henry Medcalf who emerged in the lead around the first mark and held on all the way to the Lensbury turn where he realised he was lining up to take the buoy the wrong way.  The pursuers overtook while he corrected his navigational faux pas and a valuable, if chastening, lesson was learned. 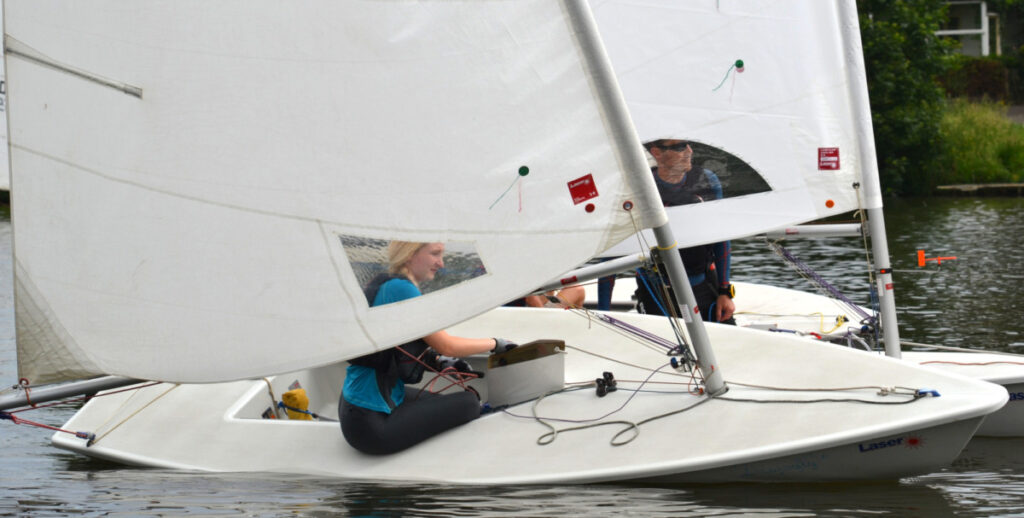 Set a dogleg course, the Lasers had some extra challenges to contend with compared to the other fleets. 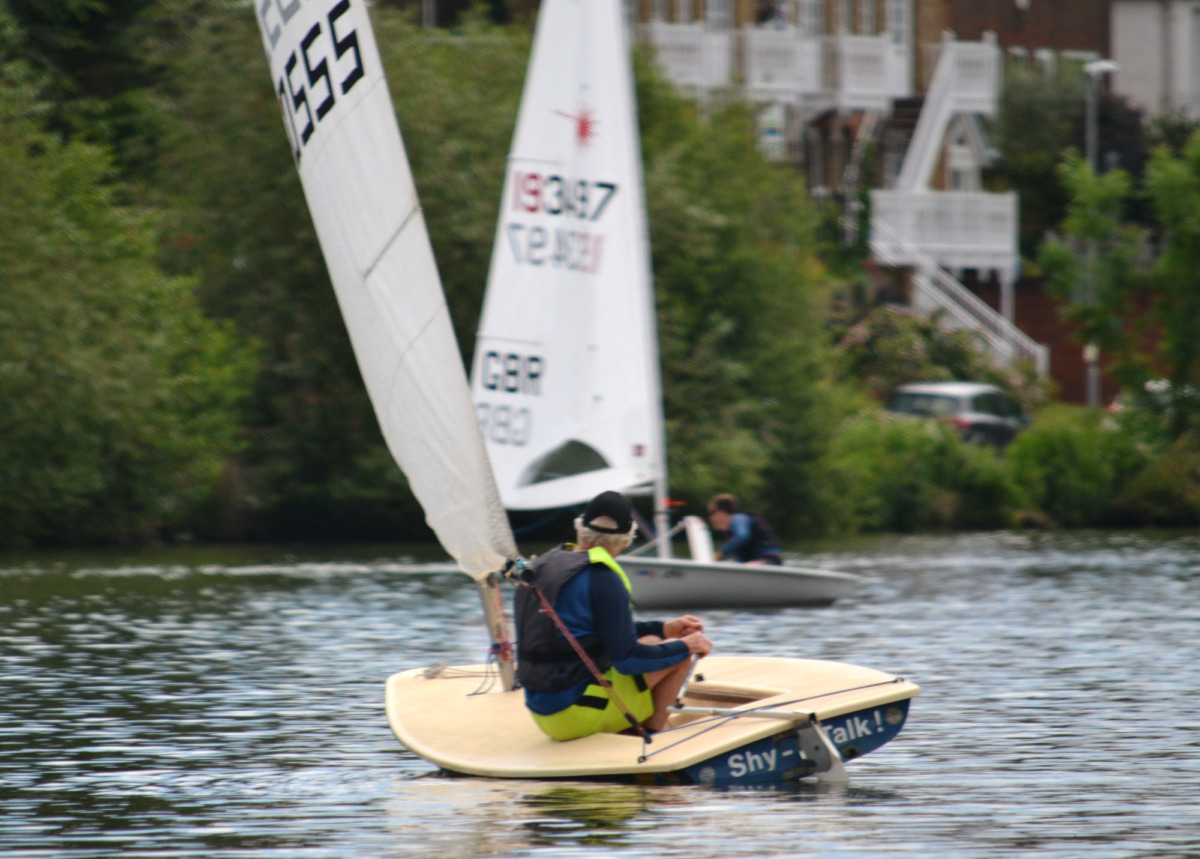 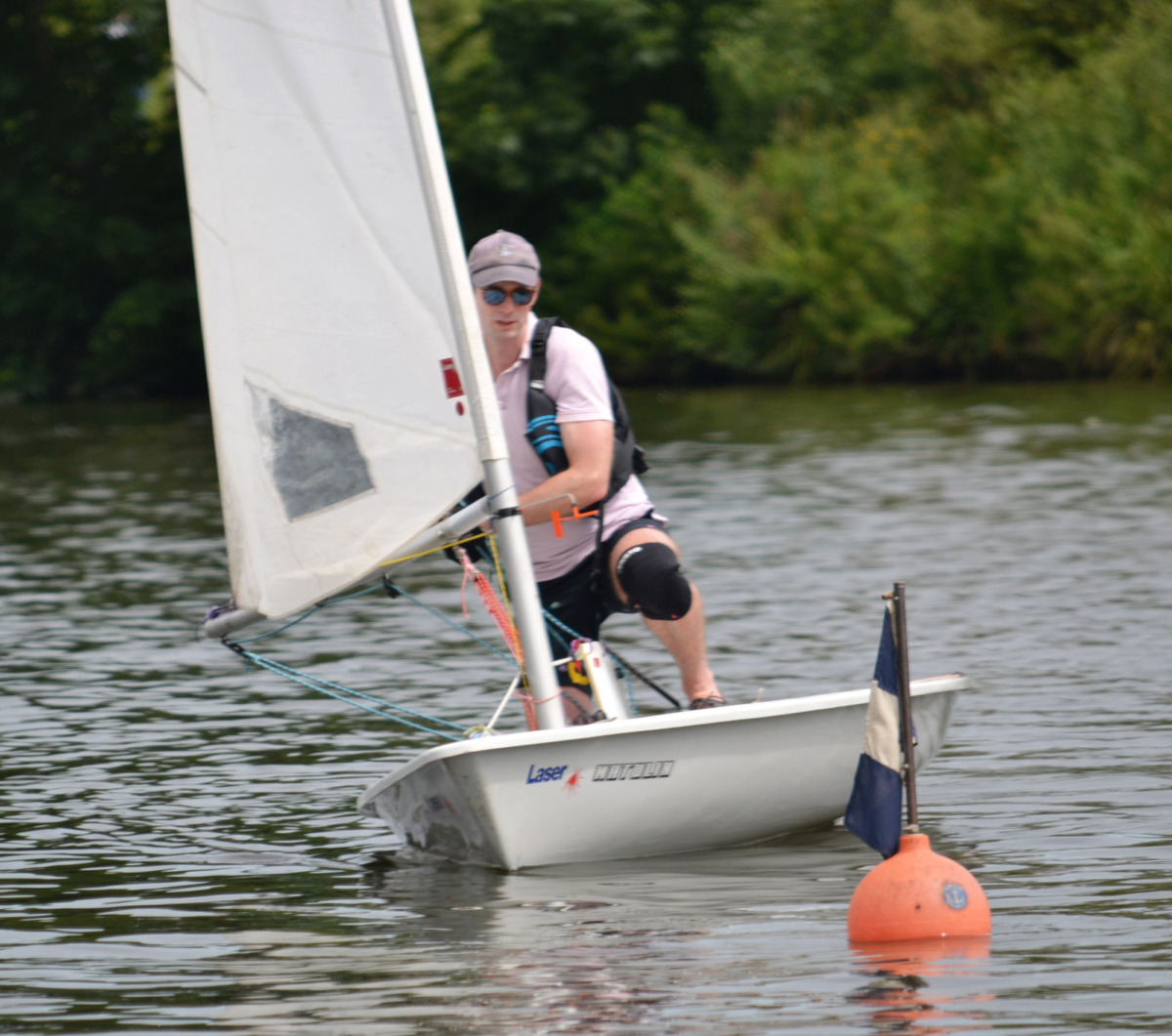 It is clear that the Tamesis Club Laser fleet is developing in to one where the winner can come from almost anywhere in the fleet.  This bodes well for the future and promises a continuation of the tight nip and tuck racing.

Three National 18s glided to the start line but only very slowly.  So slowly in fact that they were easily overtaken by some open water swimmers who were out for a bit of gentle crawl. 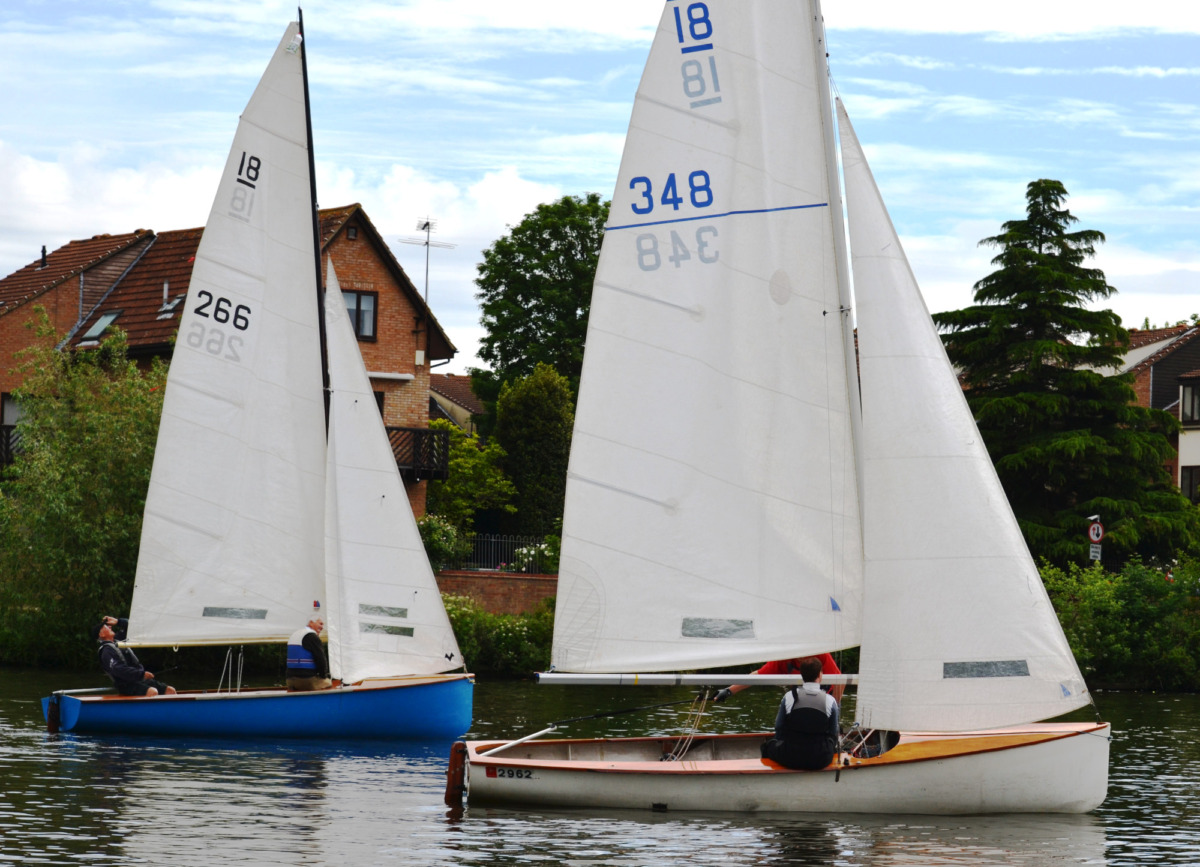 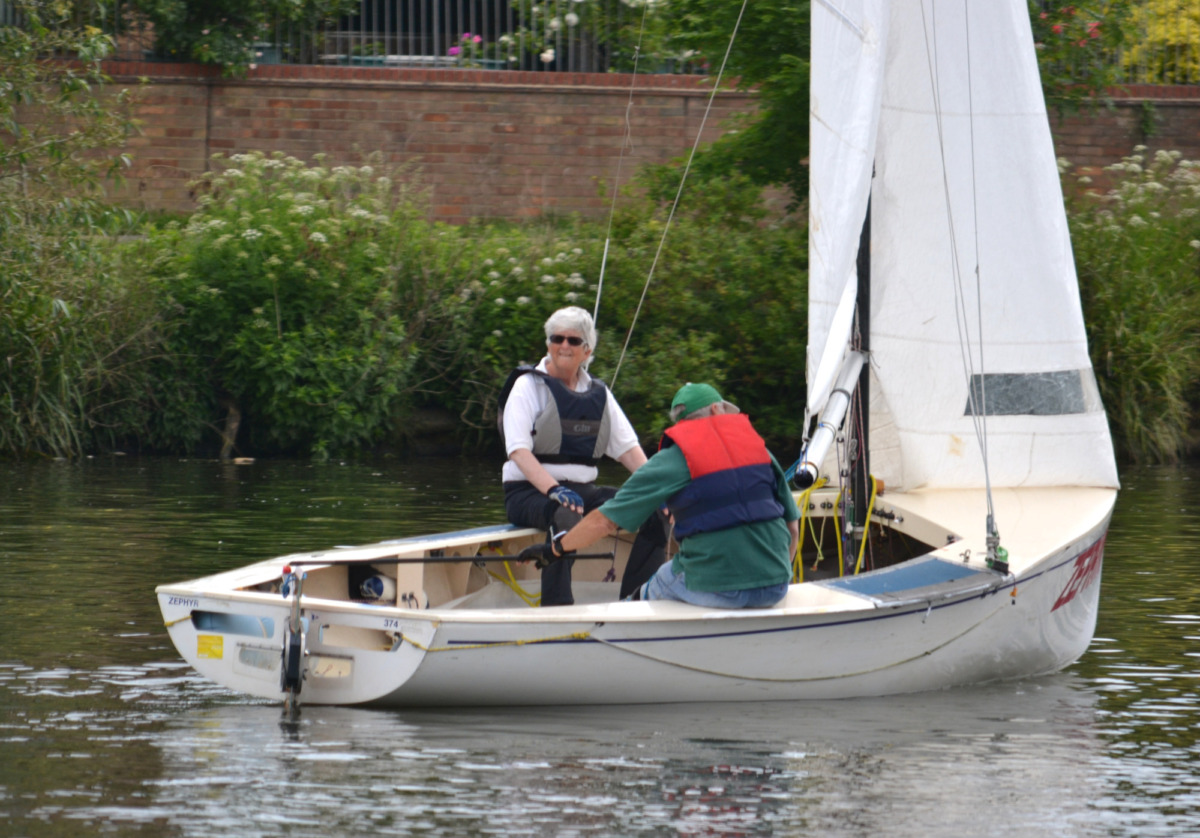 The Commodore Chris Pollard, crewed by Alastair Banks found their groove and came in a well-deserved first place on the water.  They were followed home by Charles Fox and crew, with Henry Defries and Carolyne Vines in third. 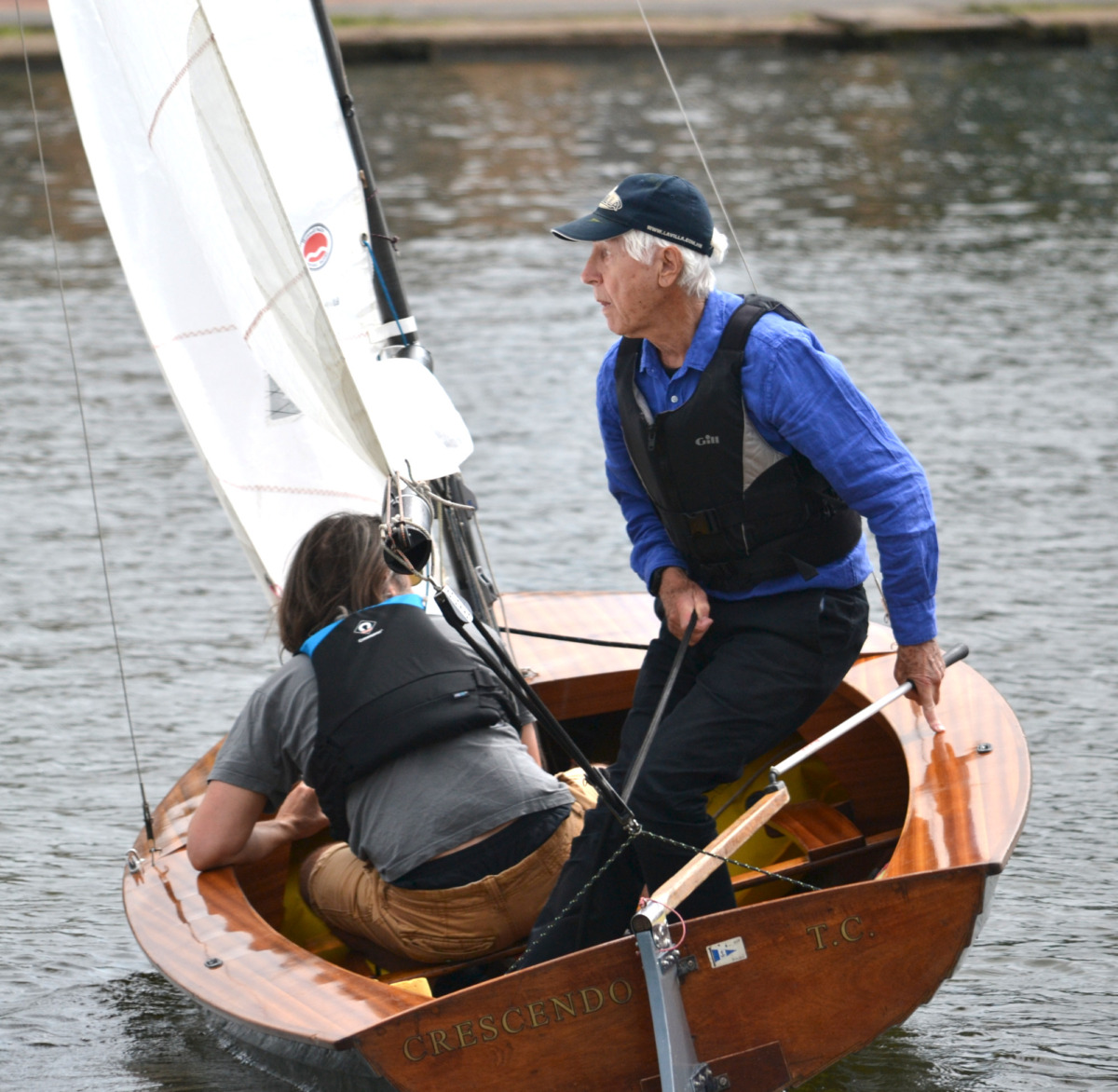 Starting as the Lasers were finishing and the N18s passing through, the Merlin departure was a little busier than a nine boat fleet might expect and made getting some clear air a problem. 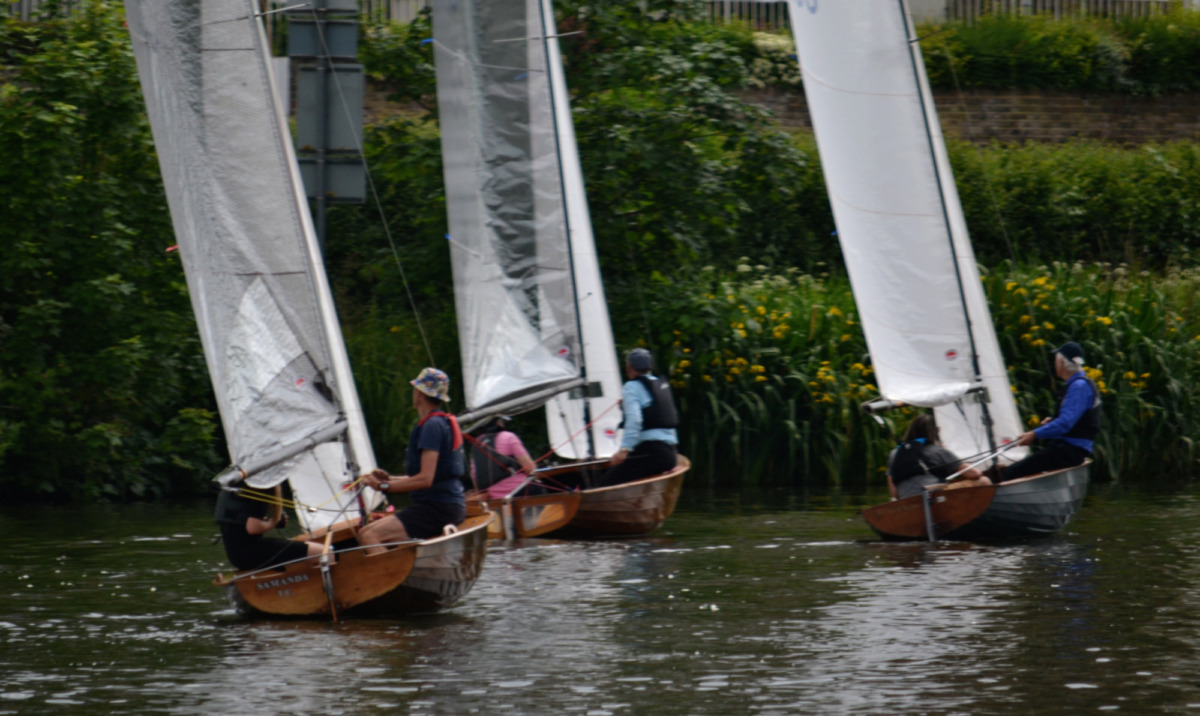 Once away from the line, the swift tackers forced themselves to the front and a group of three boat comprising Andy Harris and Matty Key, Peter and Richard Mason, and Tim Medcalf and Flora Laidlow broke away with the lead changing frequently. 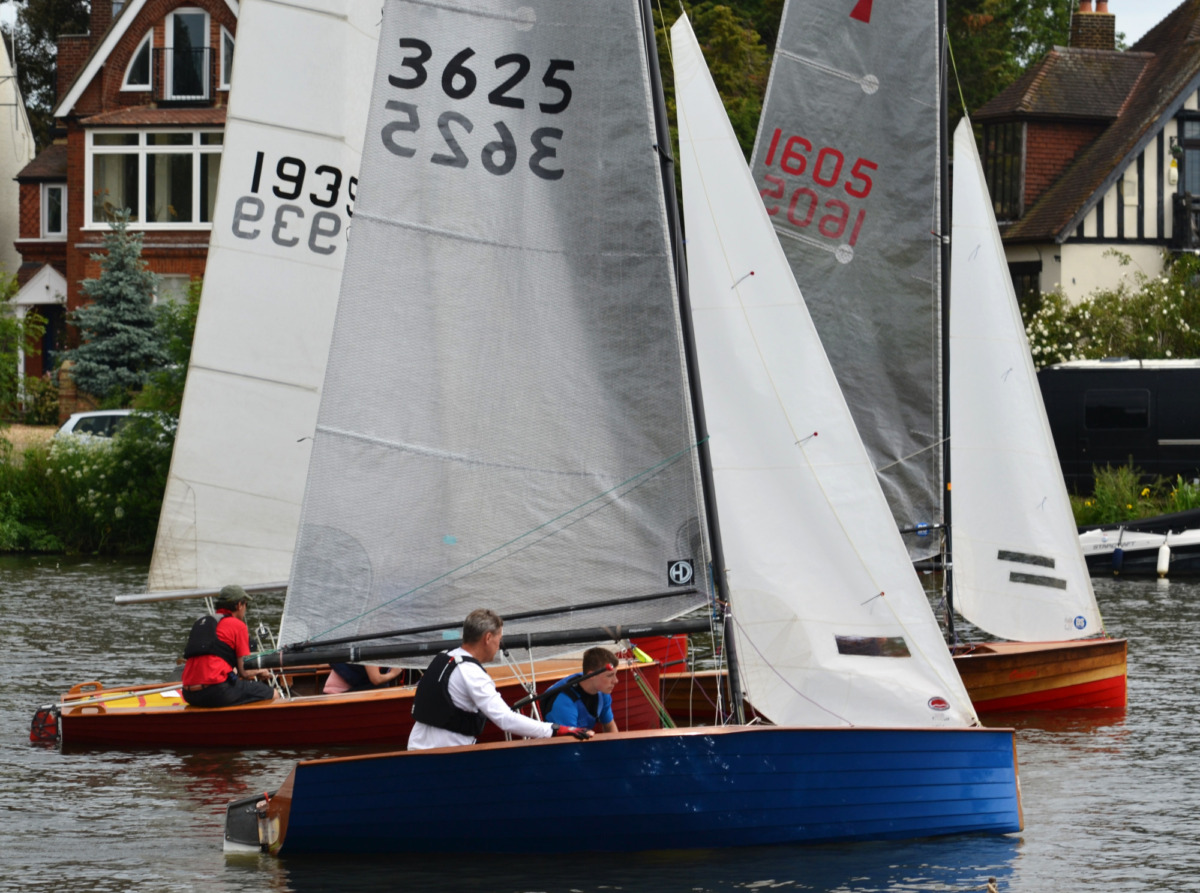 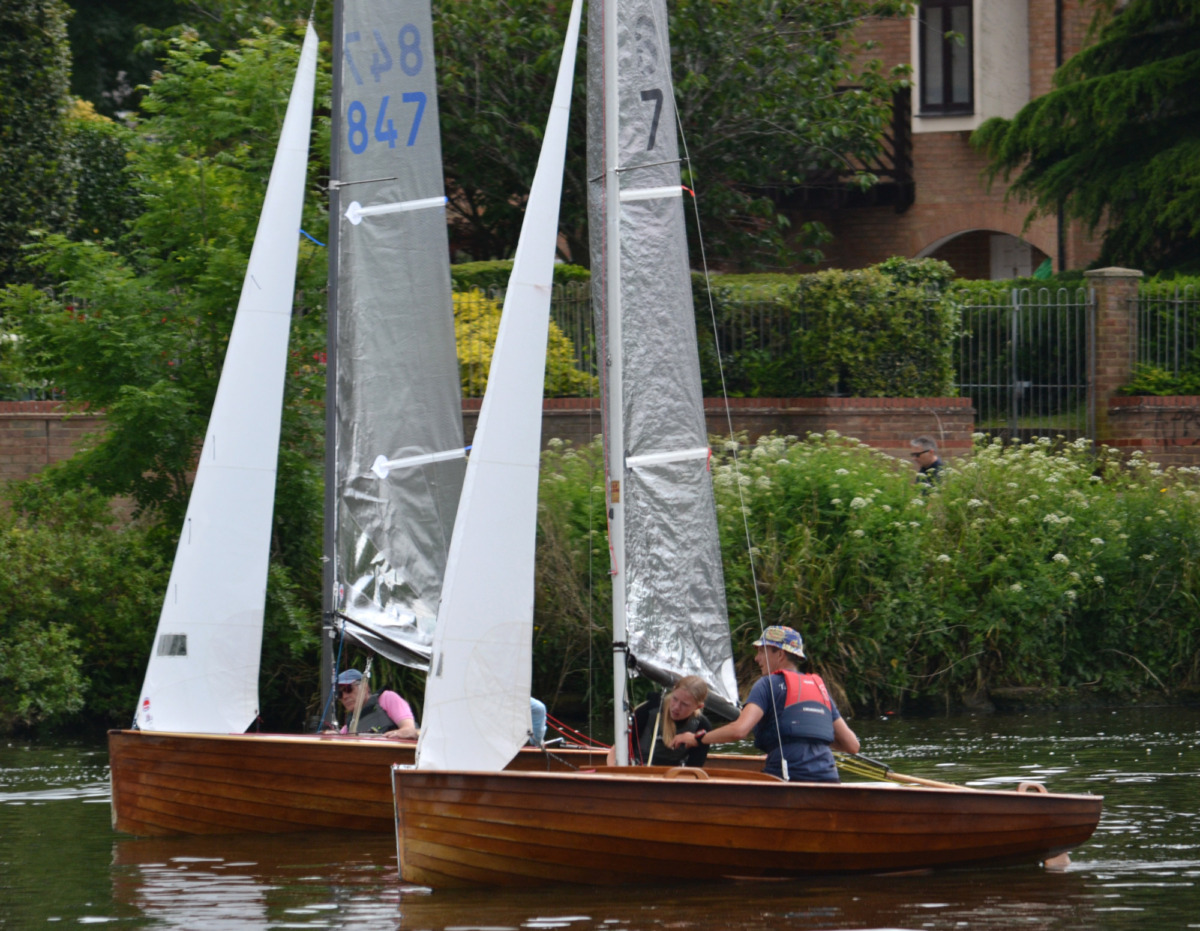 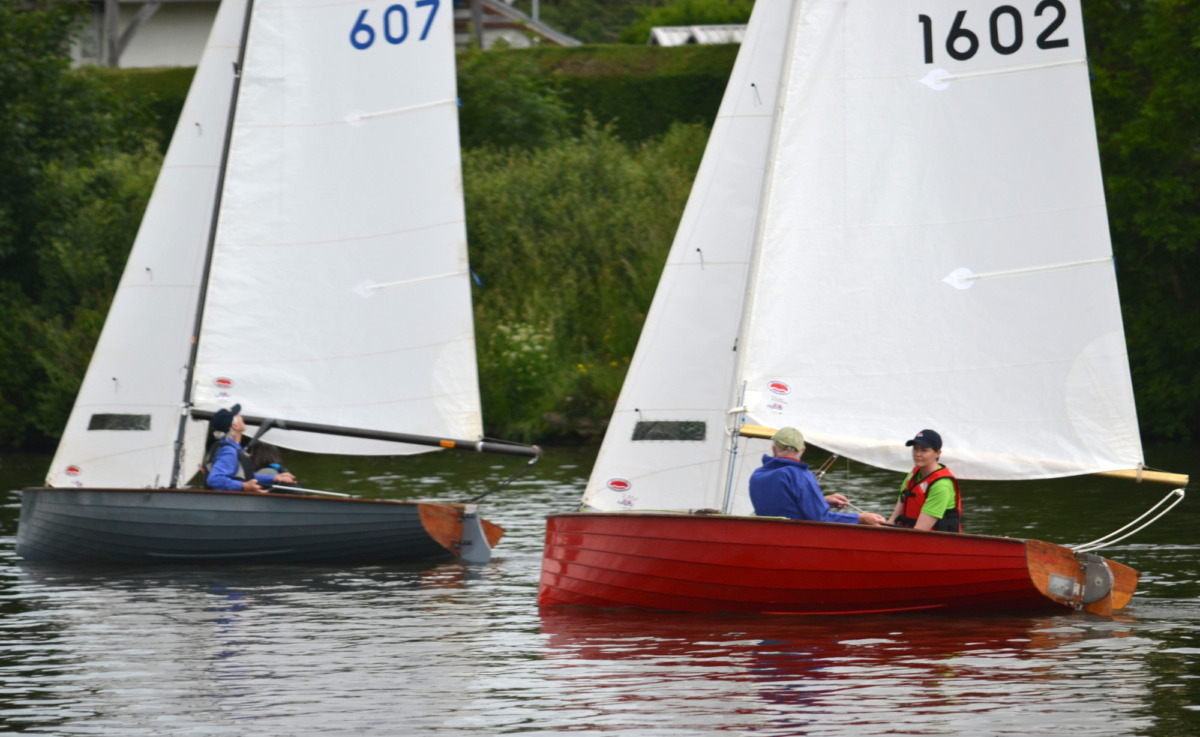 Despite the layoff, Berry quickly regained his sea legs and smoothly brought himself in to contention with the pointy end of the fleet, going on to be first across the line.  However, his champagne had to remain on ice due to an earlier infringement which saw Berry graciously retire himself from the scorecard.  This handed the win to Andy Harris, with the Masons coming in next, a canvas ahead of Medcalf/Laidlow.

Sailors were joined by supporters and spectators on the lawn for drinks from the bar and another outstanding BBQ run by Team Horwitz.  Perfect summer fare and thank you to Andrew, Deb, and Alden for running the BBQ, and Nicky Johnson and helper for the bar.

Thanks also to Marcus and Nicky Chavasse for managing the racing, to Martin Thomas and Graham King for running the patrol boat, and Jonathan Key for the photos.